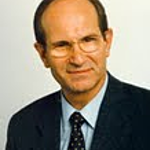 Alim Louis Benabid was born on May 2nd 1942, obtained his medical degree in 1970 and his Ph.D. in Physics in 1978. He is married and has two children. After a postdoctoral fellowship in the laboratory of Preclinical Neuropharmacology of Floyd Bloom, at the Salk Institute La Jolla California from 1979 to 1980, Alim Louis Benabid has been appointed Professor at Grenoble University, in Neurosurgery and Experimental Medicine until 1983, then in Neurosurgery and Biophysics. From1988 to 2007, he was the Director of the research laboratory INSERM unit 318, entitled Preclinical Neurosciences, and from 1989 to 2007, Head of the Neurosurgery Department at the University Hospital of Grenoble, Professor of Biophysics at Joseph Fourier University. Alim Louis Benabid is also Coordinator of the Claudio Munari Center for Surgery of Epilepsy and Movement Disorders, at Hospital Ni Guardia in Milan, Italy since 1998. He was also Staff consultant at the Cleveland Clinic Foundation, Ohio since 2000.

Activities of Alim Louis Benabid can be described under three themes:
Neurosurgical robotics and brain imaging: in order to obtain a precise stereotactic tool, interventional robots have been designed.
Experimental therapeutics in neuro-oncology: Alim Louis Benabid has developed surgical methods, particularly stereotactic, including application of robotics to approach functionally eloquent zones, implantation of radioactive isotopes, and particularly stereotactic biopsies of brain tumors for diagnostic and research purposes. From these biopsy samples, a brain tumor tissue bank has been elaborated. On the material of this Brain Tumour Bank, research on molecular biology is being conducted in his research unit.

The occurrence of abnormal involuntary movements during the long-term dopaminergic treatment of Parkinsonian patients has required the return of functional neurosurgery. In order to diminish side effects. Alim Louis Benabid has designed a new method of stereotactic inhibition of surgical targets, initially limited to the thalamus and to the pallidum. The discovery in 1987 of the effects mimicking the lesion induced by electrical stimulation at high frequency has allowed a rebirth of this surgery and new therapeutic possibilities. The remarkable efficacy of this treatment, associated to its very low morbidity, has permitted to apply it to other targets, particularly the subthalamic nucleus, and to diminish the medical treatments.

Currently his activity is oriented toward the understanding of mechanisms of action of deep brain stimulation at high frequency, the precise identification of the efficient targets and of the neuronal networks which are involved, as well as of possible long-term effects, particularly neuroprotective, which could be due to the long-term effects of the stimulation on the natural history of Parkinson's disease.