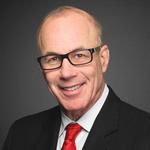 Stephen Klasko is President and CEO of Thomas Jefferson University and Jefferson Health and author of 2016’s “We Can Fix Healthcare in America: The Future Is Now.”  He previously served as CEO of USF Health and dean of the Morsani college of medicine at University of South Florida.  A board certified OB-GYN, he is bridging the art and science of medicine and healthcare information technology through an entrepreneurial-academic model.  After receiving his M.D, and completing his obstetrics and gynecology residency, he completed his M.B.A. at the Wharton School of Business, University of Pennsylvania.


At Jefferson he leads an academic medical center that consistently ranks among the top academic health systems in the country and has grown over the last two year to include 29,000 employees, twelve hospitals and over 2,000,000 patient visits.  In 2015, he led the merger of Thomas Jefferson University and Health System and Abington Health Network in one of the nation’s first shared governance, “hub and hub” academic medical center mergers.  He has also attracted Aria Health System and Kennedy Health System, two premier community academic medical centers in Pennsylvania and New Jersey to join this unique system.  Within the last year, Jefferson has also announced the plan to acquire Philadelphia University, a top ten design university in suburban Philadelphia.


He has authored over 200 publications and completed a multi-institutional grant on “Biases Physicians Bring To the Table” and has written two other books, “The Phantom Stethoscope: a field manual for an optimistic future in medicine” and Mamas Don’t Let Your Babies Grow Up To Be OB-GYNs.”  Dr Klasko lives in Philadelphia with his wife Colleen Wyse, a former publishing executive at Vogue and now founder of a startup Philadelphia fashion consortium.