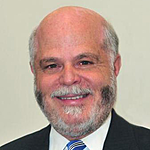 
Mr. Nathan is considered one of the nation’s leading authorities on organ and tissue donation.  He was elected to the Board of Directors for the United Network for Organ Sharing (UNOS) for three terms and served as Treasurer.  Mr. Nathan is a past president of the Association of Organ Procurement Organizations (AOPO), past president of the Coalition on Donation (now Donate Life America), and past president of the International Society for Organ Donation and Procurement (ISODP).  Mr. Nathan currently serves on the following boards:  Delaware Valley Healthcare Council (DVHC), Musculoskeletal Transplant Foundation (MTF) Governing Board and Donation Board of Trustees, the Pennsylvania Governor’s Organ Donation Advisory Committee, National Disease Research Interchange (NDRI), LifeLogics, Inc.  He also served on the Advisory Committee on Organ Transplantation (ACOT), National Kidney Foundation (NKF), North American Transplant Coordinators Organization (NATCO), James Redford Institute for Transplant Awareness, and American Red Cross Blood Services (Penn Jersey Region).


A visible figure in the field of transplantation, Mr. Nathan is a regular presenter at regional, national and international organ and tissue procurement, transplantation and medical/healthcare conferences, and has published more than 350 scientific papers and abstracts in his 38-year tenure.  He is consulted regularly by members of the media and has appeared on national and international TV news and talk programs (CNN, MSNBC, Geraldo, Donohue, Morton Downey Jr., CCTV (China), NHK (Japan).