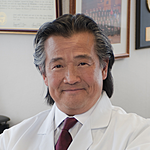 John J. Fung, MD, PhD, is the Chairman of the Digestive Disease Institute and the former Chairman of the Department of General Surgery at Cleveland Clinic.  Prior to this, he was the Chief of the Division of Transplant Surgery at the University of Pittsburgh. With more than 30 years involvement in kidney, liver, pancreas, islet, and intestinal transplantation, he is also an accomplished immunologist.

Between 1987 and 1988, he served as Director of Histocompatibility Testing at the University of Rochester and is currently the Medical Director for Allogen Laboratory, the Histocompatibility Testing Laboratory used by the Cleveland Clinic. In 1989, he joined the faculty at the University of Pittsburgh, and he held the tenured position as the inaugural Thomas E. Starzl Professor in Surgery. He is currently Chairman of the Department of Surgery and Professor of Surgery at the Lerner College of Medicine at Case Western University.


Dr. Fung is a member of numerous scientific and surgical societies and served as President of the International Liver Transplantation Society from 1997-1999. He has published more than 1000 articles and book chapters and serves on the editorial board for several medical journals. He is the past Editor-in-Chief for Liver Transplantation, the highest impact factor specialty transplant journal.

His principal research interests are in transplantation immunology, immunosuppressive therapies, and liver related immunology. He has received funding from the NIH, the Juvenile Diabetes Foundation, as well as support from industry. In addition, he has received numerous prestigious lay and professional awards.


Dr. Fung is active in community affairs and has been a member of the Board of Directors at the Americans for Medical Progress, the LifeBanc Organ Procurement Organization and the American Liver Foundation. He received an honorable discharge from the United States Army Reserve Medical Corps with the rank of Lieutenant Colonel. He lives in Chagrin Falls, Ohio, with his wife, Beth, and four children, Justin, Lauren, Brendan and Shannon.