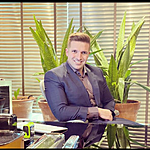 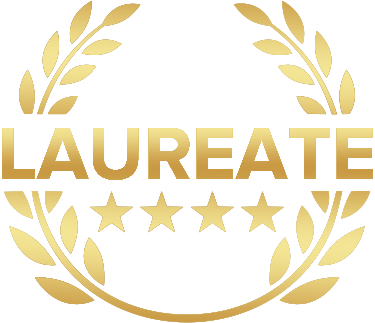 Dr. Cadegiani researches on fatigue-related conditions resulted in the article (“Adrenal Fatigue Does Not Exist: A Systematic Review”, published at the BMC Endocrine Disorders) that has become a world reference to debunk the existence of "Adrenal Fatigue", a fake disease, as mentioned in The Washington Post. In his studies, he realized different unrelated states that were markedly affected by fatigue had methodological issues in the assessment of hormones and metabolic parameters, and could have pathophysiological correlations between them. Among these states, he was called special attention for overtraining syndrome, for which endocrinology aspects were claimed to be central for the occurrence and as a major manifestation in this disease.

By addressing methodological issues on hormonal research, and aiming to answer the major questions on overtraining syndrome, as well as on healthy athletes, he conducted as the principal investigator the largest clinical study on the Endocrinology of Physical Activity, the Endocrine and Metabolic Responses on Overtraining Syndrome (EROS) study. The EROS study evaluated more than 110 parameters within more than 50 participants, including two control groups, that revealed multiple novel biomarkers and mechanisms not only in overtraining, but also in healthy athletes, and has been unfolded in more than 10 published papers.

In the EROS study, Dr. Cadegiani discovered the existence of a novel mechanism that occurs in physically active subjects, termed as 'hormonal conditioning', by proving that hormonal axes have optimized responses to any type of stimulation, not restricted to physical effort, which may justify several of the benefits found in athletes that were not clarified until then. He has discovered more than 45 biomarkers in overtraining syndrome, and created the first validated scores for the diagnosis of Overtraining Syndrome. He proposed a new model of understanding underperformance-related syndromes, coining the term 'Paradoxical Deconditioning Syndrome (PDS)', since the hallmark characteristic that he identified in athletes that lost performance was the loss of the conditioning processes that occur in several systems in athletes.

His multiple discoveries include the testosterone-to-estradiol ratio, as being a better predictor of multiple clinical and biochemical behaviors, rather than each hormone alone, opening doors to the hormonal balance era, instead of isolated analyzes. He also unraveled that prompt hormonal responses to stimulations predict the ability for explosive physical responses, whereas prolonged hormonal responses predict longer time-to-fatigue in sports. e helped raise the amount of protein intake necessary for athletes

Dr. Cadegiani has become a worldwide expert in both Endocrinology and Sports Medicine fields, providing a unique endocrinological perspective to Physical Activity.
Dr. Cadegiani is the only author of the sole book in Overtraining Syndrome, the prevailing sport-related disease among amateur and professional athletes. He is also responsible for approximately 70% of the articles published in the field in the world in the last 05 years, and reviewer for more than 90% of the manuscripts in the field.

Dr. Cadegiani research fields go beyond fatigue and related conditions. He is a worldwide known expert for obesity management, amongst the largest experts in pharmacological weight loss management, and the creator and of the first scientifically proven effective therapy to prevent bariatric surgery in morbidly obese subejcts.

Dr. Cadegiani contributions to the obesity field also include the first chapter fully dedicated to describe the dysfunctions of the liver in obesity and responses to bariatric surgery. the first drug to reduce early and late Dumping's syndrome after bariatric surgery, and has now demonstrated paradoxical weight loss markers, including increased homocysteine and triglycerides, which usually are considered as being negative parameters, but represent positive correlation with fat loss.

Currently Dr. Cadegiani has a position at Federal University of São Paulo as a mentor of the MSc and PhD programs in Clinical Endocrinology. He obtained his medical degree in University of Brasilia in 2008, finished his residency in internal medicine in the same university in 2010 and fellowship in Endocrinology and Metabolism in HBDF, Brasilia, Brazil, in 2012.

His superlative achievements include amongst the fastest PhD obtained in the history of Federal University of São Paulo (7 months) and concurrent gold medals in Mathematics, Chemistry and Physics Brazilian Olympics in his adolescence.

Dr. Cadegiani believes that there is much to discover in the world of androgens and skin-related diseases, and how skin and hair can provide a deeper and more precise steroidal and metabolic mapping, particularly in the long term, in contrast to the snapchat sort of analysis of blood samples. He wants to expand the understanding of the multiple crosstalks between skin and hormones, and describe a thorough characterization of the peculiarities of the steroidal steroidogenesis in the hair and skin, as well as the implications for diagnoses and therapeutics.