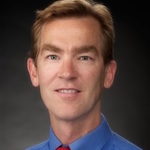 Dr. Cobbs is a neurosurgeon with particular interest in brain tumor biology. When he was an undergraduate at Princeton University, he was called by his parents to come home because his mother had been diagnosed with a malignant brain tumor. Miraculously, after undergoing surgery for what was presumed to be a brain tumor, she was found to have a brain abscess. Although just a sophomore in college, Dr. Cobbs was so impressed by the team of neurosurgeons and physicians who took care of his mother that he decided he wanted to be a neurosurgeon and focus on brain tumors. After college, Dr. Cobbs worked for a year at a laboratory with a world-renowned cancer virologist prior to going to medical school. During medical school, Dr. Cobbs applied for and was awarded a research fellowship at the National Institutes of Health (NIH) to work in the laboratory of infectious diseases and virology. During medical school, Dr. Cobbs interest in the viral-induced cancers merged with his prior interest in neurosurgery and he sought out one of the premier training programs in the country at the University of California in San Francisco where he was trained by Dr. Charles Wilson,  Dr. Philip Gutin, and Dr. Mitchell Berger, some of the worlds most eminent brain tumor neurosurgeons.


After training at UCSF, Dr. Cobbs returned to the University of Alabama where he was the chief of the Veterans Administration neurosurgery program at the University of Alabama in Birmingham. There he initiated his research focus in brain tumor biology, having received postdoctoral fellowship training at UCSF. While studying inflammation and angiogenesis and glioblastoma, Dr. Cobbs hypothesized that a viral infection might be at the root of brain tumor biology. Amazingly, the initial experiments looking for a virus that was the top candidate, cytomegalovirus (CMV), revealed that nearly 100% of glioblastoma tumors are infected by this virus. This research was published in the journal Cancer Research in 2002. While it has remained somewhat controversial, several years later it was confirmed by groups at Duke University, M.D. Anderson Cancer Center, Karolinska Institute in Stockholm Sweden, et cetera. Based on the hypothesis that CMV might be promoting aggressive features of glioblastoma biology, Dr. Cobbs was awarded a NIH SPORE grant while at UAB in order to further investigate the role of CMV in glioma biology. This also led to other research at Duke University and Karolinska Institute aimed at treating glioblastoma patients with antiviral approaches.


Although it was not possible to try using the antiviral drug Valcyte in US patients, due to the prohibitive cost and lack of support of the pharmaceutical company, Dr. Cobbs’ colleagues in Sweden were able to begin treating patients with Valcyte on a clinical trial protocol.  The study was improperly designed, and this led to confusion in terms of its results. However, retrospective analysis of patients with glioblastoma who took Valcyte continuously after diagnosis demonstrated a likely potent antitumor response. This was published as a letter to the New England Journal of Medicine in September 2013. Concurrent with this research, investigators at Duke University, led by Drs. John Sampson and Duane Mitchell, began to investigate the possibility that vaccinations against CMV in glioblastoma patients might be able to reawaken a dormant immune response to the virus. Preliminary phase I studies from Duke suggest that this strategy may be beneficial in the setting of immunotherapy against CMV for glioblastoma.


Dr. Cobbs continues to focus on treating brain tumor patients as a neurosurgeon and Director of the Ivy Center for Advanced Brain Tumor Treatment at Swedish Neurosciences Institute in Seattle, Washington. In this capacity, Dr. Cobbs oversees multiple research projects ongoing at the center. These include collaborations with the Allen Institute for brain research as well as multiple other projects such as “High
Throughput drug screening” for cancer stem cells, immunotherapy approaches to glioblastoma, et cetera. Dr. Cobbs hopes to lead the first clinical trial in the U.S. using antiviral drugs for glioblastoma.


Dr. Cobbs is married and has 3 children.  He is an avid outdoorsman and enjoys downhill skiing, triathlons, and time with his family.