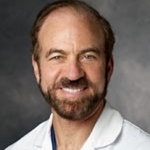 Gary K. Steinberg was born on July 31, 1952 in Brooklyn, New York and was raised in Westchester County, New York. He graduated summa cum laude with Honors in Biology from Yale University, where he was elected to Phi Beta Kappa. Before attending medical school he studied classical trumpet on a music study scholarship at the Institute for Advanced Musical Studies in Montreux, Switzerland. He was accepted into the Medical Scientist Training Program at Stanford University School of Medicine and graduated with a MD and PhD in Neurosciences in 1980. He completed his surgical internship and residency in Neurological Surgery at Stanford. During his training he received an NIH NINDS Individual National Research Service Award to investigate aneurysmal subarachnoid hemorrhage, and he spent one year studying cerebrovascular surgery with Charles Drake in London, Canada.

In 1987 Dr. Steinberg joined the faculty at Stanford as an Assistant Professor in Neurosurgery, being promoted to Associate Professor with tenure in 1993 and Professor in 1997. He founded the Stanford Stroke Center in 1991 and is currently the Co-Director. He was appointed Chairman of the Department of Neurosurgery at Stanford in 1995 and holds the Bernard and Ronni Lacroute–William Randolph Hearst Endowed Chair of Neurosurgery and the Neurosciences. In October, 2008 Dr Steinberg was appointed Director of the Stanford Institute for Neuro-Innovation and Translational Neurosciences (SINTN).

Dr. Steinberg’s experimental research investigates the pathophysiology and treatment of acute cerebral ischemia, as well as methods to restore function after stroke. His laboratory has studied the role of excitatory amino acids, oxidative stress, inflammation and gene expression in experimental stroke, and has explored various therapeutic and restorative strategies such as NMDA antagonists, anti-inflammatory agents, mild brain hypothermia, gene transfer therapy and stem cell transplantation. He has received numerous grants including NIH NINDS R01 and P01 grants, with continuous NIH funding as Principal Investigator since 1987. He was recently awarded a $20 million grant from the California Institute of Regenerative Medicine to investigate neural stem cells for treatment of motor deficits following sub-cortical stroke and translate this into a Phase I clinical trial.

The many honors Steinberg has received include an American Association of Neurological Surgeons Young Faculty Award and Santa Clara County Medical Association, 2010 Outstanding Achievement in Medicine Award. He has been elected to Castle Connelly’s Top Doctors in America, America’s Top Surgeons, National Register’s Who’s Who, Best Doctors in America and International Health Professional of the Year. Dr. Steinberg has been Visiting Professor at various academic institutions and given more than 400 invited talks at scientific meetings throughout the world. He has been a member of NIH NINDS Study Sections, the NIH NASCET Monitoring Committee, and served on the editorial boards of the Journal of Cerebral Blood Flow and Metabolism, Neurosurgery, Cerebrovascular Diseases, the Journal of Stroke and Cerebrovascular Diseases and World Neurosurgery.

Dr. Steinberg is married to Sandra Garritano and they have two children, Jeff and Liz.