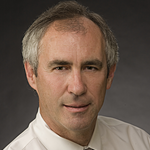 Dr. Hanscom is a board certified orthopedic surgeon specializing in complex spine problems in all areas of the spine. He has expertise in adult and pediatric spinal deformities such as scoliosis and kyphosis. A significant part of his practice is devoted to performing surgery on patients who have had multiple prior spine surgeries. He works for Swedish Neuroscience Specialists in Seattle, WA with eight neurosurgeons and a physiatrist.


He is the founder of the “DOCC” project. It stands for “Defined, Organized, Comprehensive, Care.” This is a structured rehabilitation protocol for chronic pain, which involves:


Educating the patient so as to regain control of their decision making.


Surgery is considered in the overall context of the rehabilition effort and is only performed on specific structural problems. He is working with Swedish Hospital in Seattle, WA to improve access to structured non-operative care. My Call to Action


He is the founder of the Puget Sound Spine Interest group, which was formed in 1987. It is a non-profit educational group, which provides a regional forum for physicians to share ideas regarding optimum spine care.


“Awake at the Wound” is a process, which brings athletic performance principles into the operating room. He co-founded the program with his golf-instructor, David Elaimy, in 2006. David Elaimy is also a performance coach who has been giving golf-based performance seminars in the financial sector for over fifteen years.


Orthopedic consultant for Premera (Blue Cross/LifeWise of WA, OR, AK)


Member of Best Doctors of America


His medical degree is from Loma Linda University in 1979.


His residency training began with internal medicine in Spokane, WA from 1979-1981.


Orthopedic surgery residency was done at the University of Hawaii from 1981-1984.


He did a six-month orthopedic trauma fellowship in 1984 at UC Davis in Sacramento, CA.


His spinal deformity fellowship was completed in Minneapolis, MN at Twin Cities Scoliosis Center in 1986.