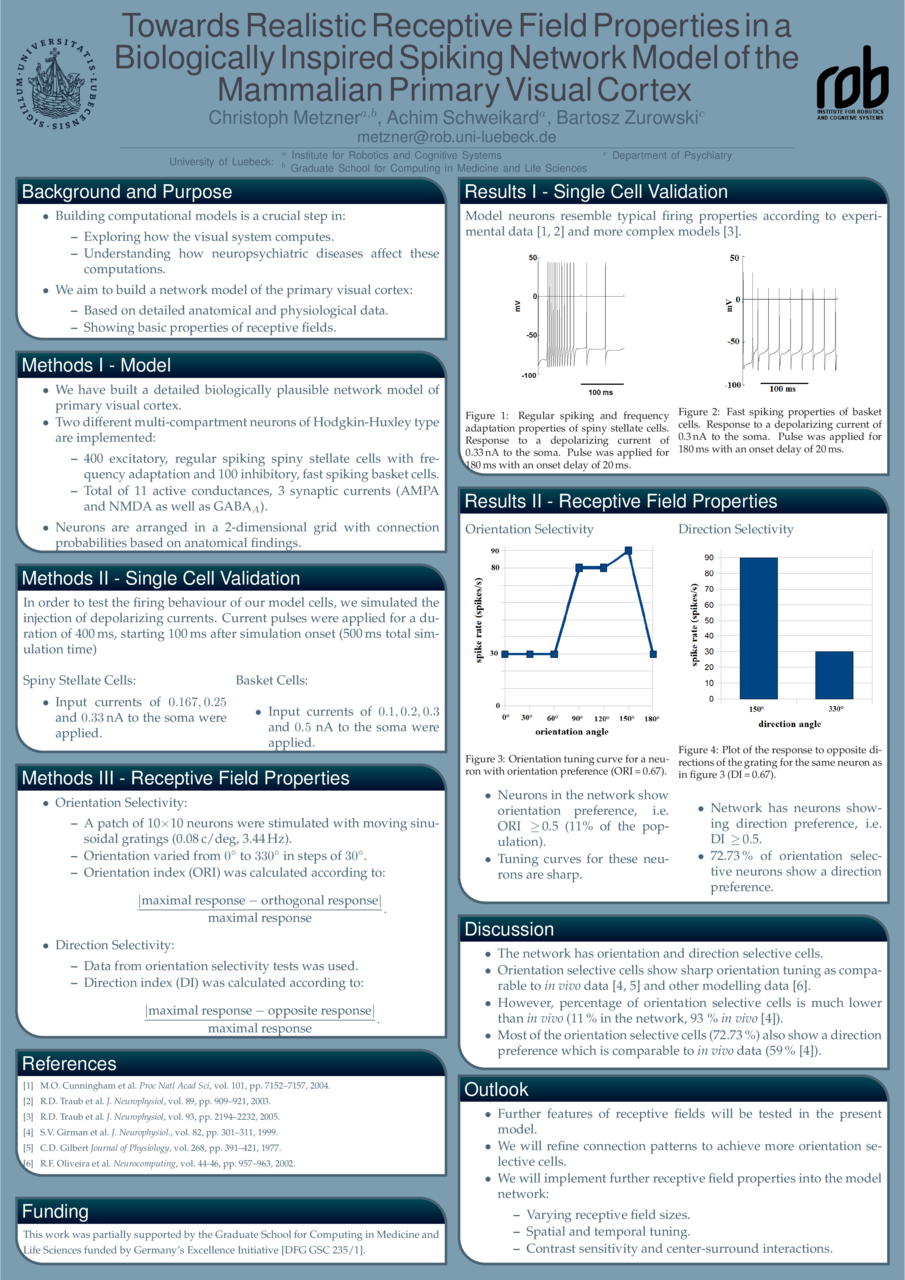 The mammalian primary visual cortex is one of the most studied brain regions and we have a good understanding of the basic principles of information processing in the visual system. Since the operation principles in cortical regions are similar, and dysfunctions of some of these principle networks is thought to underlie several neurological and psychiatric diseases, it appears particularly fruitful to explore candidate mechanisms in the comparatively well-known visual cortex. Building computational models is a crucial step in exploring how the visual system computes and in understanding how neuropsychiatric diseases affect these computations. Our approach tries to incorporate anatomical and physiological data in order to build a model capable of showing a diversity of different, well-understood features. Therefore, we have built a detailed biologically plausible model that unifies as many aspects of early visual processing as possible, with a focus on receptive field properties of single neurons. We used multi-compartment neurons of Hodgkin- Huxley type with a total of 11 active conductances that allowed us to tune single neurons to different firing properties according to experimental data [1,2] and more complex models [3] Afterwards, we assembled the network with biologically plausible connections and synaptic mechanisms. In contrast to the model of Oliveira et al. [4] our model is based on more detailed single neuron models and was designed to include a broader variety of receptive field properties.
ADVERTISEMENT

The Opioid Epidemic and Primary Headache Disorders: A Nationwide Population- ...

Hashimoto’s Encephalopathy: A Case Report and Literature Review of an Enceph ...

Xia-Gibbs Syndrome: A Rare Case Report of a Male Child and Insight into Phys ...

© Copyright 2012
Metzner et al. This is an open access poster distributed under the terms of the Creative Commons Attribution License CC-BY 3.0., which permits unrestricted use, distribution, and reproduction in any medium, provided the original author and source are credited. 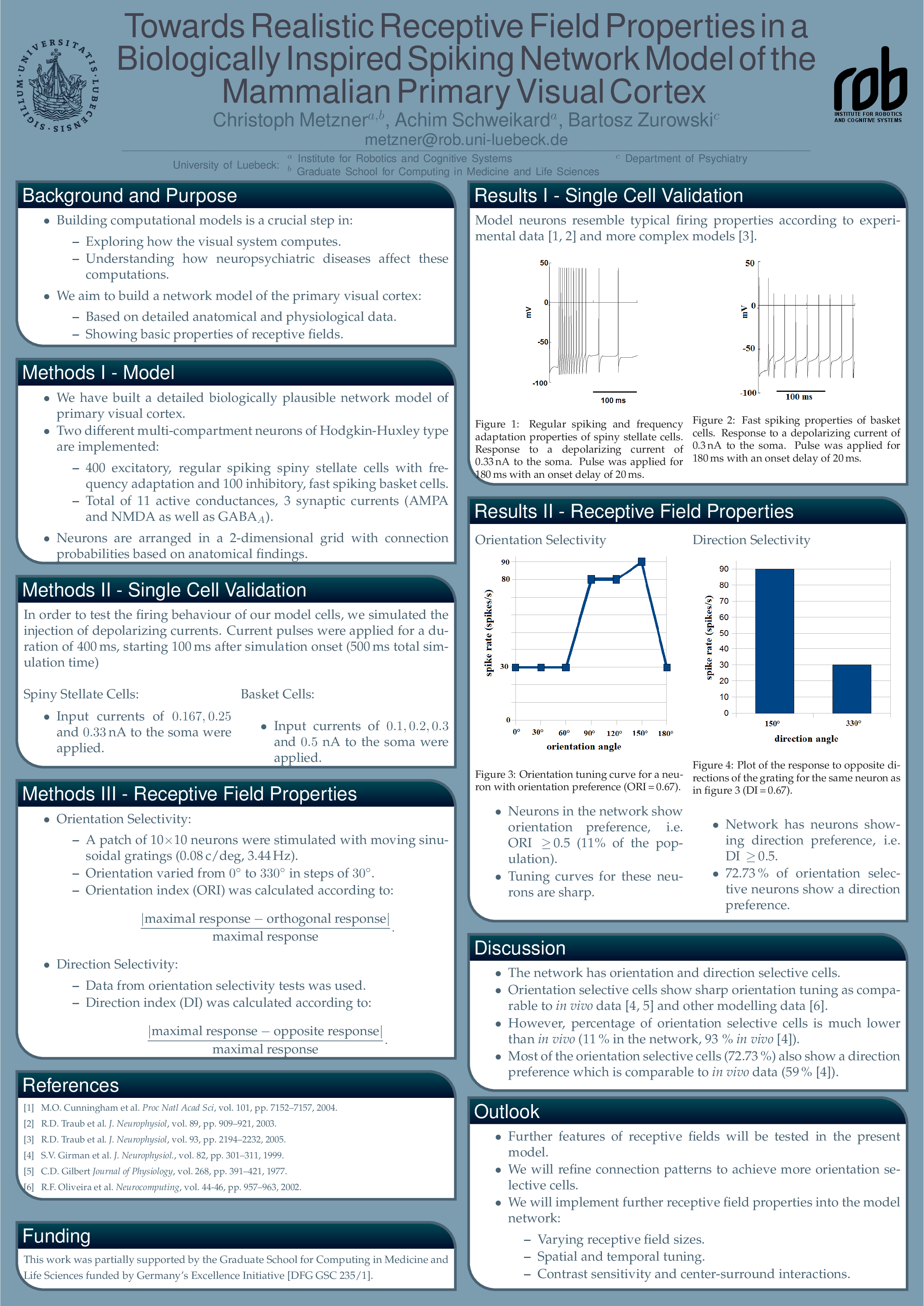