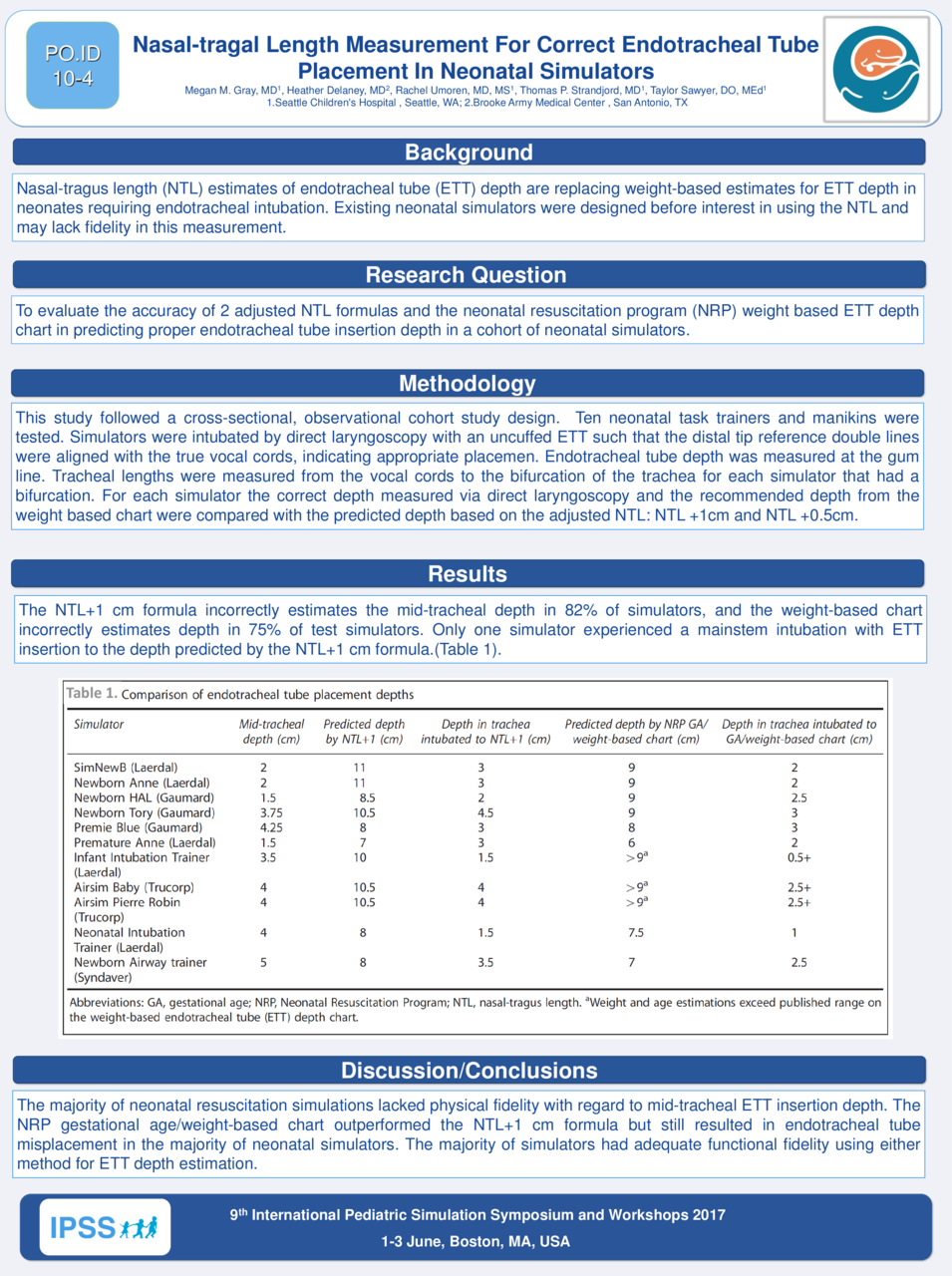 : Accuracy of the Nasal-tragus Length Measurement for Correct Endotracheal Tube Placement in a Cohort of Neonatal Resuscitation Simulators

Background: Nasal-tragus length (NTL) estimates of endotracheal tube (ETT) depth are replacing weight-based estimates for ETT depth in neonates requiring endotracheal intubation. Existing neonatal simulators were designed before interest in using the NTL and may lack fidelity in this measurement.

Methodology: This study followed a cross-sectional, observational cohort study design.  Ten neonatal task trainers and manikins were tested. Simulators were intubated by direct laryngoscopy with an uncuffed ETT such that the distal tip reference double lines were aligned with the true vocal cords, indicating appropriate placemen. Endotracheal tube depth was measured at the gum line. Tracheal lengths were measured from the vocal cords to the bifurcation of the trachea for each simulator that had a bifurcation. For each simulator the correct depth measured via direct laryngoscopy and the recommended depth from the weight based chart were compared with the predicted depth based on the adjusted NTL: NTL +1cm and NTL +0.5cm.

Discussion/Conclusions: The majority of neonatal resuscitation simulations lacked physical and functional fidelity in regards to ETT insertion depth. The formula NTL + 1cm outperforms the NTL+0.5cm formula and the NRP weight-based chart, but still resulted in endotracheal tube misplacement in the majority of neonatal simulators.  The SimNewB™, Newborn Anne™, Premie Blue™ and Premie Anne™ manikins had the highest levels of physical and functional fidelity of the neonatal simulators evaluated.

: Accuracy of the Nasal-tragus Length Measurement for Correct Endotracheal Tube Placement in a Cohort of Neonatal Resuscitation Simulators

© Copyright 2017
Gray et al. This is an open access poster distributed under the terms of the Creative Commons Attribution License CC-BY 3.0., which permits unrestricted use, distribution, and reproduction in any medium, provided the original author and source are credited. 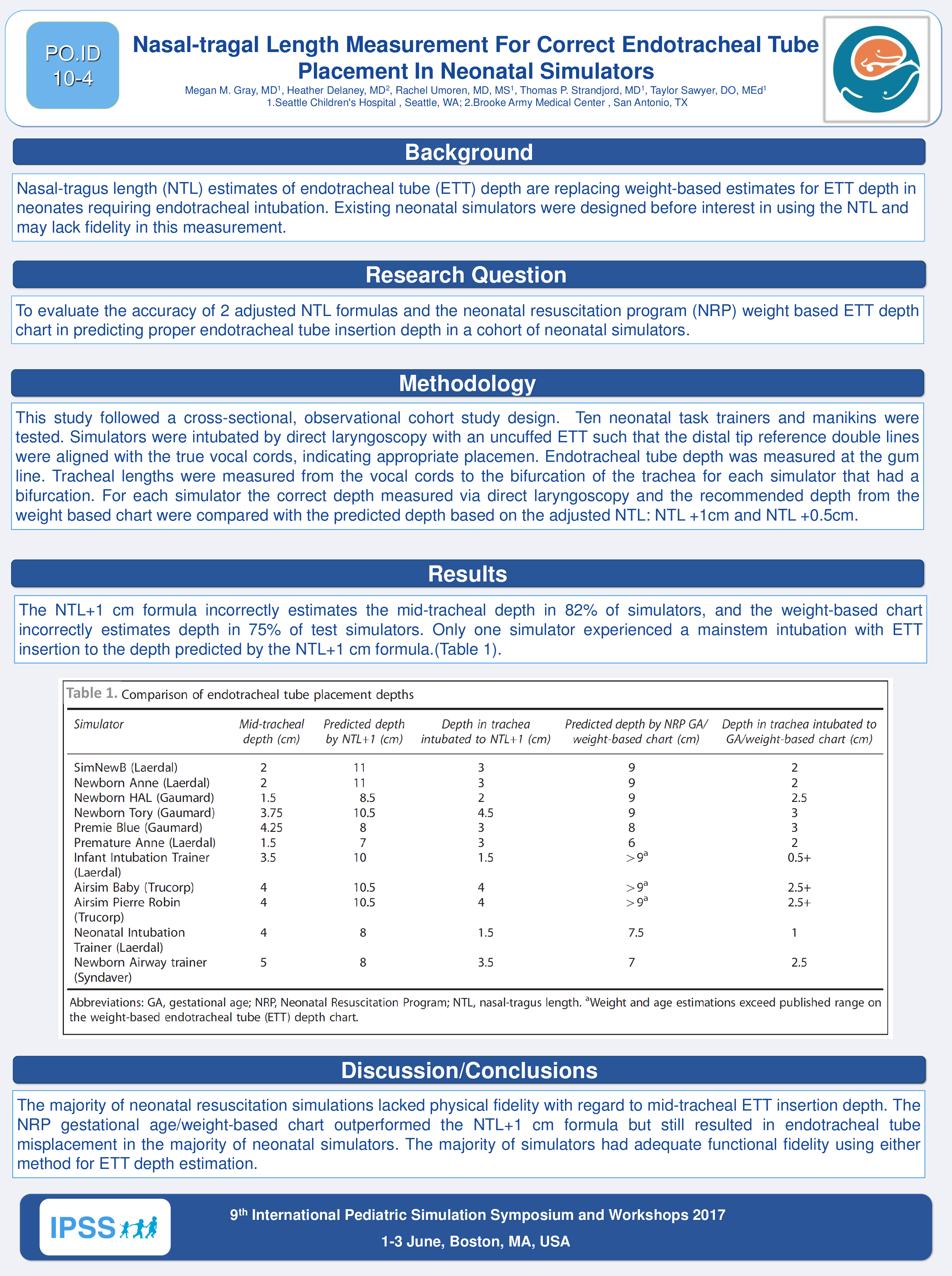