A 75-year-old female presented to the emergency department with complaints of abdominal pain, burning micturition, dysuria and hematuria for the last two weeks. The patient described it as a feeling of heaviness in the perianal region. On questioning, the patient reported that such complaints had been occurring for the last 20 years and she has been operated 15 times for stones in the urinary bladder by her primary care physicians in the village. Also, she had received multiple treatments for her episodes of urinary tract infections during this time. The patient's diet composed of food with high levels of oxalate, spinach, and red meat. She also reported drinking poor water as the village had no access to clean water source.

During the physical examination, a non-tender lump was palpable in the suprapubic region. The urinalysis test was consistent with hematuria and pyuria. Remaining investigations, including the renal function tests, were within the normal limits. The X radiation (X-ray) showed six large calcifications, each measuring 5.5x4.5 cm along with multiple small calcifications in the pelvic cavity. Ultrasonography revealed bilateral hydronephrosis along with multiple giant vascular calculi. Cystoscopy performed before the surgery showed round and oval urinary stones. Cystolithotomy was performed and stones were removed. The combined weight of all the stones was approximately 450 g. The stones were not adherent to the bladder mucosa. The primary bladder incision was closed with two layers of 2.0 catgut sutures. No urethral obstruction was found. Through the urethra, Foley’s catheter was inserted. Figure 1 reveals the stones removed from the urinary bladder of the patient. 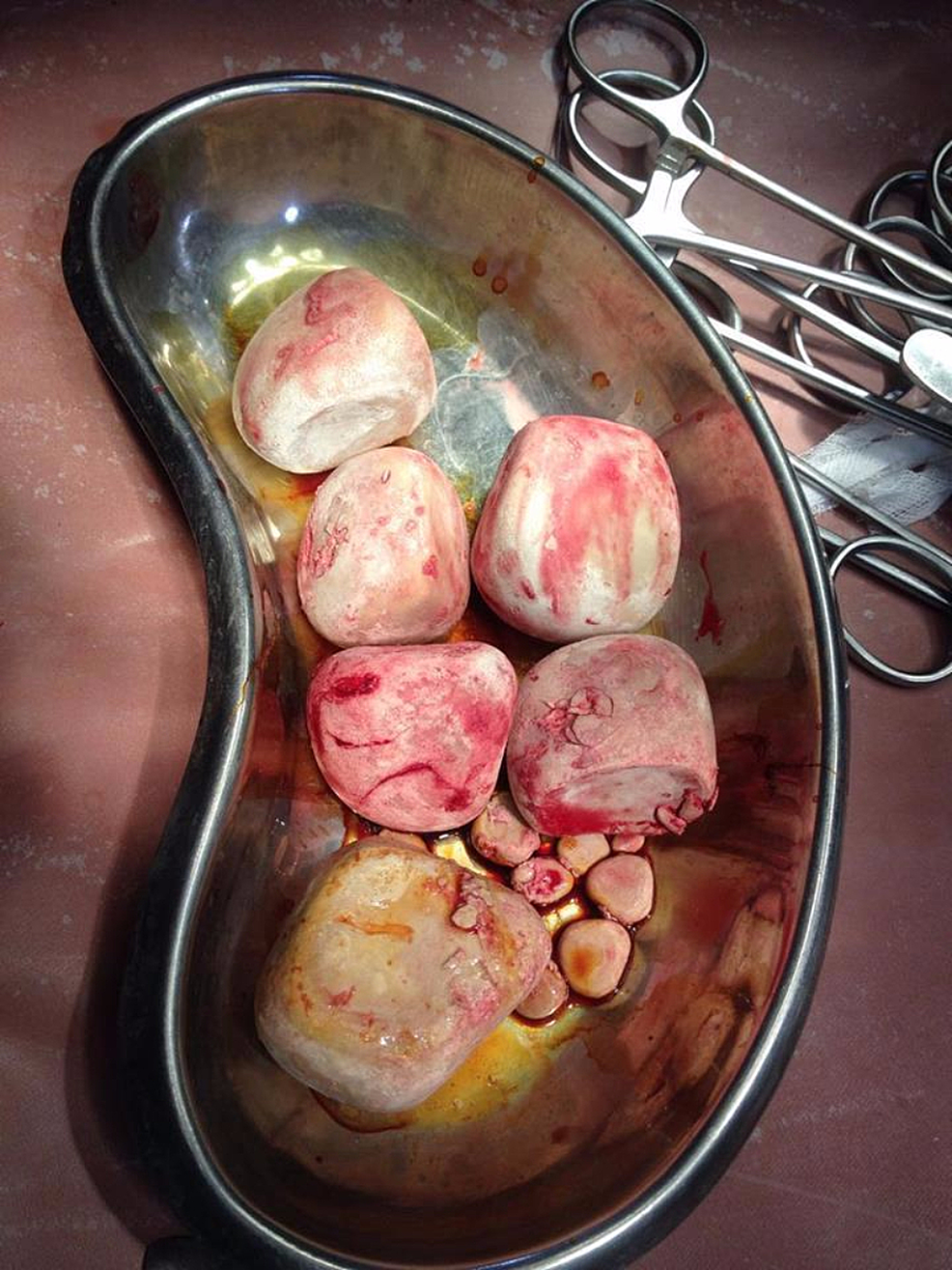 Figure 1: The urinary bladder stones removed during the surgery of the patient.

The urinary stones in female patients are a rare phenomenon. Ninety-five percent of the urinary stones are found in the male patients [3]. Our patient came from a village where people had no access to safe drinking water and lacked necessary diagnostic facilities in the area. The patient's medical history accounts of multiple urinary tract infections and lack of access to safe drinking water source may have resulted in large stones in the patient. In addition to this, any undiagnosed metabolic syndrome can be a cause of recurrent stone in the patient. Due to loss to follow-up by the patient, we were unable to diagnose any metabolic condition which may have caused the repeated formation of stones.

The formation of stones is a prolonged process resulting from the supersaturation of the solubility product in the urinary stream. Once the supersaturation exceeds the critical limit, the crystal precipitates out [4]. Typical components of urine like calcium, oxalate, uric acid, and phosphate make up most of the calculi formed in the urinary system. Repeated urinary tract infections caused by urea-splitting bacteria commonly Proteus mirabilis which leads to an alteration in the pH of the urine is a common cause of struvite stones [5]. A history of suprapubic pain dysuria, weak urinary stream and hematuria may be helpful in the diagnosis of stones in the urinary tract but are not pathognomonic since tumors, and other lesions in the bladder may cause similar signs and symptoms.

The X-ray and ultrasound are helpful in the diagnosis of stones in the urinary bladder. Ninety percent of the stones are made up of calcium phosphate and calcium oxalate, so they are radiopaque on the plain abdominal radiograph [6]. Less radiopaque stones include cysteine, uric acid or struvite stones [6]. The choice of treatment depends on the cause and size of the calculus. For stones smaller than 2 cm in size, the extracorporeal lithotripsy appears to show a good result [7]. For stones larger than 2 cm in size, the surgery is the primary treatment option. Cystolithotomy is the preferred method of removing sizeable urinary bladder stones from the body [2].

The large size of the bladder stone can cause urinary stasis leading to hydronephrosis and eventually renal failure. We found two cases of renal failure caused by giant bladder stones in the female patients [8]. Although our patient did not suffer any complication from the giant urinary balder stones, we recommend immediate treatment in the short term to avoid further complications.

We present the case of a female patient with multiple episodes of urinary tract infection and urinary bladder stones in the past. It was her 16th operation for the removal of urinary bladder stones. We recommend that physicians should be able to rule out the possibility of the urinary stones in any patient with a significant history of urinary infections and urinary calculi, presenting with urinary complaints. The treatment should not be delayed to prevent any possible complications. Renal function tests should be regularly followed for such patients. In cases of recurrent stones, regular medical workup of the body should be done to rule out any enzyme deficiency or any undiagnosed metabolic syndrome.

© Copyright 2017
Ishtiaq et al. This is an open access article distributed under the terms of the Creative Commons Attribution License CC-BY 3.0., which permits unrestricted use, distribution, and reproduction in any medium, provided the original author and source are credited.

Figure 1: The urinary bladder stones removed during the surgery of the patient.