Whipple’s disease commonly presents as chronic diarrhea and abdominal pain. Ascites is an uncommon presentation of Whipple’s disease. Here, we report a rare case of a 47-year-old male who presented with diarrhea and abdominal distention for three months. The physical examination was significant for ascites. Serum albumin was low and serum-to-ascites albumin gradient was < 1.1 g/dl. This suggested that ascites was less likely to be present due to portal hypertension. Enteroscopy showed erythematous duodenum and jejunum; biopsy was suggestive of periodic acid-Schiff stain (PAS) positive macrophages consistent with Whipple’s disease. During the hospital course, the patient improved with intravenous (IV) ceftriaxone. 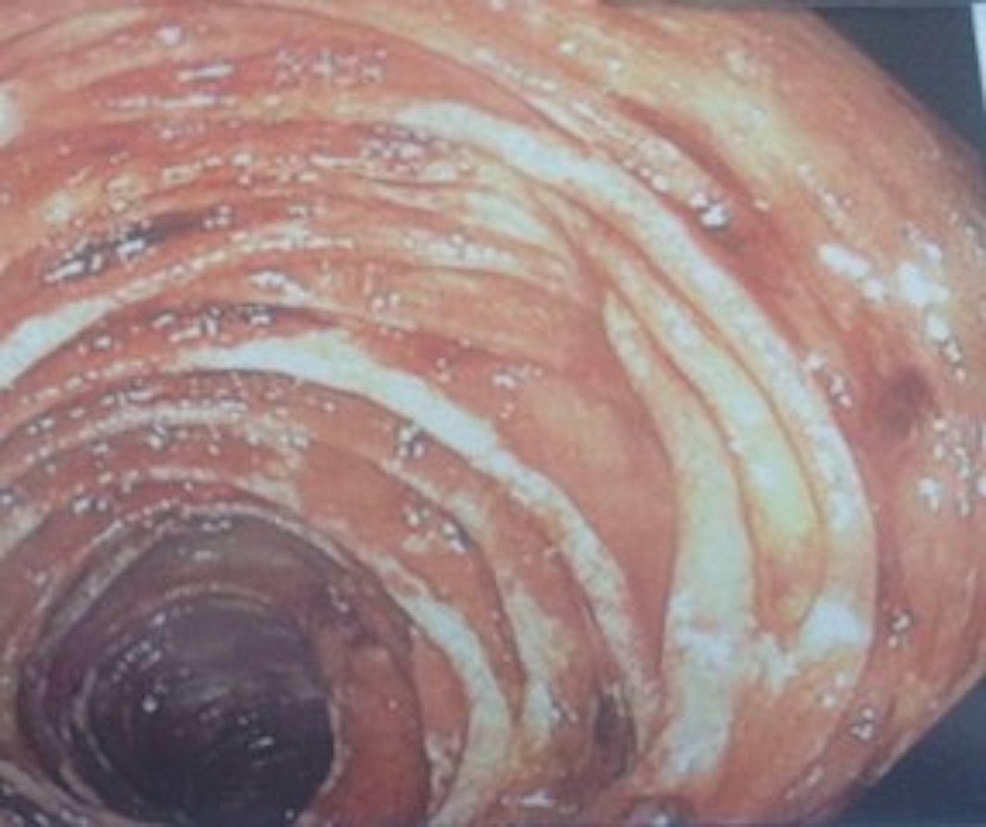 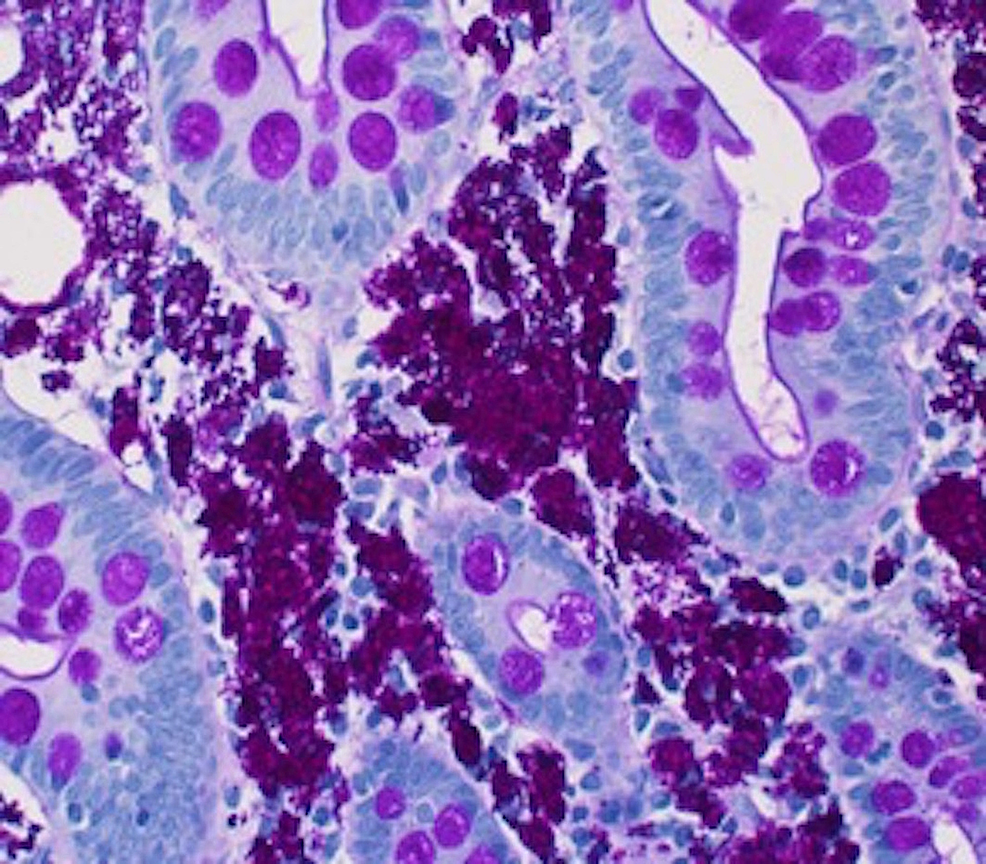 The patient was started on intravenous (IV) ceftriaxone. During the hospital course, the patient’s diarrhea improved on ceftriaxone and he was discharged on a one-year course of co-trimoxazole.

Whipple’s disease is a rare multisystem bacterial infection. Our case report aims to highlight ascites as an uncommon manifestation of Whipple's disease. The disease has an annual incidence of less than one per million. It is more common in middle-aged white men [3]. Even though the causative bacterium is ubiquitously present in the environment, the risk of infection is rare. Occupational exposure to soil and animals increases the risk of infection [3].

The classic presentation of Whipple’s disease is characterized by arthralgias (80%), diarrhea (76%), abdominal pain (55%), and weight loss (92%). Some patients have severe symptoms of malabsorption, such as ascites (eight percent) and peripheral edema [4]. Involvement of the central nervous system (CNS) was reported in 10% to 40% of the cases. Neurological involvement can present as cognitive dysfunction, dementia, memory impairment, cerebellar ataxia, and abnormal ocular movements [5]. Cardiac involvement can manifest as culture-negative endocarditis. Pulmonary hypertension has been associated with Whipple’s disease in a few case reports for which the underlying pathophysiological mechanism is unclear. Our patient also had mild pulmonary hypertension, as suggested by right heart catheterization. The strongest evidence of the causal relationship of pulmonary hypertension with the disease is its reversibility with antibiotics [6].

Upper GI endoscopy and biopsy of the small intestine are the diagnostic tests of choice. The endoscopic appearance is described as pale plaques alternating with erythematous and friable mucosa [7]. The main histological features are PAS positive macrophages in lamina propria and villous atrophy. The duodenal lesions can be focal; multiple biopsies should be studied when diagnosis is suspected. Polymerase chain reaction (PCR) testing for the causative organism has a 97% sensitivity and a 100% specificity [8]. Electron microscopy may be required for non-intestinal tissue involvement [8].

Whipple’s disease is treated by initial therapy with ceftriaxone or penicillin G for two weeks followed by trimethoprim-sulfamethoxazole for one year [9]. Patients who are allergic to penicillin can use meropenem for the initial intravenous course [10]. Clinical improvement is rapid, occurring in seven to twenty-one days. The response to treatment can be monitored by the resolution of symptoms and improvements in weight and hematocrit [10].

© Copyright 2017
Aamar et al. This is an open access article distributed under the terms of the Creative Commons Attribution License CC-BY 3.0., which permits unrestricted use, distribution, and reproduction in any medium, provided the original author and source are credited.