The use of serotonergic drugs has increased in the last decade especially selective serotonin reuptake inhibitors (SSRIs) with increased indications. Serotonin syndrome (SS) and QT prolongation are serious adverse reactions of SSRI use, they usually occur with concomitant use of two or more serotonergic medication. Herein, we are presenting an interesting unique case of SS and prolongation of QT interval after a suicidal attempt in a patient on isotretinoin with paroxetine overdosing. The prolongation of QT interval observed in this case could be related to isotretinoin synergistic effect. The risk of suicide and side effects of SSRI with isotretinoin, especially in patient with psychiatric illness would be a huge concern. This case hopes to raise the awareness of the risks when prescribing SSRI and isotretinoin in this group of patients.

Selective serotonin reuptake inhibitors (SSRIs) are commonly and widely used medications in clinical practice. Serotonin syndrome (SS) is one of the potentially lethal side effects of those medications [1]. The actual incidence and prevalence of SS is not well documented in the literature, likely due to low awareness of the symptomatology of SS, thus attributing the symptoms to other causes [2]. QT prolongation secondary to SSRIs have been well described in the literature. Nonetheless, among all SSRIs; paroxetine has the lowest risk of causing QT interval prolongation [3]. Treatment with isotretinoin has been described to exacerbate psychiatric disorders and placing the patient at a higher risk of suicide attempt [4]. Recognition and early management of this syndrome is paramount to prevent the life-threatening consequences. Herein, we are reporting a case of paroxetine overdose likely potentiated by isotretinoin which leads to SS in concurrent of seizure and cardiac toxicity with QT interval prolongation.

A 20-year-old female with past medical history of post-traumatic stress syndrome on paroxetine 40 mg every day and facial acne on isotretinoin presented to the emergency department after two hours of intentional ingestion of seven pills of paroxetine in order to get the attention of her father after an argument. She denied the use of any recreational drug or ingestion of other medication. At the time of initial evaluation in the emergency department, she denied fever, vomiting, nausea, dizziness, seizure, headache, palpitation. States Toxicology Department was notified and in light of minimal symptoms, stable vital signs with no evidence of arrythmia on initial electrocardiogram (ECG) (Figure 1), decision was made for observation. 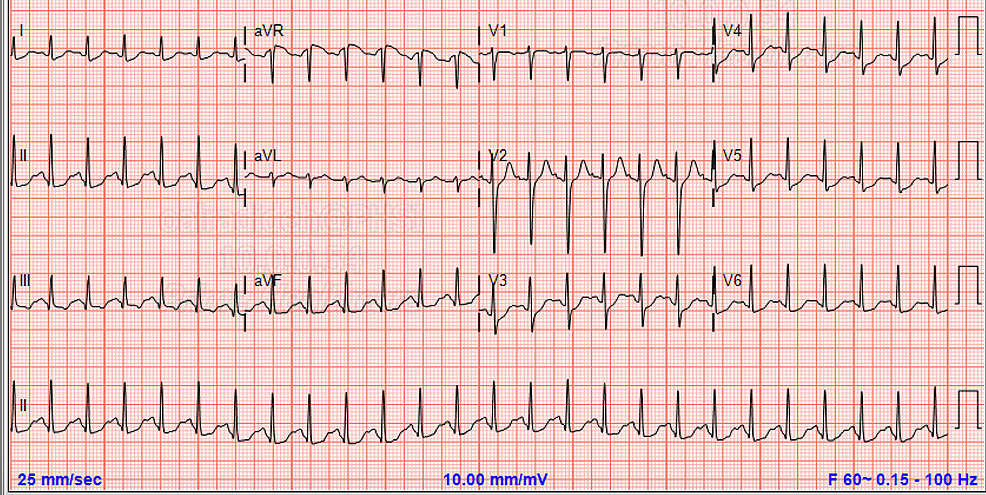 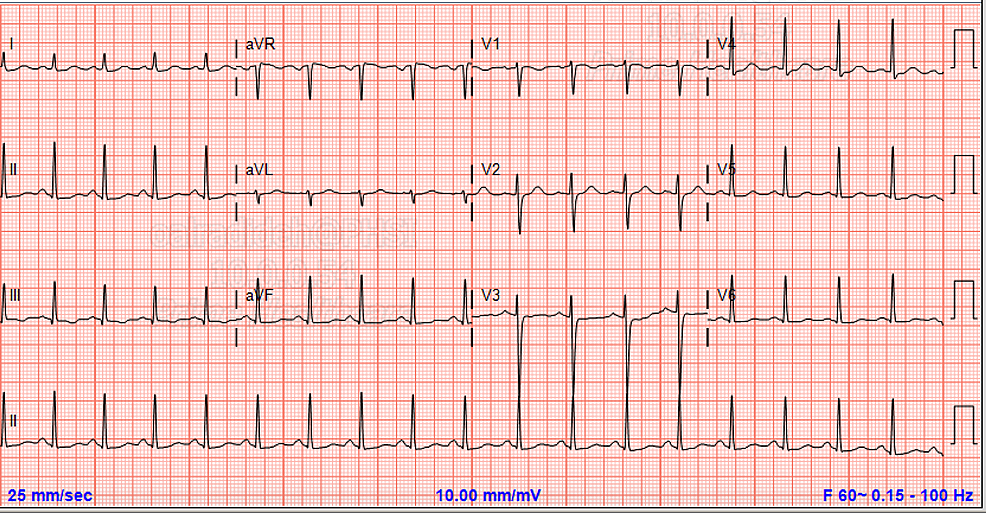 Urine drug screen was negative and ethanol level was normal. After ruling out cerebral vascular insult and electrolytes abnormality, SS was suspected. Intravenous fluid and a dose of lorazepam 1 mg were given. States toxicology department was notified again and advised to start cyproheptadine 12 mg orally as single dose with 4 mg every eight hours as needed. She was admitted to intensive care unit for close monitoring with serial ECG. QT interval normalization was observed 16 hours later. No visualized seizures were noted during the hospitalization and other symptoms including hypertonia, hyperreflexia, agitation and inducible myoclonus were absent on repeat neurological exam.

Paroxetine is an SSRI that has been approved in treatment of varieties of psychiatric illnesses including but not limited to depression, post-traumatic stress syndrome, eating disorders, generalized anxiety disorders and social phobia. The most common side effect of paroxetine includes dry mouth, sweating, sleep disturbance and sexual dysfunction [5].

Isotretinoin with its anti-inflammatory and immunomodulation characteristics has been approved for the treatment of comedonal acne [6]. The adverse side effects of isotretinoin include but are not limited to rash, teratogenicity and dry mouth [7,8]. The parallel relationship between isotretinoin and its risk of increasing suicide attempts has been a concern but the true causality is poorly described in the literature [4,9].

SS can happen in all age groups and there is no gender predilection. Over the years, the incidence of SS has been trending up likely related to more prescription of SSRI in clinical practice [10]. SS considered as a spectrum of manifestation that ranges from benign to life-threatening [11]. The most widely used clinical criteria for diagnosis of SS is the Hunter Toxicity Criteria Decision Rules with 84% sensitivity and 97% specificity. To fulfill the criteria patient should be on serotonergic agent and exhibits one of the following: (i) spontaneous clonus, (ii) tremor plus hyperreflexia, (iii) inducible clonus plus agitation, (iv) hypertonia plus temperature above 38ºC and ocular clonus, and (v) ocular clonus plus agitation [12].

The mechanisms behind SS mainly depend on alternation of serotonin metabolisms in the body which includes inhibition of re-uptake, increase synthesis, enhance and increase release and activation of serotonergic receptors [2]. Overdosing of a single SSRI rarely causes clinically significant symptoms [13]. Most of the fatalities involving SSRI overdose are related to massive ingestion of a single SSRI, or co-administration with another serotonergic agent [14,15].

Early recognition and promptly discontinuing the offending agent is the mainstay of treatment of SS. Patients are generally managed with supportive care with intravenous fluids and sedative medication with benzodiazepines for milder form of the disease [16]. In moderately ill patient, administration of serotonergic antagonist cyproheptadine which acts as histamine-1 receptor antagonist should be considered, this recommendation is based on a few case reports showing its success in alleviating the SS symptoms [17]. In patients with severe disease and hyperthermia (temperature >41 degree Celsius), tracheal intubation and mechanical ventilation along with sedation and paralytic agent is indicated [16].

Prolonged QT interval is defined as more than 470 milliseconds in post-pubertal male and 480 milliseconds in post-pubertal female [18]. Prolonged QT interval can lead to polymorphic ventricular tachycardia which is one of the life-threatening cardiac arrhythmia that leads to sudden death [19]. SSRI and its association with prolongation of QT interval are considered as dose-dependent mostly documented with Citalopram and Escitalopram as opposed to paroxetine [20]. We believe that our case represented a unique presentation of the most serious side effects of paroxetine with modesty dose ingestion of 280 mg (only represented seven times than the therapeutic doses recommended 40 mg/day) including SS with QT interval prolongation and tonic colonic seizure. Also, the concurrent use of isotretinoin and its possible association to increasing suicidal ideation might have played a role in her paroxetine overdose.

SSRI use considers safe with minimal side effect but overdosing of these medications could be life-threatening due to the risk of development of serotonin syndrome and cardiac toxicity. Patients who use isotretinoin and have a history of psychiatric illness must be closely follow-up and educated about the possibility of increasing suicide attempts.

© Copyright 2021
Al-Radideh et al. This is an open access article distributed under the terms of the Creative Commons Attribution License CC-BY 4.0., which permits unrestricted use, distribution, and reproduction in any medium, provided the original author and source are credited.