Acute myocardial infarction (AMI) is the most life-threatening manifestation of coronary artery diseases. The majority of deaths in AMI are due to arrhythmias. Therefore, the aim of this study was to evaluate the incidence and risk factors and outcomes of cardiac arrhythmias in AMI patients undergoing primary percutaneous coronary intervention (PCI) during the first 24 hours of the index hospitalization.

This prospective observational study was conducted at the adult cardiology department of the National Institute of Cardiovascular Diseases (NICVD), Karachi, Pakistan. Patients undergoing primary PCI were included in this study. All the patients were kept under observation for the first 24 hours of AMI and monitored through telemetry system monitoring and the incidence of cardiac arrhythmias and the outcomes were recorded.

The incidence of arrhythmias within 24 hours of hospitalization is high in patients with ST-elevation myocardial infarction (STEMI) undergoing primary PCI, and it has been observed to be associated with an increased rate of in-hospital mortality.

Fatal arrhythmias that can result in heart collapse and are major complications of AMI are ventricular arrhythmias (VT/VF) [5]. In patients with AMI, the bulk of VT/VF cases are within 48 hours after symptom onset. However, in the hospital period of acute coronary syndrome (ACS), the occurrence of VA has reduced, primarily due to prompt revascularization and optimal medical treatment. However, the Asian community has minimal evidence of the association between the timing of VT/VF events within 48h or > 48h after symptom onset and the prognosis of patients undergoing primary percutaneous coronary intervention (PCI) [6].

Sudden arrhythmic death, often followed by 'warning' ventricular arrhythmias, can exacerbate the acute phase of AMI [7]. The convalescent period of AMI has gained less attention while patients remain at risk of severe cardiac arrhythmias and sudden death. A significant correlation between early post-hospital mortality and the incidence of arrhythmias while in the hospital was found. However, with the trend toward even earlier discharge from hospital after AMI, the above investigation may need further reexamination [8].

The developing world has about 30% of the total yearly deaths due to cardiovascular diseases [9], which is also the leading cause of mortality worldwide. Despite considerable progress in management over recent years, CAD is the leading cause of death in Asian countries too, including Pakistan. The incidence of AMI is increasing in our population. However, reports on the incidence of cardiac arrhythmias and its risk factors among patients with AMI especially from symptom onset to hospitalization and discharge are relatively lacking in countries like Pakistan [10-11]. Prompt diagnosis and treatment determine the outcome of all the types of arrhythmias associated with AMI. This would suggest that more aggressive identification and modulation of cardiac arrhythmias in AMI patients is necessary among Asian Pakistanis. Hence, this study aims to evaluate the incidence, risk factors, and outcomes of cardiac arrhythmias in acute myocardial infarction patients undergoing primary percutaneous coronary intervention during the first 24 hours of index hospitalization at a tertiary care hospital in Karachi, Pakistan.

This was a prospective observational study conducted at the adult cardiology department of a tertiary care cardiac center in Karachi, Pakistan, from November 2019 to June 2020. A sample size of 101≈110 was estimated taking the frequency of cardiac arrhythmias as 78.7% [12] of patients with acute myocardial infarction (AMI) during the first 48 hours, confidence level = 95% and margin of error = 8%. All the patients of age 18-80 years of either gender with AMI and undergoing primary PCI were included using the non-probability consecutive sampling technique. AMI was characterized by a 12-lead electrocardiogram (ECG), such as ST-segment elevation in two or more contiguous leads or new left bundle branch block (LBBB). The threshold values for ST-segment elevation consistent with ST-segment elevation myocardial infarction (STEMI) is a J-point elevation greater than 2 mm (0.2 mV) in lead V2 and V3* and 1 mm or more in all other leads or by new or presumed LBBB. [*2.5 mm in men younger than 40 years; 1.5 mm in all women]. Typical chest pain >20 minutes (retrosternal pain with radiation to left arm or shoulder, aggravated on exertion or emotional stress, relieved with rest or nitroglycerin). Patients with preexisting arrhythmogenic substrate, previously documented history of ACS, prior cardiac or thoracic surgery, prior history of any cardiac intervention, dilated cardiomyopathy, chronic kidney disease (CKD), thyroid diseases, and patients on hemodialysis were excluded from the study.

Approval of the ethical review committee of the institution was taken prior to data collection. Prior to inclusion, the purpose and benefits of the study were explained to all participants and verbal informed consent was taken. Demographic and clinical characteristics of the patients such as age (years), weight (kg), height (cm), body mass index (BMI) (kg/m2), gender, obesity, smoking, diabetic mellitus, family history of CAD, and hypertension were recorded. Cardiac arrhythmias were diagnosed on the basis of ECG. All the patients were kept under observation for the first 24 hours of MI; all patients were monitored through telemetry system monitoring, and incidence of cardiac arrhythmias and outcomes were recorded. Confounding variables and bias were controlled by strictly following inclusion and exclusion criteria and stratification. Patient information was kept secured and accessible to authorized persons only.

Data were analyzed using Statistical Package for the Social Sciences (SPSS) version 23 (IBM Corp., Armonk, NY). Numeric variables were presented as mean ± standard deviation (SD) or median (interquartile range). Frequency and percentages were calculated for categorical variables. Risk factors, angiographic and procedural characteristics, and outcome (in-hospital mortality) were compared with the incidence of lethal arrhythmias within 24 hours of the procedure using the chi-square test or Fisher's exact test. Lethal arrhythmias included any arrhythmia other than accelerated idioventricular rhythm, sinus tachycardia (ST), or sinus bradycardia (SB). A P-value of ≤ 0.05 was taken as the criterion of statistical significance. 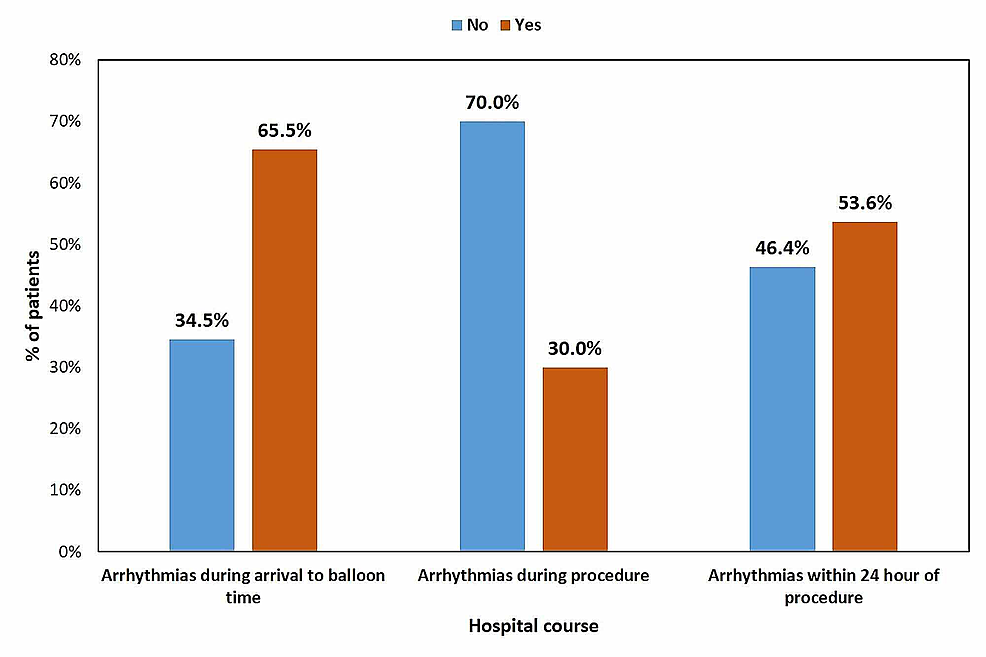 Figure 1: Frequency distribution of arrhythmias during the hospital course

Table 3: Frequency distribution of in-hospital outcomes stratified by the development of arrhythmias within 24 hours of the procedure

Acute myocardial infarction is a debilitating disease leading to multiple complications. Among them, arrhythmia is a frequently observed complication leading to death. In the present study, the mean age of patients was 59.59 ± 13.1 years old. It has been evident that older age is a risk factor for developing arrhythmias [12-13]. Male gender is more predominant as compared to females, which is analogous to two studies [14-15].

In accordance with the results of our study, Albanese M et al. observed that most of the malignant arrhythmias occurred within 96 hours of MI and found to be associated with an increased mortality rate [22].

This study has several limitations at the design stage, such as a single center-based study, small sample size, and lack of Holter monitoring. Secondly, at the execution stage, telemetry monitoring is not a routine clinical practice for all patients at our center, hence, patients who have undergone telemetry monitoring are suspected high-risk patients, which may have influenced the in-hospital mortality rate.

The incidence of arrhythmias within 24 hours of hospitalization in patients with STEMI undergoing primary PCI is as high as 89.1%, and it has been observed to be associated with an increased rate of in-hospital mortality.

© Copyright 2021
Shah et al. This is an open access article distributed under the terms of the Creative Commons Attribution License CC-BY 4.0., which permits unrestricted use, distribution, and reproduction in any medium, provided the original author and source are credited.

Figure 1: Frequency distribution of arrhythmias during the hospital course

Table 3: Frequency distribution of in-hospital outcomes stratified by the development of arrhythmias within 24 hours of the procedure