This study examined the impact of injuries on the hospital resource utilization rate among trauma patients admitted to the Johnson City Medical Center (TN, USA), a rural Level I trauma center, due to accidents caused by farm animals. A total of 52 patients aged >3 years were studied, with the average age being 44 years. Patients above 65 years of age made up almost a quarter of the study population (23%); 63% of the patient population were male. All patients survived their injuries. Twenty-six percent of the patients required orthopedic intervention, with the majority of those patients being male (nine males, five females).

Farming remains one of the most dangerous occupations today and is ranked as the sixth most dangerous occupation in America [1]. Even with technological advancements, farmworkers are exposed to danger daily, particularly when working with animals. Tractor rollovers and other machinery-related injuries are more common now, but farm animal related injuries still exist. According to the US Department of Agriculture Economic Research Service, 33% of farm operators in 2012 were aged 65 or older [2]. The average age of the principal farm operator in 2012 was 58 years [2]. Males are the most common operators of farms, as women make up only 30% of the US farm operators [3]. It is unclear if resource utilization and intervention has been studied extensively, but one study highlights that out of 47 patients admitted to a single hospital following cattle-related trauma, 72% were admitted under orthopedics as their primary service provider [4]. Another study demonstrated that 59.3% of the study patients admitted required operative intervention, 78.1% of which was orthopedic surgery [5]. Orthopedics seems to be the most common care team utilized, with orthopedic surgery being the most common type of surgery required in farm-related trauma [4,5]. This study specifically attempts to further delineate hospital resource utilization from farm animal-related trauma. A rural Level I trauma center is uniquely positioned to study multisystem injury from farm animal-related trauma, which can be a big user of in-hospital resources.

This is a retrospective study that received an exempt approval from the East Tennessee State University Institutional Review Board. Electronic health data of trauma patients was obtained from the Johnson City Medical Center (TN, USA) trauma department registry.
The study design was observational (cross-sectional survey). The International Classification of Diseases, Ninth Edition (ICD-9) and Tenth Edition (ICD-10) were used to obtain parameters for the study. The parameters that were studied included:
• Age
• Gender
• Total length of stay (LOS)
• Total length of stay in the Intensive Care Unit (ICU)
• Total ventilator days
• Injury severity score (ISS).
Hospital resources were measured by length of hospital stay, total LOS in the ICU, total ventilator days, and ISS. Descriptive statistics and a regression model were used to assess the relationship between the impact of injuries and hospital resource utilization rate. The exposure variables include age, gender, LOS, and ISS. The dependent variable was the orthopedic intervention. Covariates were controlled to increase the validity of the study. The study was analysed using the IBM Statistical Package for the Social Sciences (SPSS) Statistics, version 25.0 (IBM Corp., Armonk, NY) and SAS® v9.4 (SAS Institute Inc., Cary, NC). 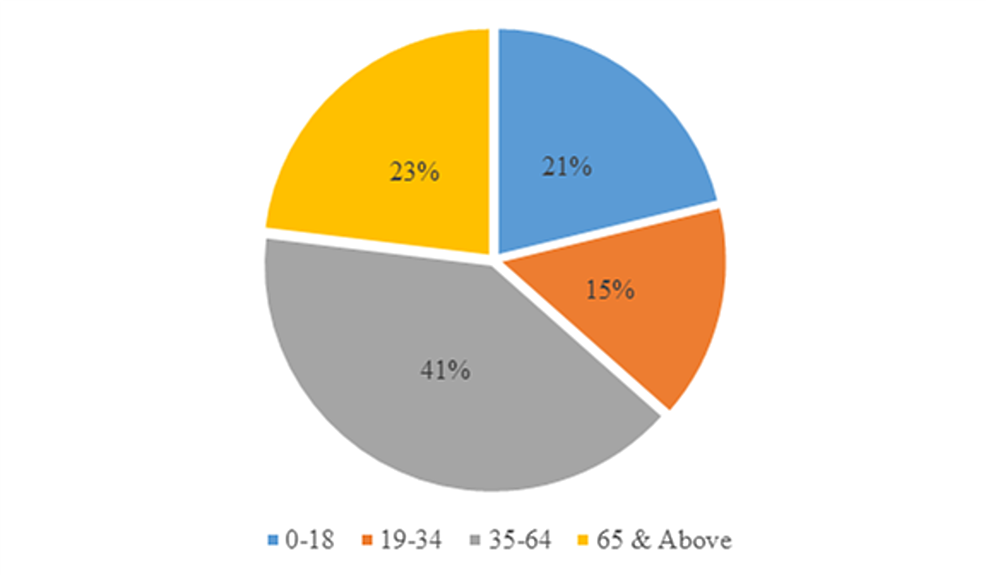 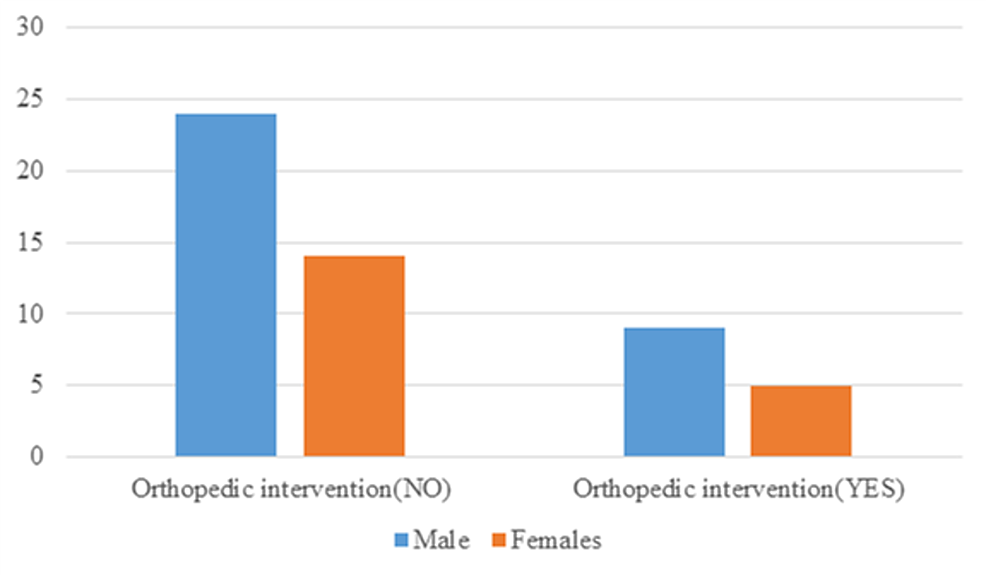 Figure 2: Gender distribution of patients with and without orthopedic intervention

Table 1: Mean distribution of study parameters for the impact of injuries due to farm animals

Overall, there is a relationship between age and hospital resource utilization rate, with increasing age correlating with increased utilization rates. The descriptive statistics showed that most of our study population falls within the middle-age group and predominantly male gender. Males represented the majority of injuries across multiple studies observed [4-7]. However, despite our study population being predominately male, females were more likely to have an orthopedic intervention in this study. Each category showed a positive unit increase in the need for orthopedic surgery except for the length of hospital stay. Unfortunately, the sample size for this study is small, which is a limitation of this study design. If a larger sample size were used, there might have been some significant differences between the utilization of hospital resources and length of hospital stay. Also, unequal gender distribution may be responsible for the mild gender differences in hospital resource utilization noted in this study group.

There is limited research on hospital resource utilization in farm animal-related trauma. The results of this study varied slightly compared to the available literature. It seems more common for farm animal-related injuries to occur in middle-age patients between 35 and 65 years of age, as demonstrated in our study and two others [4,5]. Casey et al. in a study noted that of their 57 patients, 46 were aged between 23 and 58 years [6]. The population that was evaluated in this study required significantly less orthopedic interventions than noted in other study groups. Age could be a factor in the decreased orthopedic interventions, as the mean age in this study group was 44 years. Comparing our results to other published studies, we showed a mean age of 44 years compared to mean ages of 56 and 53 years. We also showed less operative interventions at 26% compared to 59% and 78% in other published studies [4,5]. Length of ICU days could also be a factor, as this study reported that the mean LOS was only 0.67 days compared to 4 and 12.3 days in other studies [4,5]. Mortality risk remains low among farm animal-related injuries in this study group, which is supported by the literature [5].

In this study, farm animal-related trauma more commonly affected those aged 35-64 years. Orthopedic intervention is the most common type of hospital resource required and is more likely to be utilized in females than males. With an increase in age or ICU days, the need for orthopedic interventions also increases. There was no statistically significant increase in the need for intervention based on ISS or hospital LOS. There is a paucity of literature regarding hospital resource utilization in farm animal-related trauma, and further studies are warranted. A larger sample size could greatly benefit future studies.

© Copyright 2020
Proctor et al. This is an open access article distributed under the terms of the Creative Commons Attribution License CC-BY 4.0., which permits unrestricted use, distribution, and reproduction in any medium, provided the original author and source are credited.

Figure 2: Gender distribution of patients with and without orthopedic intervention

Table 1: Mean distribution of study parameters for the impact of injuries due to farm animals

The Potential Vaccine Component for COVID-19: A Comprehensive Review of Glob ...