A seven-day-old male presented to pediatric urology with antenatally diagnosed right hydronephrosis with a severely dilated ureter. A follow-up ultrasound one month later demonstrated increased ureteral dilation which was further evaluated with a voiding cystourethrogram which was normal, and a renogram which demonstrated approximately equal differential function with obstruction. He was initially managed with serial renal ultrasound and observation. Follow-up ultrasound at six months of age demonstrated concern for possible duplication of the right collecting system (Figure 1). 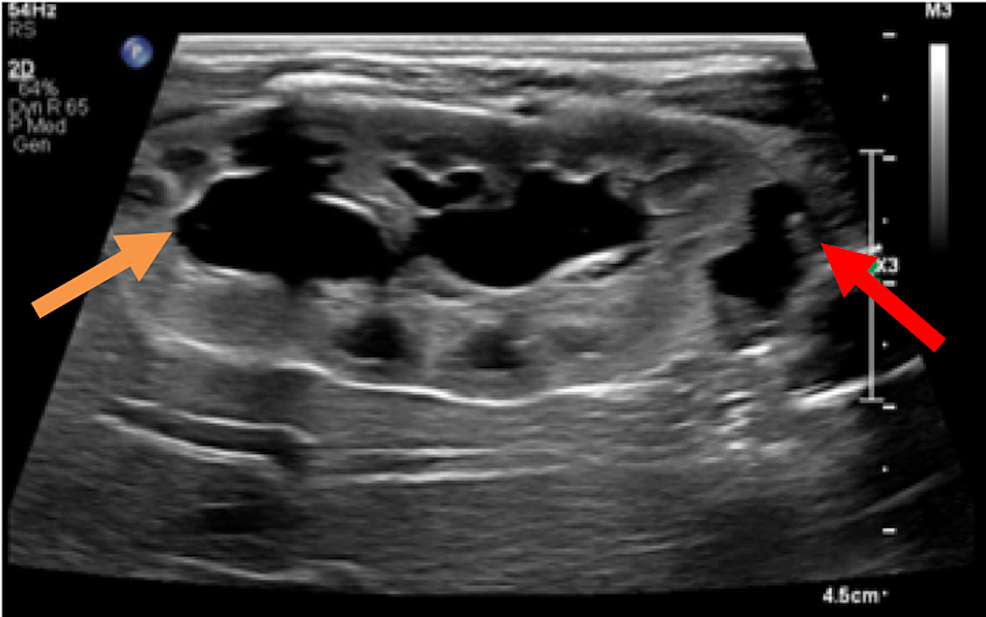 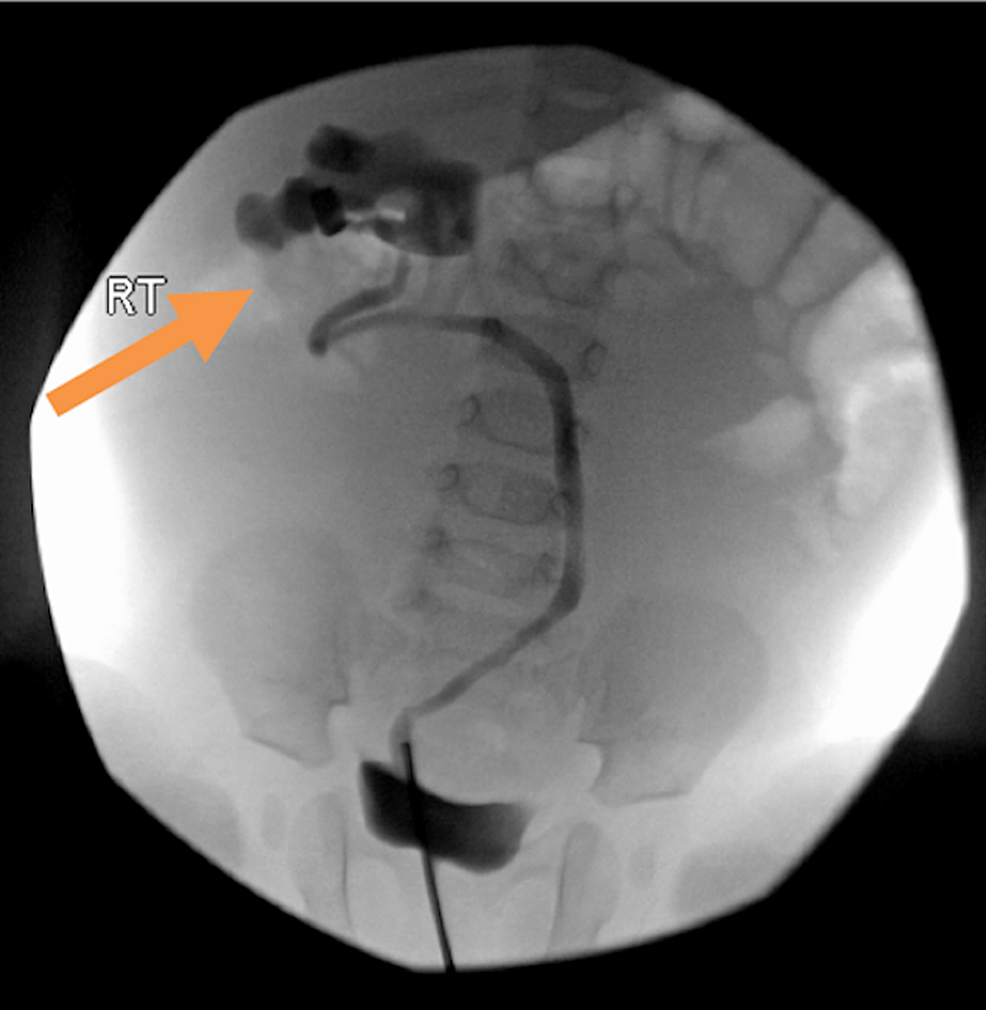 Magnetic resonance urography confirmed a duplicated collecting system on the right with upper pole hydronephrosis and a tortuous ureter due to displacement by the massively dilated lower pole ectopic ureter and scarring of the lower pole renal moiety (Figures 3, 4). 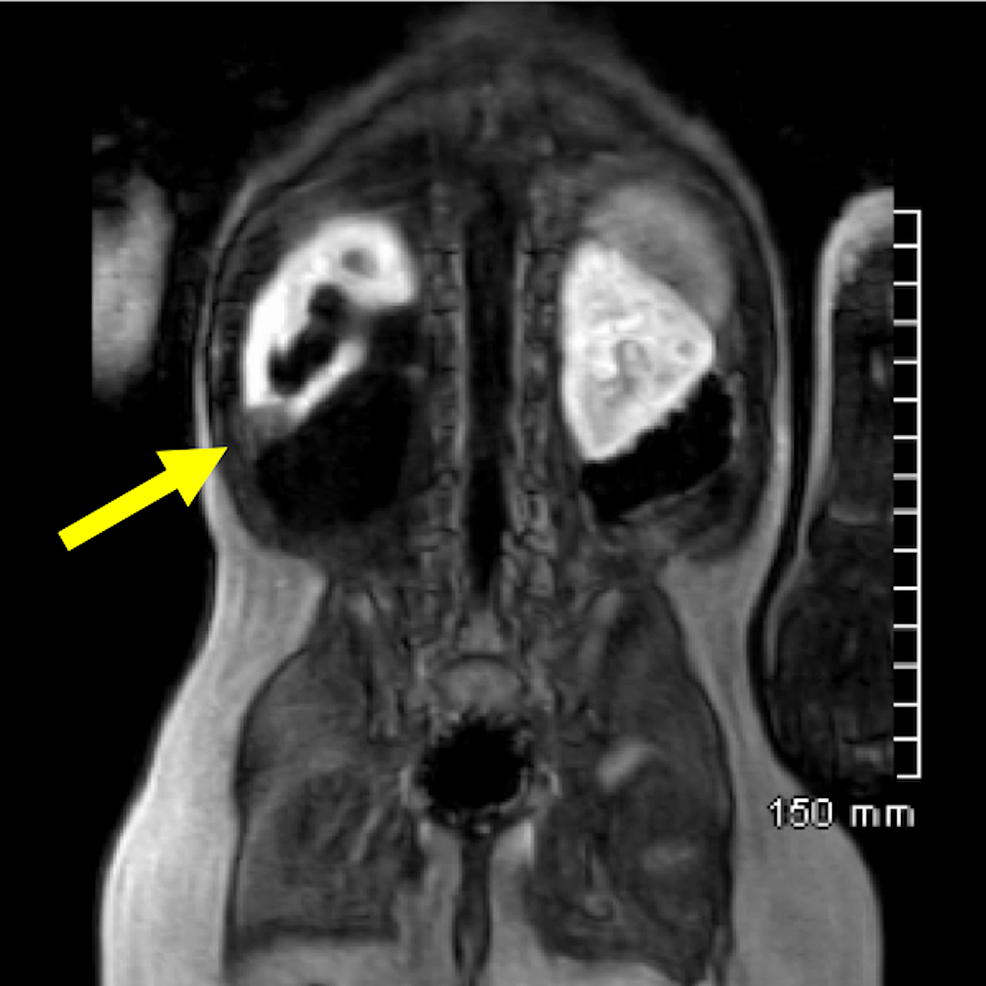 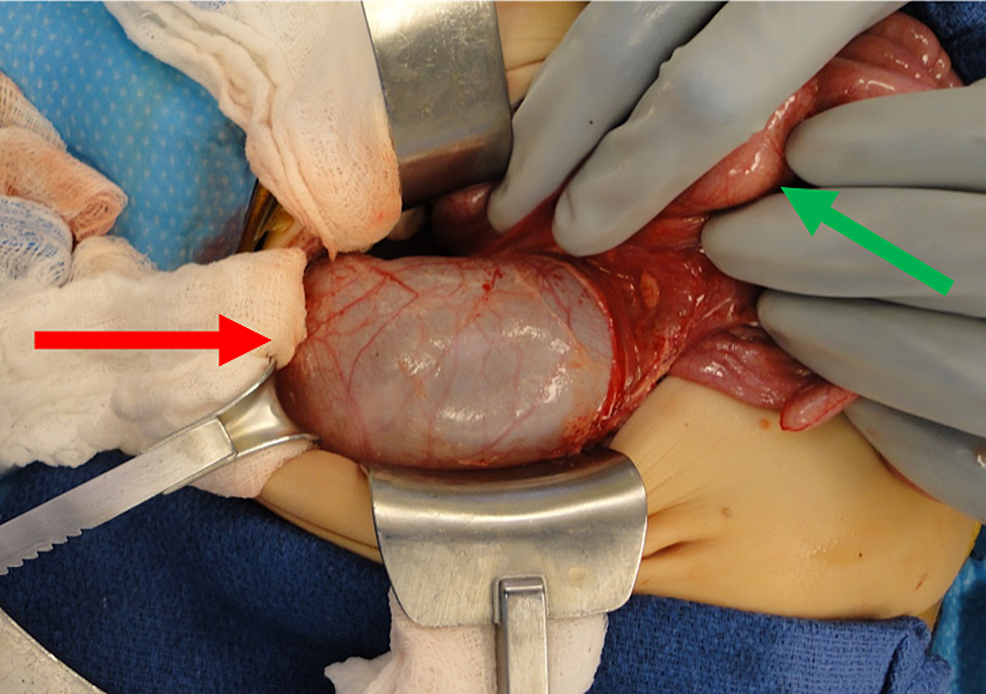 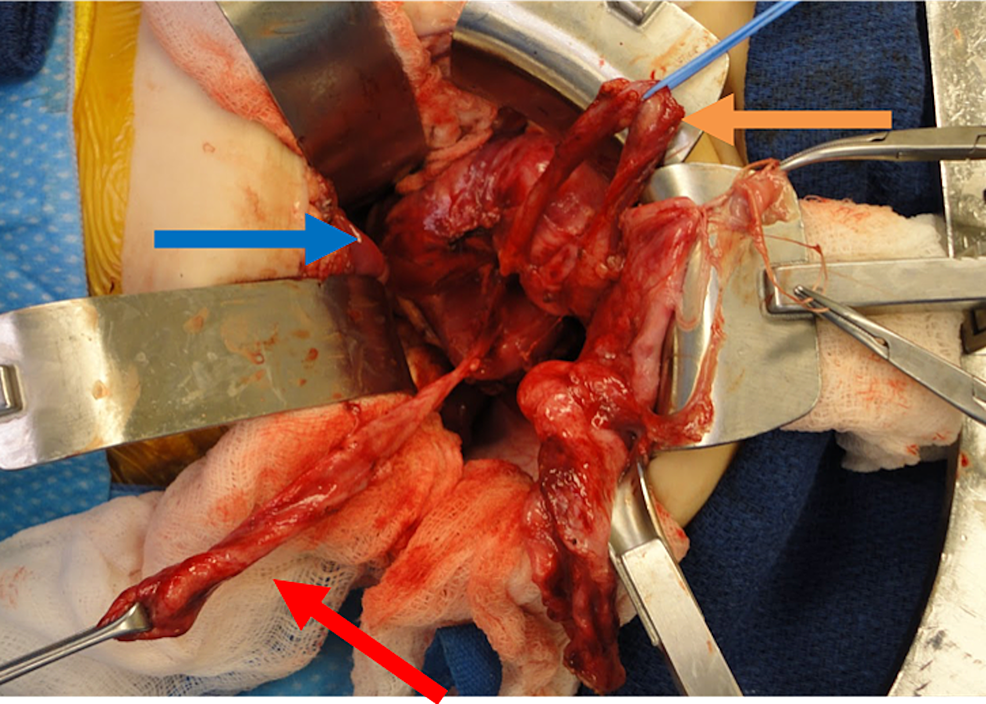 His postoperative course was uneventful, and he was discharged home on postoperative day 2. Pathology revealed ureteral tissue with hypertrophy of the muscularis, fibrosis, and patchy mild chronic inflammation consistent with a duplicated blind ending ureter.

Ureteral duplication is one of the most common congenital anomalies, and the drainage pattern of completely duplicated ureters is predicted by the Meyer-Weigert rule [1,2]. This is an unusual case of a duplicated collecting system with lower pole obstructed and ectopic megaureter with an involuted lower pole renal moiety. Although several previous case reports demonstrating exceptions to the Meyer-Weigert rule have been previously published as described below, to our knowledge this is the only case with associated involution of the lower pole renal moiety.

Jain et al. reported a similar case of a 10-year-old boy with a duplicated collecting system with dysplastic lower pole moiety and ectopic ureter [4]. Darr et al. described a similar case of a duplicated collecting system with lower pole megaureter without inferolateral insertion of the lower pole ureter into the bladder, and with associated dysplastic lower pole renal moiety [5]. Brown et al., Mishra and Elliott, and Slaughenhoupt et al. each reported cases of lower pole ectopia to a Wolffian duct structure [6-8]. In each of these cases, the ectopic ureter appeared to arise from a lower pole calyx. Ahmed described a case of exception to the Meyer-Weigert rule of a three-year-old female with a duplicated collecting system with superolateral insertion of an upper pole ureter with upper pole renal moiety involution and lower pole megaureter with inferomedial ureteral insertion with associated ureterocele [9].

These cases all demonstrate rare exceptions to the Meyer-Weigert rule, all with varying anatomy. Currently, there is no embryologic explanation for the development of these anatomic anomalies, and reports in the literature are rare.

© Copyright 2020
Stormont et al. This is an open access article distributed under the terms of the Creative Commons Attribution License CC-BY 4.0., which permits unrestricted use, distribution, and reproduction in any medium, provided the original author and source are credited.