A 33-year-old male presented with an approximate four-day history of headache, nausea and vomiting, and decreased visual acuity. He had a right occipital ventriculoperitoneal shunt in situ (Medtronic Strata II Valve (Medtronic Inc, Minneapolis, USA), Performance setting 1.0) for communicating hydrocephalus diagnosed in childhood. The exact medical details from his childhood were not clear. His first shunt was inserted at two years of age. His last revision was 18 months prior when the valve had been replaced. His peritoneal catheter had been changed 10 years ago after it had migrated into pre-peritoneal fat. It was replaced with a Medtronic standard, 90 cm, Barium-impregnated closed-ended peritoneal catheter, with side slits.

He was afebrile and alert, and his abdomen was not tender. The valve reservoir felt normal to palpate and refilled briskly following pressure being applied to it. Blood tests, including inflammatory markers, were normal. Computed tomography (CT) head demonstrated hydrocephalus, and shunt series X-rays failed to demonstrate a fracture or disconnection in the shunt system (Figure 1). Decreasing the performance setting of his valve failed to improve his symptoms. Shunt obstruction was suspected and because of the duration of his symptoms, and since his valve reservoir refilled briskly after having pressure applied to it, this obstruction was suspected to be of the peritoneal catheter. 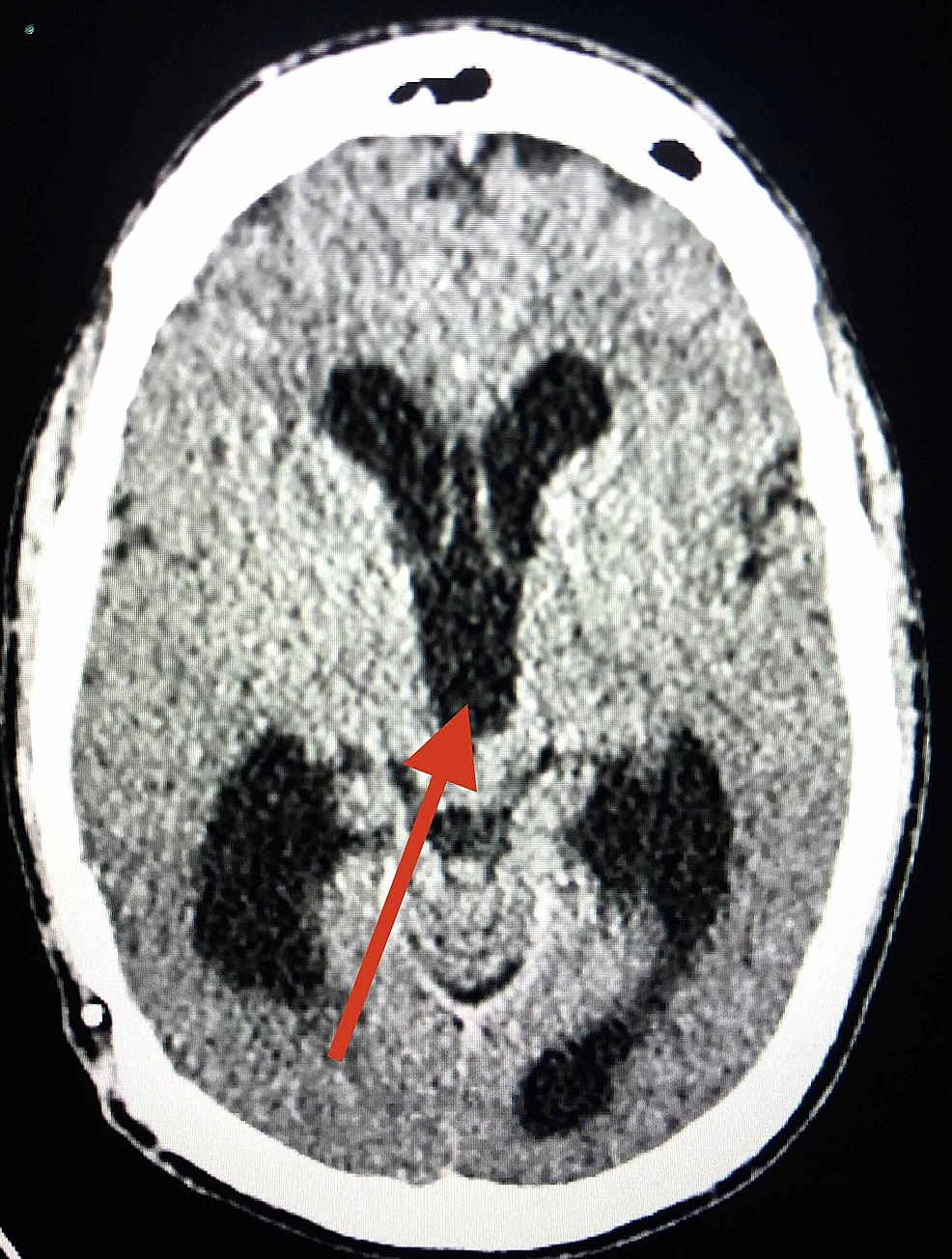 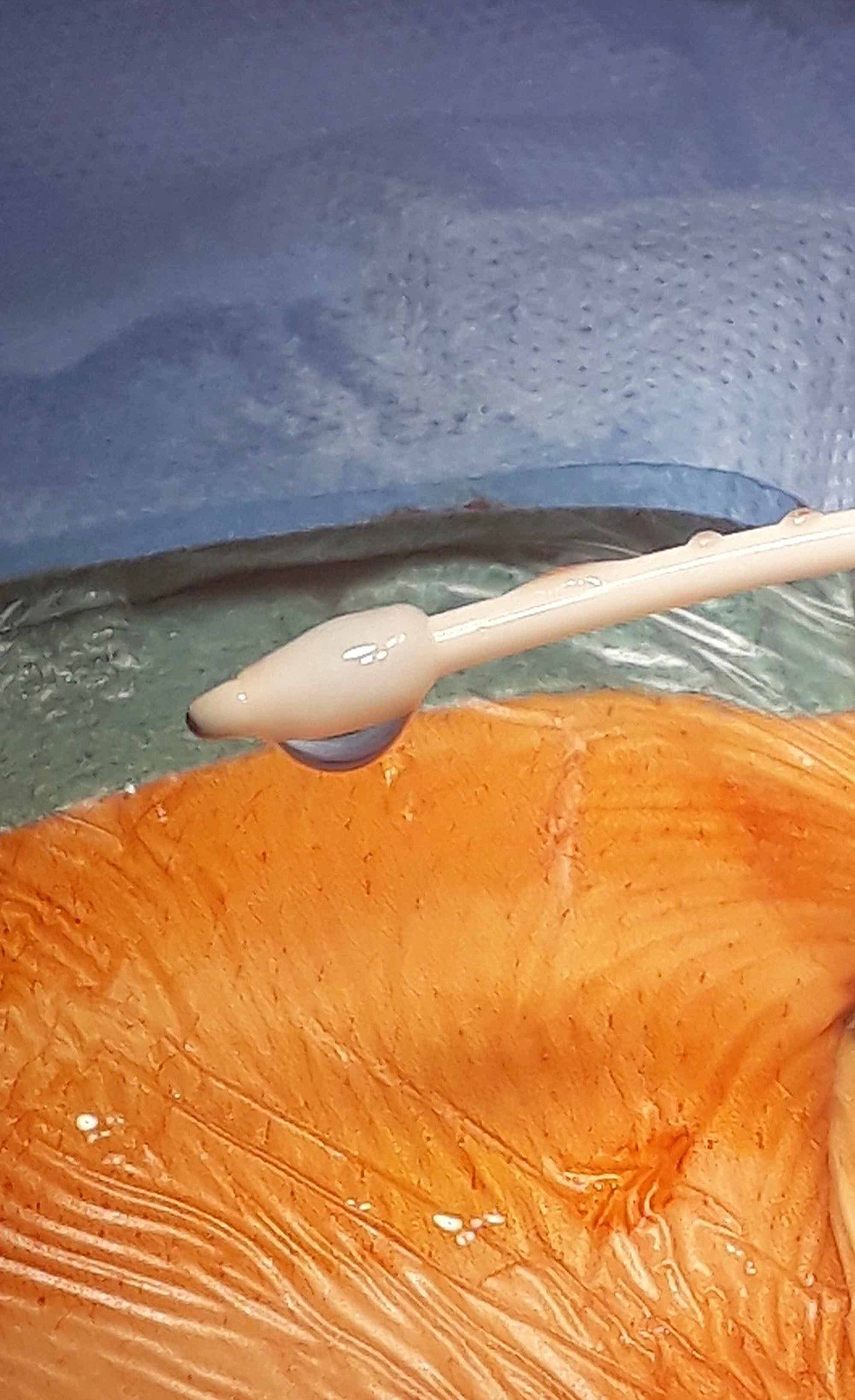 Figure 2: Peritoneal catheter with fibrous sheath encasing the side slits at the distal end of the catheter but not the tip itself 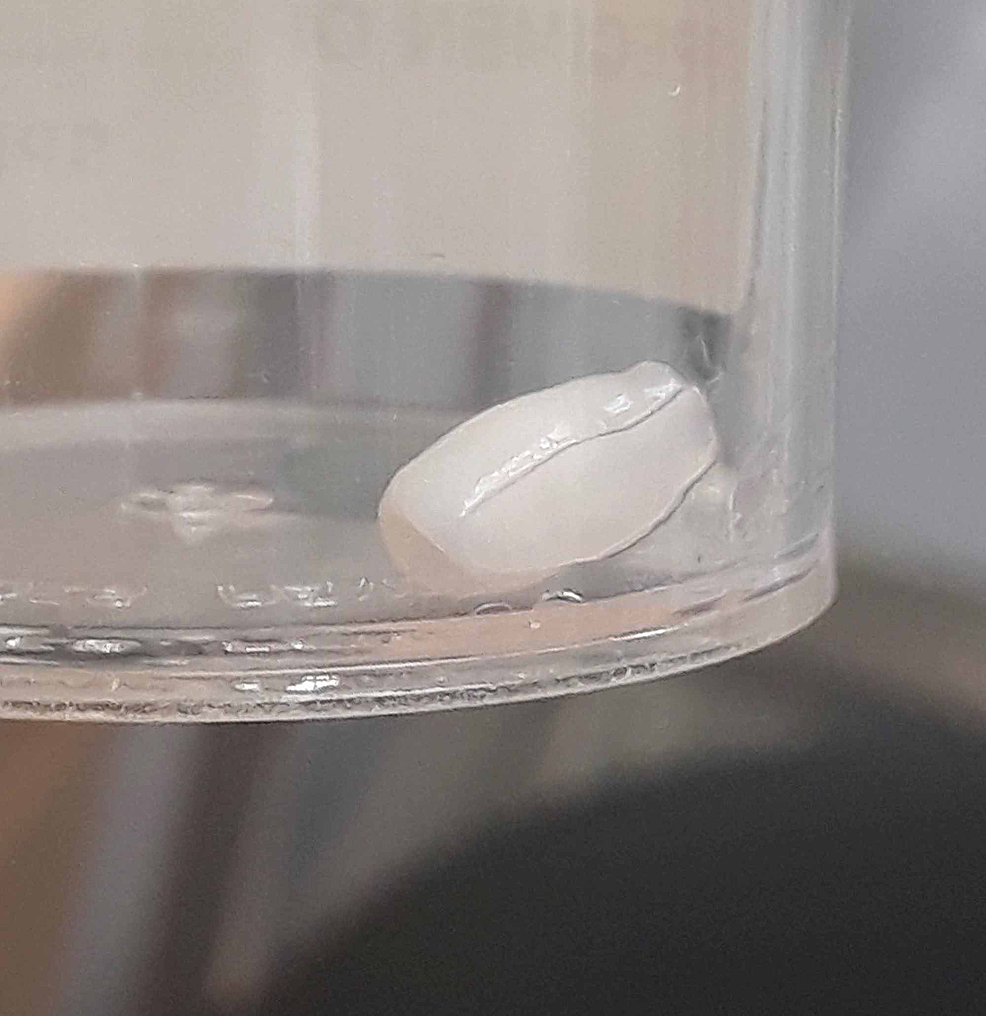 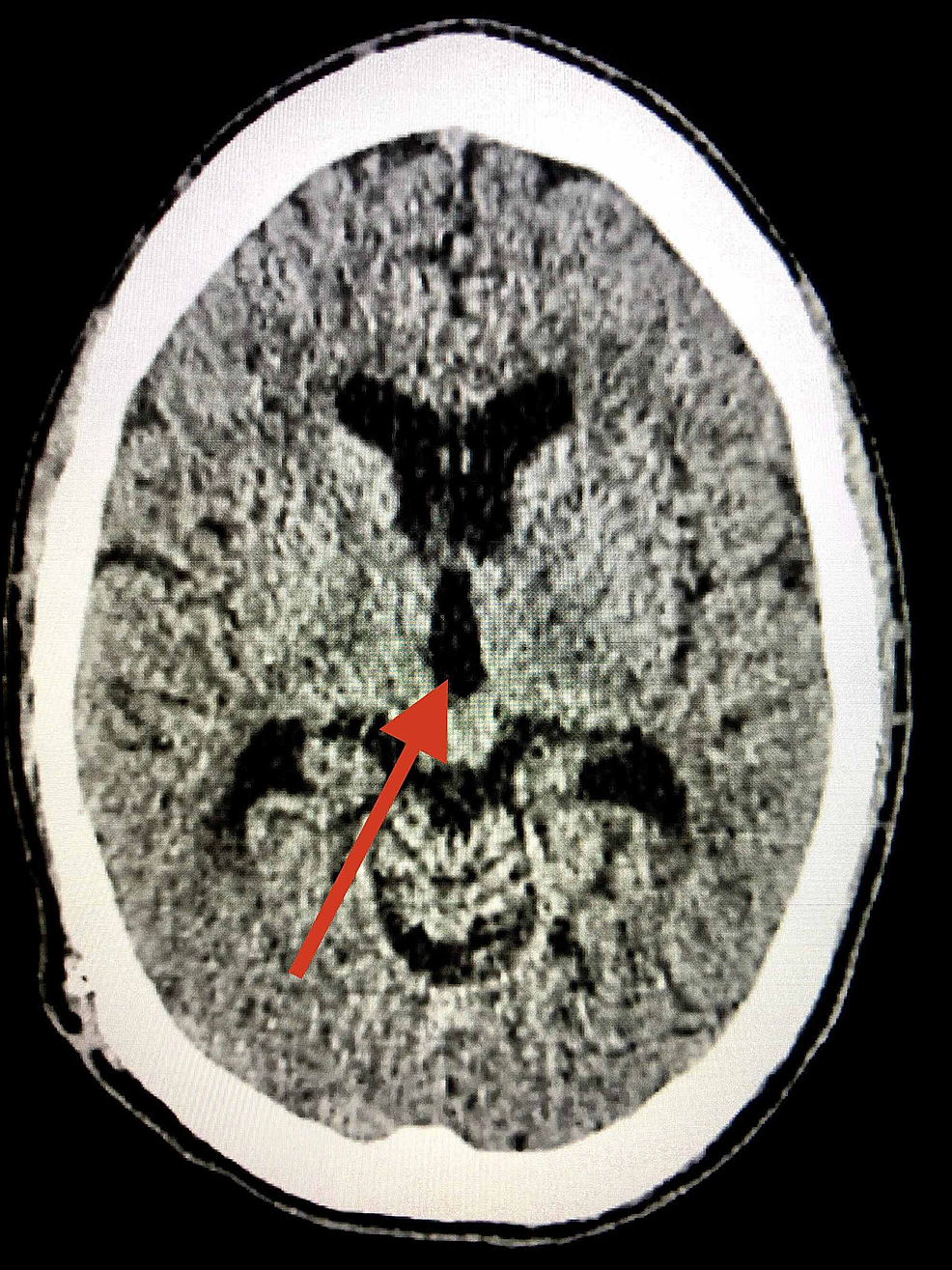 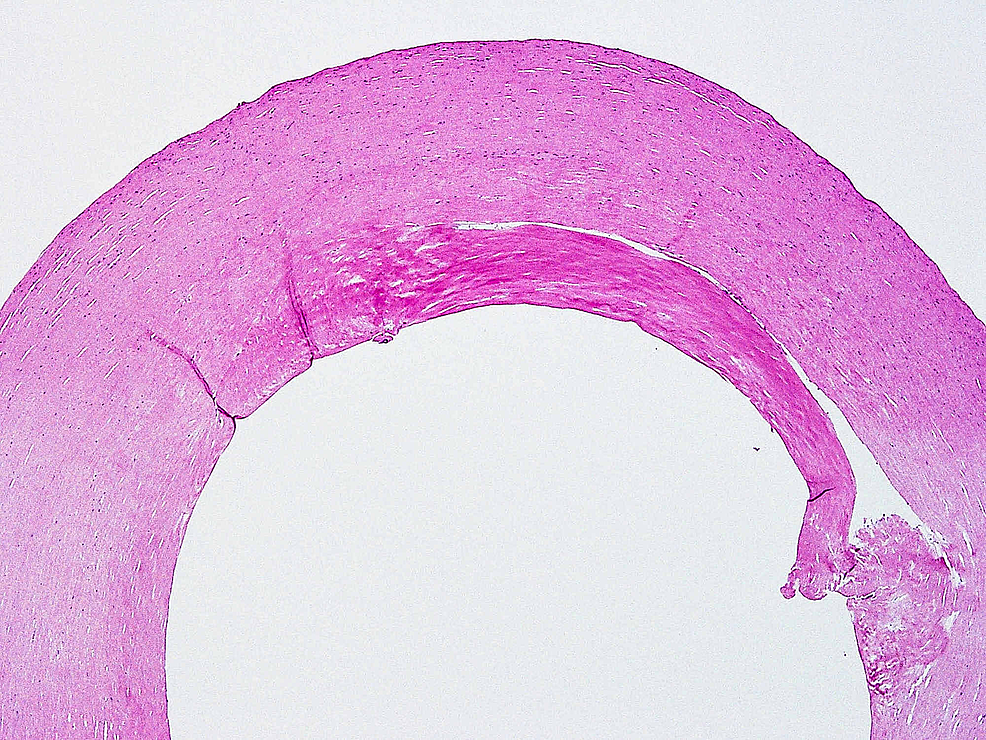 A fibrotic sheath encasing the distal tip of a peritoneal catheter in a ventriculoperitoneal shunt has previously been described in two case reports by one author [7,8]. The same author describes an additional similar case where the peritoneal catheter was encased in a fibrous capsule adherent to the peritoneal wall [7]. In contrast to our case, hydrocephalus secondary to subarachnoid haemorrhage was the indication for shunt insertion in all three of these previous reports, and one case involved a lumbo-peritoneal shunt. Additionally, in all three of these previous cases, abdominal laparoscopy was employed to remove the fibrous capsule in contrast to our case. Similar to our case, however, none of the patients in these previous reports had abdominal signs or symptoms.

A pathophysiological foreign body response to the peritoneal catheter involving mesothelial cells has been proposed to be the cause of the development of these fibrous capsules; however, this does not explain why the fibrotic capsule was limited to, and only encased the side slits at the distal end of the catheter (Figure 2) [8]. Alternatively, progressive debris accumulation in the dead space beneath the side slits may also lead to the formation of granulomatous nodules [9]. Additionally, Del Bigio et al. showed that graphite, used to coat the side slits in peritoneal catheters in order to keep them patent during storage, incites a chronic inflammatory response with subsequent deposition of granulomatous tissue which blocks the slits alone and leads to obstruction [10]. This would explain why the fibrous sheath encased only the side slits and not the remainder of the peritoneal catheter in our case.

When the peritoneal catheter is suspected to be the site of obstruction in a malfunctioning ventriculoperitoneal shunt, a fibrous sheath encapsulating the distal side slits in the catheter should be suspected as a potential cause. In our case, finding a fibrous sheath obstructing an otherwise functional peritoneal catheter obviated the need to expose the entire ventriculoperitoneal shunt system, avoiding the inherent increased risk of infection when the shunt hardware is exposed. Furthermore, should such a fibrous sheath be encountered, not only should it be removed, but the catheter should also be cut short to remove the segment containing any graphite coated slits in order to prevent repeat blockage. Finally, the rationale for the continued production of peritoneal catheters with side slits should be further investigated.

© Copyright 2020
Heaney et al. This is an open access article distributed under the terms of the Creative Commons Attribution License CC-BY 3.0., which permits unrestricted use, distribution, and reproduction in any medium, provided the original author and source are credited.

Figure 2: Peritoneal catheter with fibrous sheath encasing the side slits at the distal end of the catheter but not the tip itself

Role of 24-hour Helpline Service in the Management of Diabetes During the Ho ...

Mapping of the Somatosensory Cortex

A Patient with an Intradural Tumor: An Unexpected Finding