It is estimated that one in every six patients undergoing solid cancer treatment will develop secondary lymphedema. We conducted a systematic review of publications assessing the potential use of pharmacotherapy agents in lymphedema treatment. The search was conducted on PubMed and eligibility criteria excluded papers that investigated other therapies or focused on primary lymphedema. From 285 potential papers found in the literature, seven studies fulfilled the eligibility criteria. Different types of therapies were proposed, but all of them interfered with inflammation in the lymphedema tissue. Interestingly, the majority of publications were clinical, and three authors conducted randomized, placebo-controlled, double-blinded clinical studies. Promising results were observed for the oral administration of ketoprofen or selenium and topical tacrolimus. Pharmacotherapy agents were successfully described in lymphedema treatment in clinical and experimental studies. The benefits of delivering ketoprofen, selenium, or tacrolimus in lymphedema were noticed, and these therapies were easily delivered and well-tolerated.

It is estimated that one in every six patients with solid cancer will develop lymphedema. In the United States alone, five to six million people are affected [1]. It is well-accepted by the scientific community that fibrosis and inflammation play a primary role in lymphedema physiopathology [2-4]. While searching for therapies to alleviate or potentially cure lymphedema, authors have proposed the utilization of agents that modulate tissue inflammation, fibrosis, and lymphangiogenesis. However, to date, most studies have proposed the utilization of lymphangiogenic growth factors, such as vascular endothelial growth factor C (VEGF-C), which could potentially increase the risk of metastasis [5-6].

On August 2, 2019, two reviewers (D.B. and M.T.H.) conducted independent searches using the PubMed database without timeframe limitations, initially through the title and abstract screen and then by a full-text review. Disagreements regarding article identification and final selection for the inclusion of literature were resolved by another reviewer (A.J.F.). The search was done using the following keywords: (((((((("anti-inflammatory agents") OR anti-inflammatory) OR Ketoprofen) OR ("Leukotriene B4 antagonists and inhibitors")) OR "Leukotriene B4") OR NSAID)) OR (("Immunosuppressive agents") OR Tacrolimus)) AND ((lymphedema) OR breast cancer lymphedema). Bibliographies of studies that fulfilled the study eligibility criteria were also examined, looking for articles not present in our initial search. This study followed the guidelines outlined in the Preferred Reporting Items for Systematic reviews and Meta-Analyses (PRISMA).

Eligibility criteria included studies reporting data on the potential use of pharmacologic agents as therapy in the treatment of cancer-related secondary lymphedema. Therefore, we excluded papers addressing other topics (eg, lymphedema physiopathology, anesthetic or surgical procedures, or the treatment of the inflammatory complications of lymphedema) and pharmacotherapy applied to other causes of lymphedema (eg, idiopathic, infectious, or rheumatologic). Abstracts, presentations, reviews, meta-analyses, and non-English language publications were also excluded.

Extracted data included the year of study, country, type of study, the model used for experiments, class of medication, name of the drug, and therapy delivery. Data extraction from articles, tables, and figures was performed by two reviewers (D.B. and M.T.H.), with the accuracy of data entry confirmed by an additional reviewer (A.J.F.).

From 286 potential papers found in the literature, seven studies fulfilled the study eligibility criteria (Figure 1; Table 1). The potential use of pharmacotherapy as a therapy in lymphedema treatment was described in studies from numerous countries. The first publication on the topic was a report on the injection of cyclophosphamide in four lymphedema patients. The utilization of different pharmacotherapy agents was proposed to treat lymphedema, but all of them involved agents with the capacity to control inflammation. Interestingly, the majority of studies (5 of 7) were clinical. The remaining publications were experimental studies in lymphedema models induced on mice. 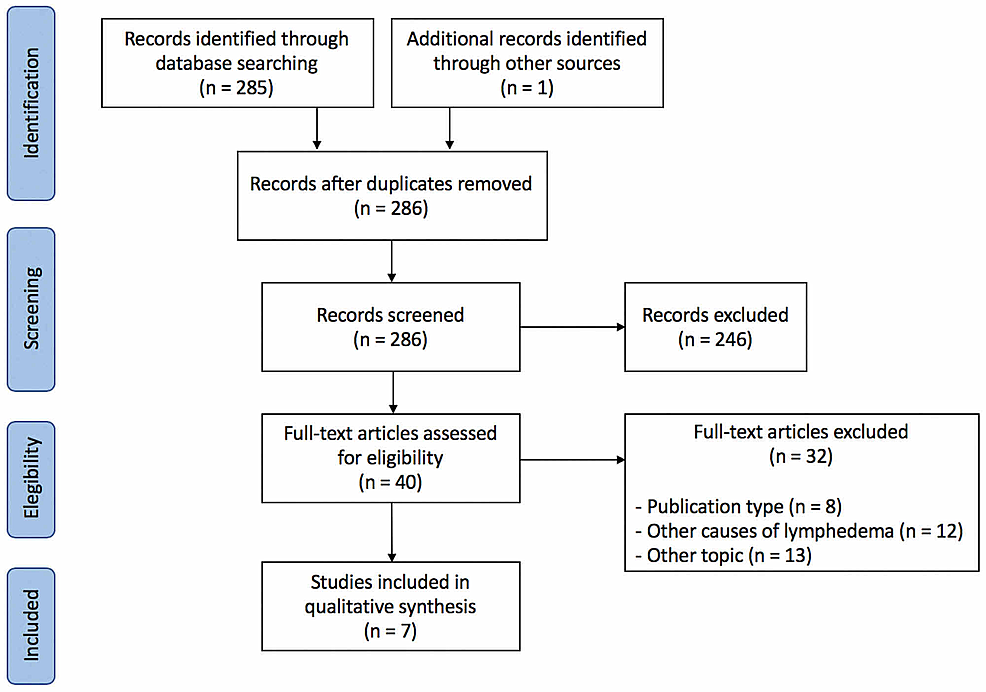 Figure 1: PRISMA Flow Chart of Included Studies in the Systematic Review of the Literature.

Nakamura et al. conducted an experimental study on a model of acquired lymphedema on mice, assessing the potential of subcutaneous injections of ketoprofen [12]. They demonstrated that ketoprofen injections reduced tail edema, normalized histologic changes, ameliorated dilated microlymphatics, and reduced epidermal thickness compared to untreated mice. They pointed out that ketoprofen paradoxically increased tumor necrosis factor (TNF)-α expression and cytokine levels. The authors postulated that ketoprofen likely promotes lymphangiogenesis by VEGF C induced through TNF-α. Rockson et al. conducted a clinical study on patients with primary or secondary lymphedema who took oral doses of ketoprofen three times daily for four months [14]. Initially, the study was an exploratory, open-label trial, with 21 patients, in which they noticed considerable lymphedema improvement at four months compared to patients at baseline before treatment. Driven by the positive results, they performed the second phase of the study, as a placebo-controlled clinical trial, in which they recruited 34 patients (16 were treated with ketoprofen and 18 received placebo). Ketoprofen decreased skin thickness and expression of plasma granulocyte colony-stimulating factor (G-CSF) and improved histopathology composite measures [14].

Nakamura et al. also assessed the subcutaneous injection of pegsunercept, a soluble TNF-α receptor 1 inhibitor [12]. Contrary to the positive results found for ketoprofen, a pegsunercept injection did not result in an improvement of lymphedema in mice as compared to controls. Interestingly, epidermal thickness increased and TNF-α gene expression decreased.

Gardenier et al. conducted an experimental study on mice, applying tacrolimus topically [13]. They noticed that the immunosuppressive potential of this drug affecting T-cells was effective in not only treating established lymphedema but also in preventing the initial development of lymphedema. Treated mice presented with decreased tissue swelling, fibrosis, and T-cell infiltration and increased lymphangiogenesis. Moreover, the authors noticed that treated animals also had improved lymphatic function and decreased dermal backflow [13].

Kitchen and Garrett published a series of cases describing the injection of cyclophosphamide in four patients with secondary lymphedema due to lymphatic metastasis from breast carcinoma [8]. Injections were done at an outpatient clinic, and no complications were noticed. Two patients presented with clinical improvement in edema and symptom relief [8].

To our knowledge, this is the first systematic literature review summarizing studies about the use of pharmacotherapy agents in lymphedema treatment. Different drugs that act by immunologic modulation were proposed. The rationale is that lymphangiogenesis could be potentiated by removing the deleterious manifestations of inflammation. Three authors conducted double-blinded, placebo-controlled studies [9,11,14]. Promising results were demonstrated for the delivery of ketoprofen, selenium, and tacrolimus.

Clinical and experimental studies demonstrated an improvement in lymphedema through the delivery of ketoprofen [12,14]. The idea of using ketoprofen in lymphedema treatment was originated by its capacity to inhibit cyclooxygenase, reducing tissue inflammation [15]. The delivery of selenium was assessed in three publications, all of which demonstrated positive results [9-11]. Although no adverse effects were noted among their patients, the common adverse effects of selenium described in the literature are gastrointestinal symptoms (eg, nausea, vomiting, and diarrhea) and irritation of the respiratory system.

Topical tacrolimus was investigated in one experimental study, leveraging the well-established safety and tolerability of this drug [13]. An advantage of topical delivery is the fact that it decreases the chance of systemic complications. Moreover, topical tacrolimus already has US Food and Drug Administration (FDA) approval for other chronic skin conditions, which is an important point to consider in terms of translating new therapies into the clinical setting. Because the drug would be applied to a large surface area, the authors acknowledged the importance of additional studies to optimize this treatment [13].

We do recognize the presence of several limitations to our study, including the potential for bias in interpreting data collected from other studies. Moreover, we only included papers published in English in this review. The search was conducted only on PubMed and our selection criteria resulted in a small number of included studies. However, we believe that this systematic review summarized valuable data regarding the potential use of pharmacotherapy agents in lymphedema treatment, which can guide future studies to advance the field.

Studies on the use of pharmacotherapy agents in lymphedema treatment investigated anti-inflammatory drugs. Promising outcomes were reported for the utilization of ketoprofen, selenium, and tacrolimus. Those agents were easily delivered and well-tolerated by patients and have the advantage of not increasing the risk of metastasis.

Conflicts of interest: In compliance with the ICMJE uniform disclosure form, all authors declare the following: Payment/services info: All authors have declared that no financial support was received from any organization for the submitted work. Financial relationships: All authors have declared that they have no financial relationships at present or within the previous three years with any organizations that might have an interest in the submitted work. Other relationships: This study was supported by the Mayo Clinic Center of Individualized Medicine and Mayo Clinic Robert D. and Patricia E. Kern Center for the Science of Health Care Delivery.
*No other disclosures for all authors
.

Figure 1: PRISMA Flow Chart of Included Studies in the Systematic Review of the Literature.