The objective of this study was to assess patterns of mandibular fractures and associated comorbidities in Peshawar, Pakistan.

RTA was the most frequent cause of mandibular fracture and trauma. Mandibular fractures were more common in men than women, with most patients aged 15-25 years. The most common fracture site was the parasymphysis.

The facial area is one of the most common sites of injury [1-2]. The mandible is fractured more frequently than any other facial bone, likely because it is exposed and protruding [1,3]. In addition to functional loss, a mandibular fracture can result in mild to moderate impairment or defect [4].

The mandible is particularly prone to maxillofacial trauma because of its unique shape, mobility, and prominence in the facial skeleton. It is the second most common facial bone experiencing traumatic injuries, accounting for 15.5%-59% of all facial fractures [6]. Patients with a broken lower jaw experience pain, difficulty chewing and talking, and esthetic disfigurement [7]. These injuries are often accompanied by psychological effects, along with significant financial costs [7].

The epidemiology of mandible fractures varies over time and in different countries. The etiology of these fractures is multifactorial, with the type and frequency of fracture dependent on socioeconomic status, culture, technology, demography, and economic factors.

The present study was carried out at the departments of oral and maxillofacial surgery of three hospitals in Peshawar, Pakistan: Sardar Begum Dental College and Hospital, Rehman Medical Institute, and Northwest General Hospital. Patients aged >15 years presenting at these hospitals with mandibular fractures, including X-rays showing a discontinuity of the mandible, from January to December 2015, were included. Patients with pathological fractures or fractures due to bomb blast injuries were excluded.

Based on the World Health Organization software for sample size determination, the minimum sample size was determined to be 138 patients, with a 95% confidence level and an 8% margin of error. Non-probability consecutive sampling technique was used as the sampling method.

Patients were examined clinically and radiographically in the outpatient departments of the three hospitals, and a detailed history was taken.

The study protocol was approved by the Ethical Committee of Gandhara University, Peshawar, and all included patients provided written informed consent. Patient information, including, name, age, and gender were recorded on pre-designed forms. Data were analyzed using IBM SPSS Statistics for Windows, Version 20.0 (IBM Corp., Armonk, NY). Continuous variables were reported as mean and standard deviation and categorical variables as number (percent). Patients were stratified by age, gender, and site of mandibular fracture to determine the etiology of mandibular fractures. The level of significance was set at P < 0.05. 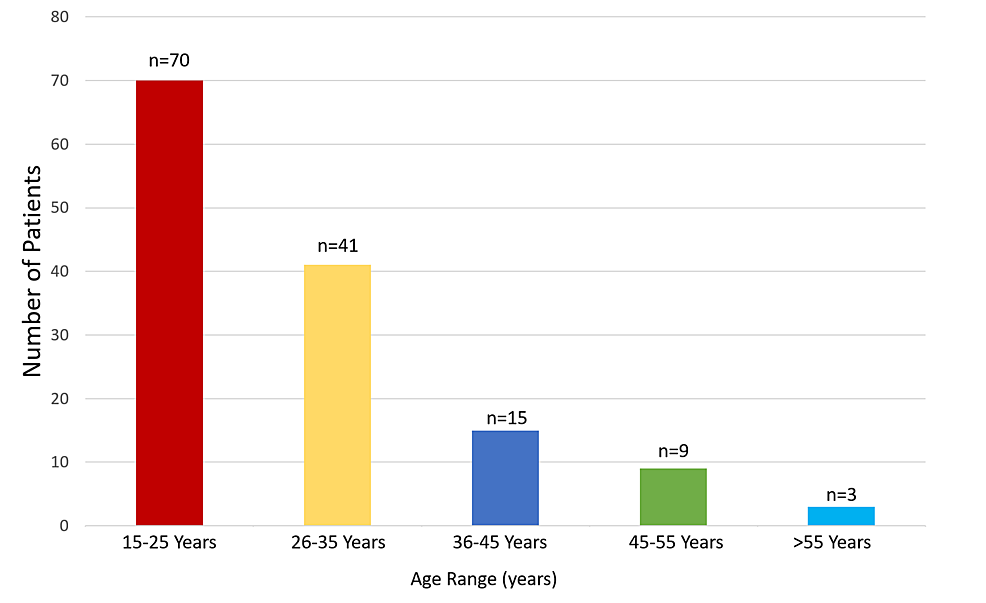 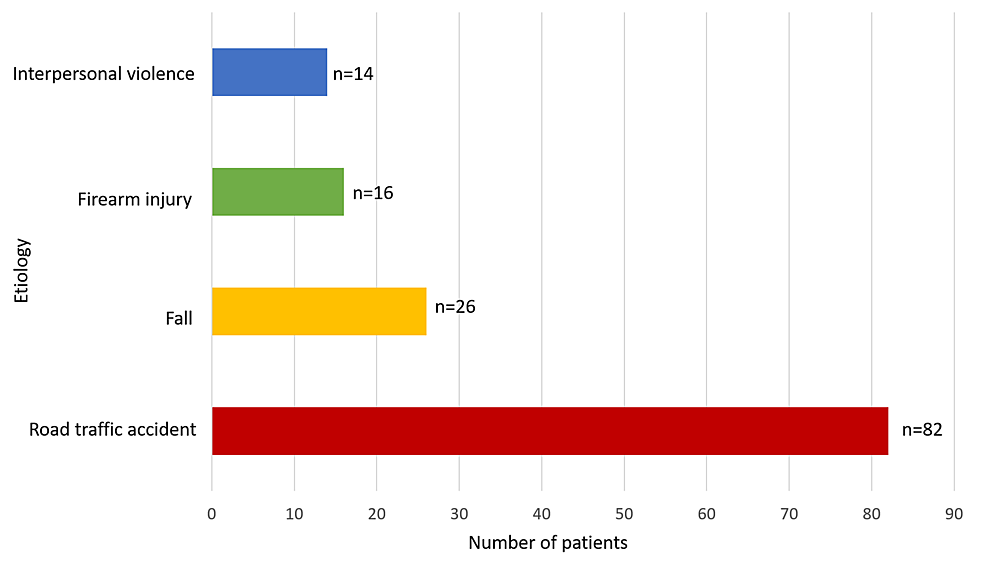 Table 2 shows the associated comorbidities in the study population.

Epidemiological surveys have shown that the causes, incidence, and patterns of mandibular fracture vary by geographical region, socioeconomic condition, cultural characteristic, and era. In the present study, 56% of patients with mandibular fracture were aged 15-25 years, consistent with the results of previous studies [8-9], but differs from that in a Jordanian population [10]. Moreover, mandibular fracture was more common in men than in women, with a 3.6:1 ratio, consistent with previous findings [1,11-12]. People are more active during the second and third decades of life than during other decades, making them more vulnerable to trauma. Moreover, men participate in more outdoor activities than women.

An awareness campaign to educate the public, especially drivers, about the importance of restraints and protective measures in motor vehicles should be started. Education of parents about the consequences of falls in children may reduce the incidence of injury in pediatric populations.

Most patients who experienced mandibular fractures were young men. The most common etiological factor was RTA, followed by falls, whereas the most frequently fractured site was the parasymphysis. The incidence of RTAs and resultant fractures may be reduced by strict enforcement of seat belt laws, speed limits, and other traffic rules.

We are grateful to doctors and staff of Sardar Begum Dental College and Hospital (SBDC), Rehman Medical Institute (RMI) and Northwest General Hospital (NwGH) Peshawar for support and advice.

© Copyright 2019
Rashid et al. This is an open access article distributed under the terms of the Creative Commons Attribution License CC-BY 3.0., which permits unrestricted use, distribution, and reproduction in any medium, provided the original author and source are credited.