This case highlights a patient in his fifth decade who presented from an outpatient setting for abnormal findings found on a transthoracic echocardiogram for syncopal workup. Cardiac MRI was consistent with non-compaction cardiomyopathy. A loop recorder then inserted, and he was placed on guideline-directed therapy for heart failure with reduced ejection fraction (HFrEF) and discharged with life vest since left ventricular ejection fraction (LVEF) > 35%.

Physicians should be aware of NCM diagnosis when a patient presents with heart failure and structural heart changes on imaging despite the age. Cardiac magnetic resonance imaging (CMRI) is the best diagnostic modality. Patients should be recognized and started on proper management to prevent complications.

Non-compaction cardiomyopathy (NCM) is a rare congenital cardiomyopathy which was previously called the spongy myocardium and hypertrabeculation syndrome [1,2]. It is characterized on cardiac imaging by a two-layered ventricular wall with prominent trabeculations and intertrabecular recesses that communicate with the ventricular cavity but not with the coronary circulation. The etiology is thought to be from the arrest of trabecular compaction during embryogenesis [1].

Initial presentation is variable and may occur at any age. The patient may be asymptomatic and diagnosed during a family screening or present with one of NCM complications: heart failure, arrhythmias and systemic embolic events [1].

This case highlights a patient in his fifth decade, presenting with syncope.

A 43-year-old male with past medical history of NASH with prior episode of encephalopathy and hyperlipidemia, presented from an outpatient setting for abnormal findings found on a transthoracic echocardiogram for syncopal workup. 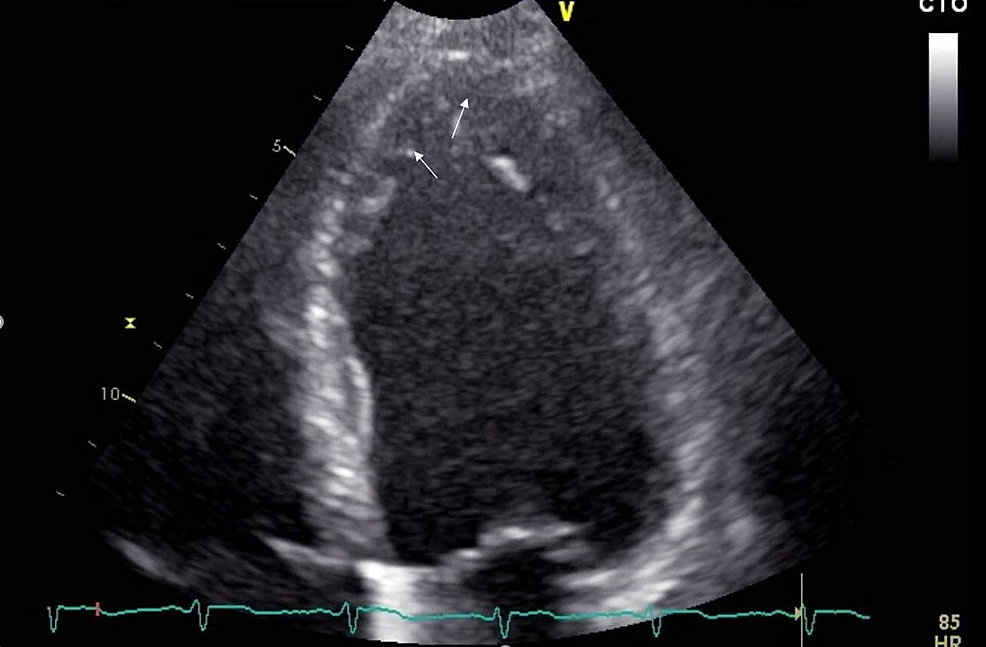 The patient was admitted for syncope; two days prior to his admission he was found on the floor by his wife. No evidence of seizure was found on workup.

Upon arrival to the emergency department, he was back to his neurological baseline. He disclosed recent fatigue and decrease in exercise tolerance. He denied pre-syncopal chest pain, palpitations or shortness of breath. There was no family history of sudden cardiac death or other cardiovascular disease. 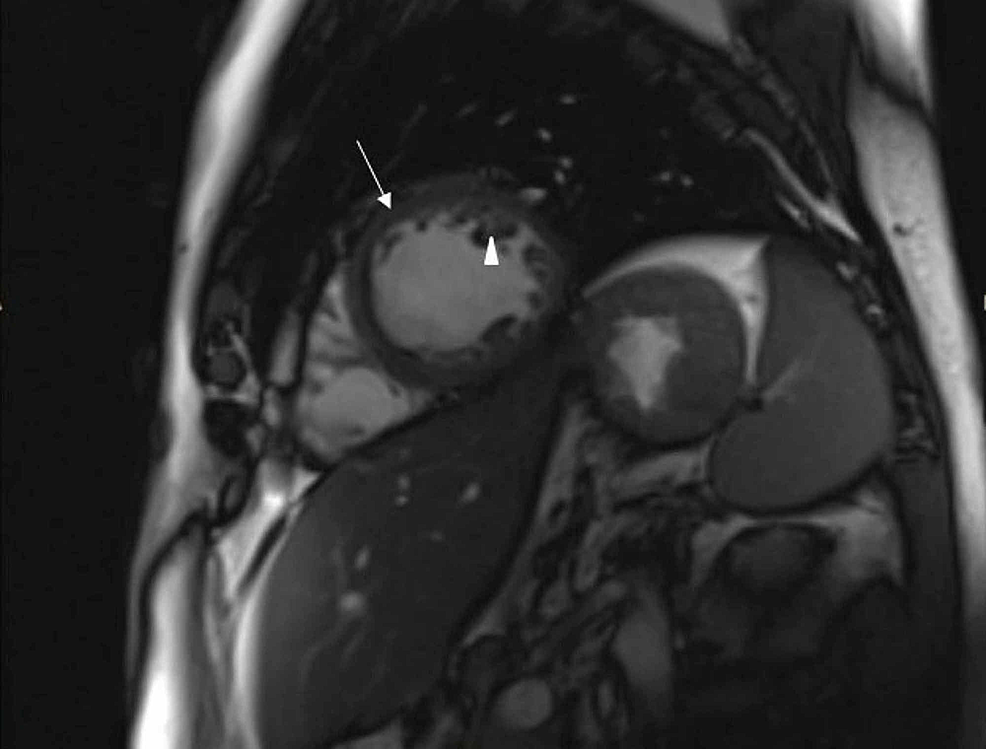 At that point the patient met the criteria of noncompaction cardiomyopathy. The syncope is most likely secondary to an arrhythmogenic ventricular event. A loop recorder was then inserted, he was placed on guideline-directed therapy for heart failure with reduced ejection fraction (HFrEF) and discharged with life vest since left ventricular ejection fraction (LVEF) > 35%.

Despite being a rare entity, NCM is being diagnosed with increasing frequency as physicians are more aware of the disorder, and diagnostic modalities continue to advance [3]. The etiology of NCM is believed to be secondary to the arrest of the final stage of myocardial morphogenesis. NCM has variable array of presentations and complications include: heart failure, ventricular arrhythmias, sudden cardiac death, and thromboembolic events.

There are many areas of controversies, such as: prevalence, diagnostic criteria, clinical features, prognosis and management strategies. Imaging criteria vary and remain questionable when distinguishing NCM from normal patterns. It is still debatable whether noncompaction is a separate cardiomyopathy entity or a trait shared by different cardiomyopathies [1].

The perfect diagnostic tool, which should act as a reproducible genetic marker, is still lacking. However, echocardiogram was the diagnostic study of choice; now it is cardiac MRI with its high resolution helping to differentiate non-compacted and compacted myocardium. It also allows for the imaging of the apical wall [4]. A study by Petersen et al. using cardiovascular magnetic resonance (CMR) found that pathological non-compaction had a non-compaction to compaction ratio >2.3 in end-diastole and that the specificity and negative predictive values were both 99% [5].

Jenni et al. criteria take into consideration both end-diastolic and end-systolic myocardial layer thickness. NCM is diagnosed when the non-compacted/compacted ratio is more than 2.0. Prominent trabeculations must present [6].

NCM management is the treatment of its main complications - HFrEF, embolic events, and arrhythmias. Treatment is started with standard guideline-directed therapy for HFrEF with ACE-inhibitors and B blockers. Women with NCM should be cautioned about future pregnancies to mitigate complications [7]. In addition, screening of first-degree relatives with an echocardiogram is warranted due to the familial association of NCM [8].

Physicians should consider NCM diagnosis when patients present with heart failure symptoms, and evidence of structural abnormalities on echocardiogram at any age. Despite several imaging diagnostic criteria using echocardiogram and cardiac MRI, the latter is the preferred diagnostic modality. NCM has serious complications as ventricular arrhythmias and thromboembolic events that can be mitigated with early diagnosis and management of heart failure.

© Copyright 2019
Musmar et al. This is an open access article distributed under the terms of the Creative Commons Attribution License CC-BY 3.0., which permits unrestricted use, distribution, and reproduction in any medium, provided the original author and source are credited.

A Case Report of Mesenteric Panniculitis

Transradial Versus Transfemoral Approach for Coronary Angiography in Females ...