Despite numerous advancements in diagnostics and treatment, lung cancer carries a high mortality rate. This is primarily attributable to the fact that the majority of patients present with stage III or IV disease and otherwise non-specific symptoms. In this article, we discuss a rare case of stage IV lung cancer presenting as supraventricular tachycardia secondary to cardiomediastinal involvement. Unfortunately, by the time the tumor had involved the mediastinum, surgical options were limited and treatment was largely palliative.

Lung cancer is a leading cause of cancer-related mortality in the United States (25.9% in 2017) [1]. The high mortality rate associated with lung cancer can be explained by aggressive course of this disease and frequent absence of any clinical manifestations until the tumor has progressed to an advanced stage. Non-specific symptoms such as cough, hemoptysis, dyspnea, and pleural effusions are thought to result from local and intra-thoracic tumor spread while distant spread can result in symptoms concerning the organ involved. Rarely, local tumor spread can result in involvement of mediastinal structures and manifest as the commonly known superior vena cava (SVC) syndrome, pericardial effusion, and even cardiac arrhythmias.

A 79-year-old male with a past history of aortic valve replacement presented to our hospital with sudden onset of lightheadedness and fatigue. On initial assessment, he was hypotensive with blood pressure (BP) 95/54, and pulse rate 168 beats per minute. Electrocardiogram (EKG) showed a wide complex tachycardia with a ventricular rate of 156 beats per minute (Figure 1). 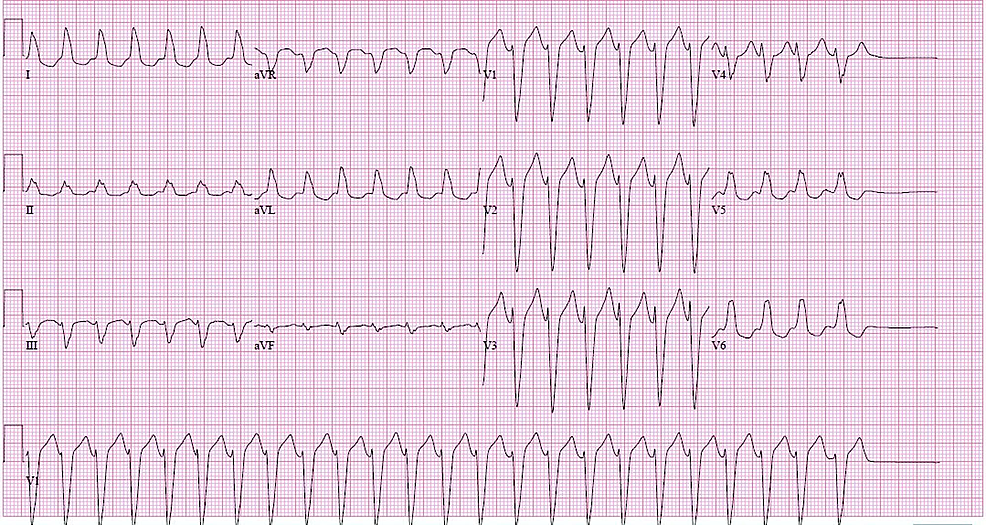 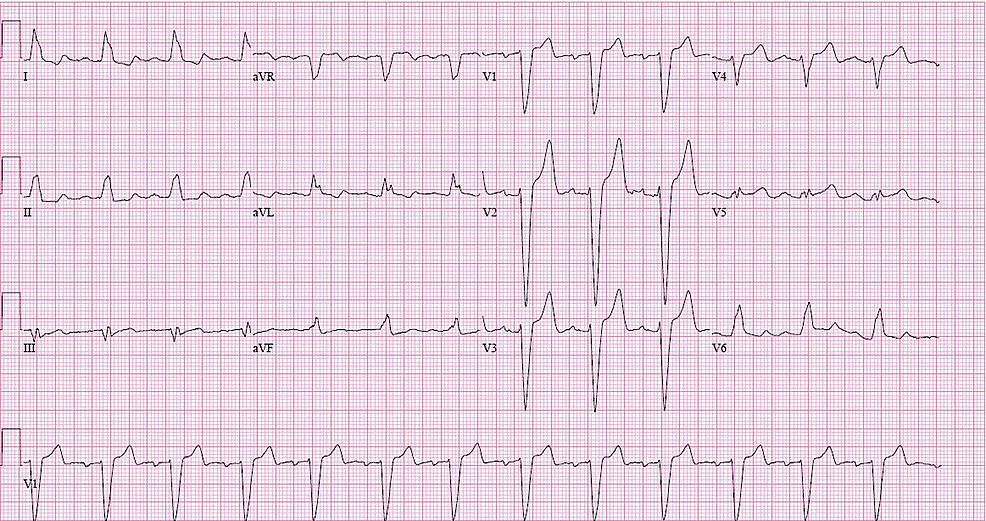 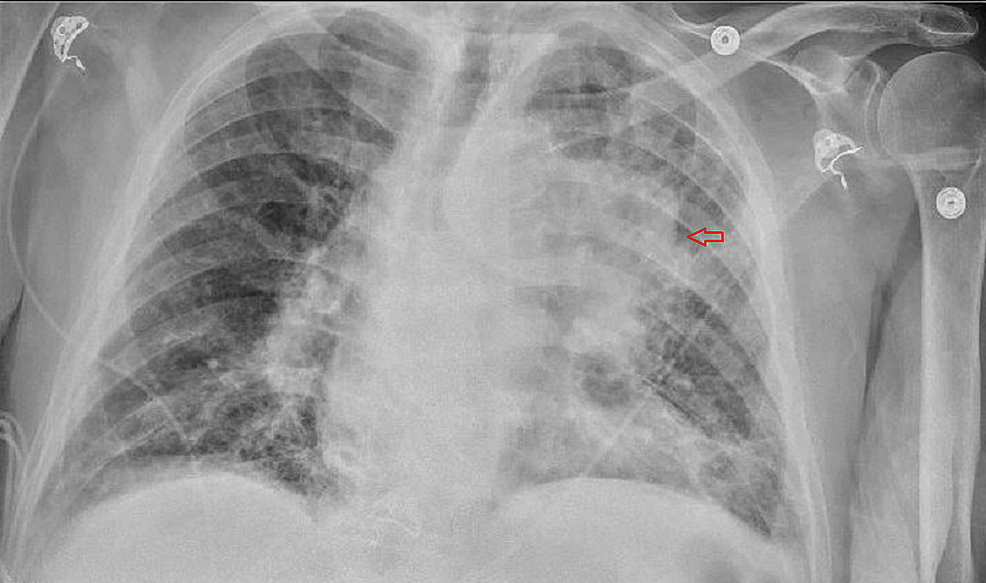 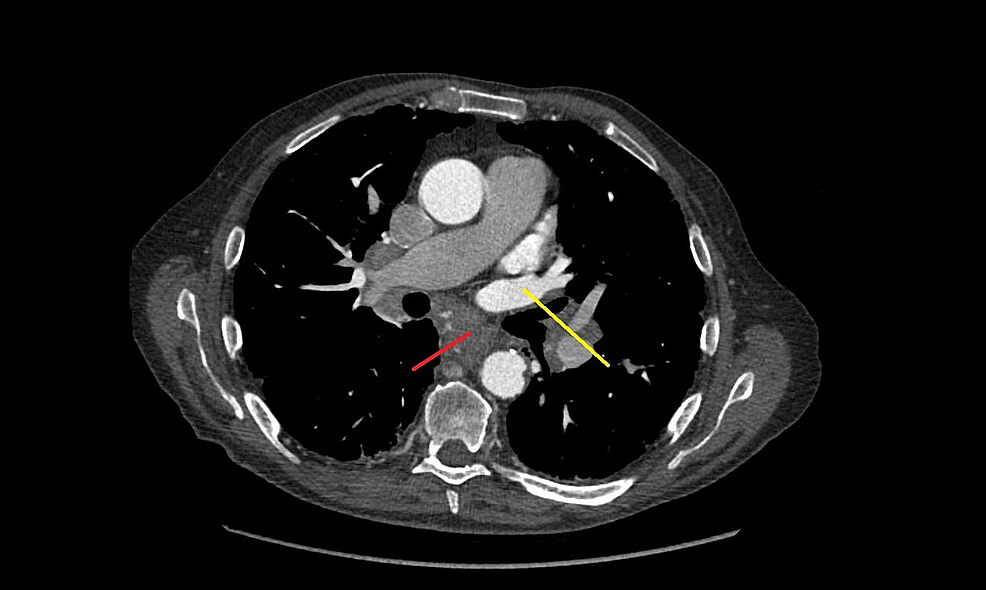 Associated findings were mediastinal lymphadenopathy involving the left superior mediastinum and CT-guided biopsy of the lymph node showed metastatic lung adenocarcinoma. Given the extensive involvement of mediastinal structures, the tumor was deemed unresectable and a decision was made to treat it with palliative chemotherapy. Metoprolol was continued for rate control and the patient continued to remain in sinus rhythm.

The epidemic of lung cancer makes it important for physicians to be aware of its various atypical presentations. The purpose of this case was to highlight a rare mechanism of atrial arrhythmia and make readers aware of this unusual but consequential association. Unfortunately, by the time the tumor had involved the mediastinum, surgical options were limited. Screening guidelines have evolved to detect lung cancer in early stages thereby reducing the overall burden of advanced lung cancer.

© Copyright 2019
Amin et al. This is an open access article distributed under the terms of the Creative Commons Attribution License CC-BY 3.0., which permits unrestricted use, distribution, and reproduction in any medium, provided the original author and source are credited.