The patient is a 52-year-old male with a history of a severe motor vehicle collision, who presented with the chief complaint of persistent right shoulder weakness. Fifteen months prior, he was struck as a pedestrian by a motor vehicle. As a result, he sustained multiple severe facial fractures, fractures of the first, third, fourth, and fifth right ribs, a fracture of the left first rib, fractures of the left T1 and T2 transverse processes, and a comminuted transverse fracture of the right scapular body (Figure 1, Figure 2). 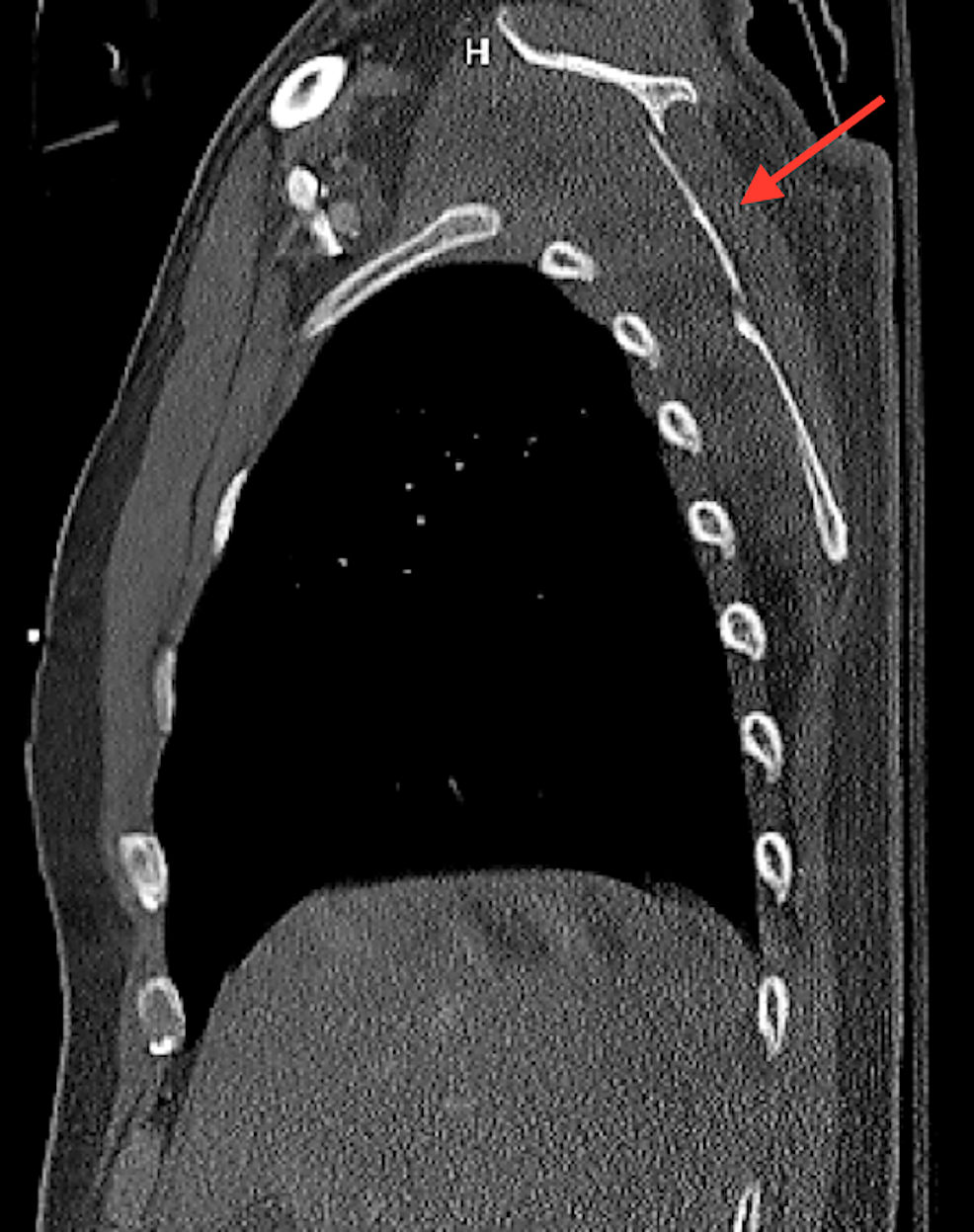 He received multiple facial reconstruction surgeries and was kept in the hospital for over one month. Since then, he had been followed by an orthopedic surgeon and received physical therapy but the right shoulder weakness persisted. Physical examination of the right shoulder in our clinic revealed marked atrophy of the infraspinatus muscle when compared to the left shoulder. In addition, there was a significant loss of range of active and passive motion in all planes of the right shoulder. EMG was performed, which demonstrated a normal insertional activity and interference pattern in the biceps and deltoid muscles, suggesting no denervation at these muscles. He had reduced recruitment, a reduced interference pattern, and a few positive sharp waves in the supraspinatus muscle, suggesting denervation. The infraspinatus muscle had little to no activity and was difficult to measure due to significant atrophy. These findings suggested that there was an injury to the suprascapular nerve with more severe denervation at the branch to the infraspinatus muscle. The suspected cause of the injury was the scapular fracture. The patient was sent for physical therapy and was unwilling to consider further invasive treatment at this time. Although the patient's shoulder pain was stable at the time, it was thought that physical therapy could be useful to prevent further atrophy and weakness. 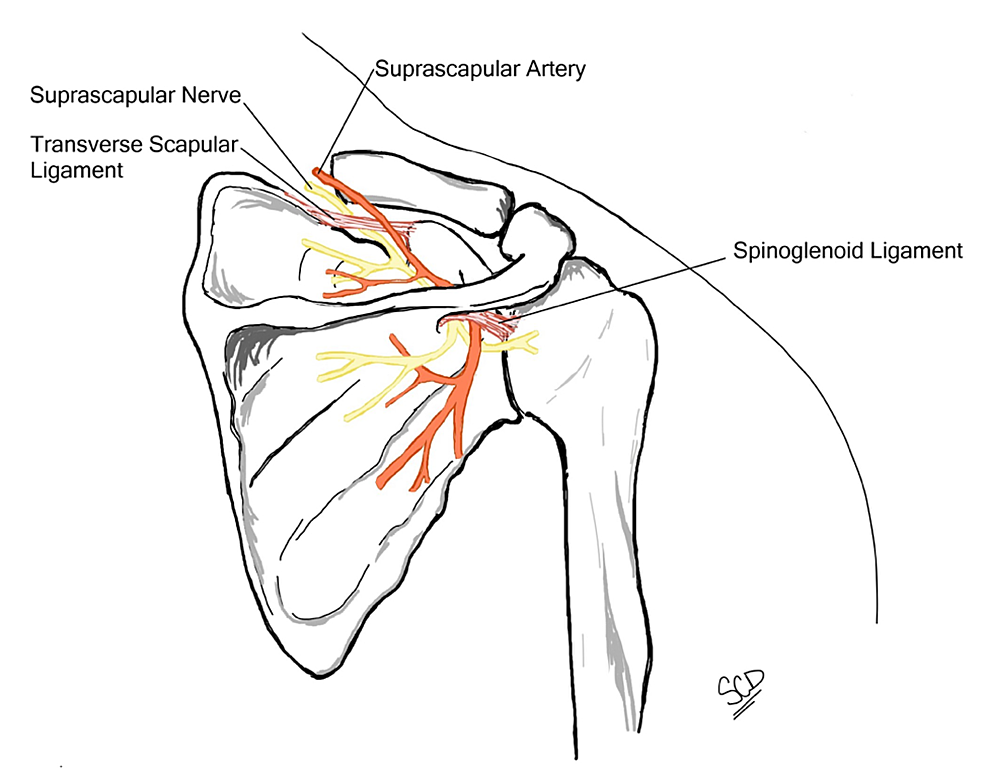 The diagnosis of a nerve injury can be made with a complete history and physical examination. These findings can be confirmed with EMG and nerve conduction studies [3-4]. Treatment is initially nonoperative and early rehabilitation involving active and passive ROM exercises with the hopes of delaying muscle atrophy and preventing secondary shoulder joint pathology [3]. Pain may be managed with the use of non-steroidal anti-inflammatory drugs (NSAIDs) and, in the setting of symptomatic progression, surgical intervention with either the open or the arthroscopic technique [4]. The advent of arthroscopic techniques has increased the number of suprascapular nerve releases performed by orthopedic surgeons [1].

© Copyright 2019
Ohanisian et al. This is an open access article distributed under the terms of the Creative Commons Attribution License CC-BY 3.0., which permits unrestricted use, distribution, and reproduction in any medium, provided the original author and source are credited.