We present an unusual case of hyponatremia in an ambulatory hypothyroid patient and review related published literature on PubMed including, original articles, reviews and case reports that describe or refute the association and mechanism for the development of hyponatremia in hypothyroidism.

A 50-year-old female presented in ambulatory clinic with complaints of bilateral hand swelling, fatigue, dizziness, and unsteadiness while walking. Laboratory investigations revealed that she had hypothyroidism and hyponatremia. Thyroid hormone replacement therapy resulted in resolution of hypothyroidism symptoms as well as hyponatremia. A comprehensive search of related literature regarding the development of chronic hyponatremia in hypothyroidism revealed two schools of thought, which we have summarized in this report.

Based on our observations, we conclude that due to overlap in symptoms of hyponatremia and neurological manifestations of hypothyroidism, it is imperative to screen hypothyroid patients for underlying hyponatremia and treat accordingly in order to prevent long-term complications of chronic hyponatremia. Hyponatremia secondary to hypothyroidism resolves with appropriate thyroid hormone replacement therapy, which shows convincing evidence of an association between the two entities.

A 50-year-old Caucasian female presented to the outpatient clinic with severe pain and swelling of hands bilaterally, extreme fatigue, dizziness while standing from sitting position, irritability, and feeling unsteady while walking. Symptoms had been ongoing for six months. The patient denied any trauma, insect bite on hands, nausea, vomiting, and diarrhea, blood in stools, shortness of breath, heavy menstruation, or altered urinary habits. The patient had a history of diabetes mellitus (DM) type 2 and hypertension (HTN) for seven years, for which she was taking sitagliptin/metformin and amlodipine, respectively.

On examination, the patient was hemodynamically stable. Her hands appeared puffy. There was tingling along the median nerve distribution upon taping the wrists bilaterally. Examination revealed no enlargement of the thyroid gland. The remainder of the physical exam was unremarkable.

Common etiologies for hyponatremia include diarrhea, heart failure, liver disease, renal disease, adrenal insufficiency, SIADH, and certain drugs. Physicians can classify hyponatremia as acute or chronic. Chronic hyponatremia causes attention deficits, unsteadiness, and increases the risk of falls [5,6]. Clinical manifestations are primarily neurologic and occur due to an osmotic shift of water into brain cells, causing edema [9]. Acute hyponatremia can cause a headache, confusion, irritability, muscle cramps, seizures, and coma. Researchers do not fully understand the mechanism by which deficiency of thyroid hormone causes decreased sodium levels. In the published literature, researchers have proposed a number of mechanisms.

Table 1: Summary of proposed mechanisms for development of hyponatremia secondary to hypothyroidism

The probable cause of hyponatremia in our patient is hypothyroidism, as her serum sodium level improved after appropriate levothyroxine dosage and adjustment. Hyponatremia can be secondary to uncontrolled DM or hyperlipidemia [19]. The physician treated both of these conditions appropriately in our patient.

Figure 1 depicts the effect of optimal thyroid hormone replacement therapy on serum sodium and TSH levels in our patient. 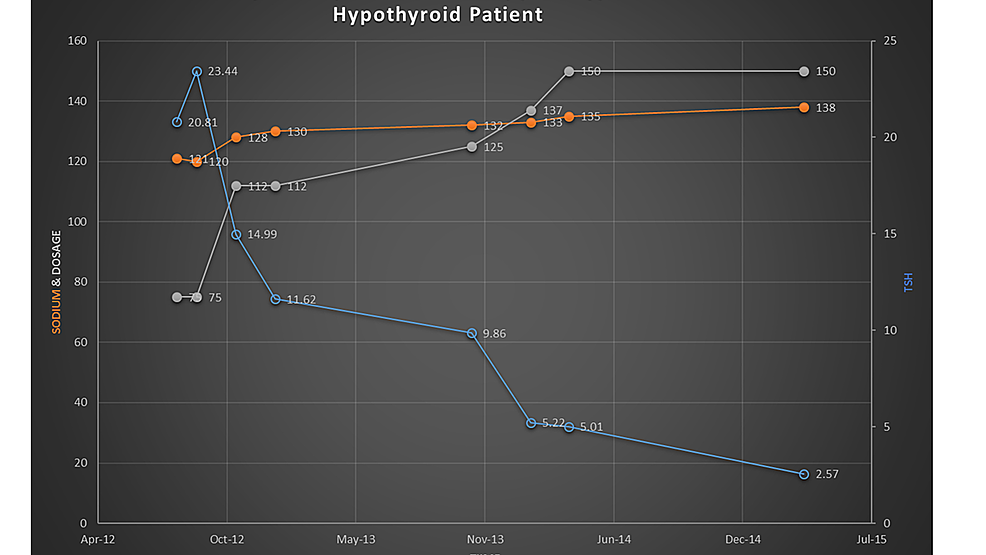 Figure 1: Effect of thyroid replacement therapy on hyponatremia in a hypothyroid patient

Serum sodium level improved only after optimal replacement therapy with Levothyroxine, which confirms the relationship of hyponatremia to thyroid hormone deficiency in this patient. Her hyponatremia was initially thought to be secondary to hyperglycemia and/or hypertriglyceridemia. However, hyponatremia persisted even after serum triglyceride and HbA1c levels became normal. Her sodium level normalized after appropriate thyroxine replacement therapy. Therefore, it is recommended that physicians should always screen chronic hypothyroid patients for electrolyte abnormalities to prevent complications.

© Copyright 2019
Chaudhary et al. This is an open access article distributed under the terms of the Creative Commons Attribution License CC-BY 3.0., which permits unrestricted use, distribution, and reproduction in any medium, provided the original author and source are credited.

Figure 1: Effect of thyroid replacement therapy on hyponatremia in a hypothyroid patient

Table 1: Summary of proposed mechanisms for development of hyponatremia secondary to hypothyroidism