A 46-year-old male with stage IVB nodular sclerosis Hodgkin lymphoma received treatment with six cycles of ABVD (doxorubicin, bleomycin, vinblastine, dacarbazine) and then autologous stem cell transplant. Despite these treatments, he had progression of his disease. The positron emission tomography (PET) showed hypermetabolic activity in the anterior mediastinal mass and left hilar lymph node. He underwent radiation to the mediastinum. A subsequent computed tomography (CT) scan of the chest and liver showed a progression of the anterior mediastinal mass measuring 3.7 x 2.2 cm and a new mass in the left lobe of the liver measuring 2.9 x 2.8 cm (Figures 1-2). 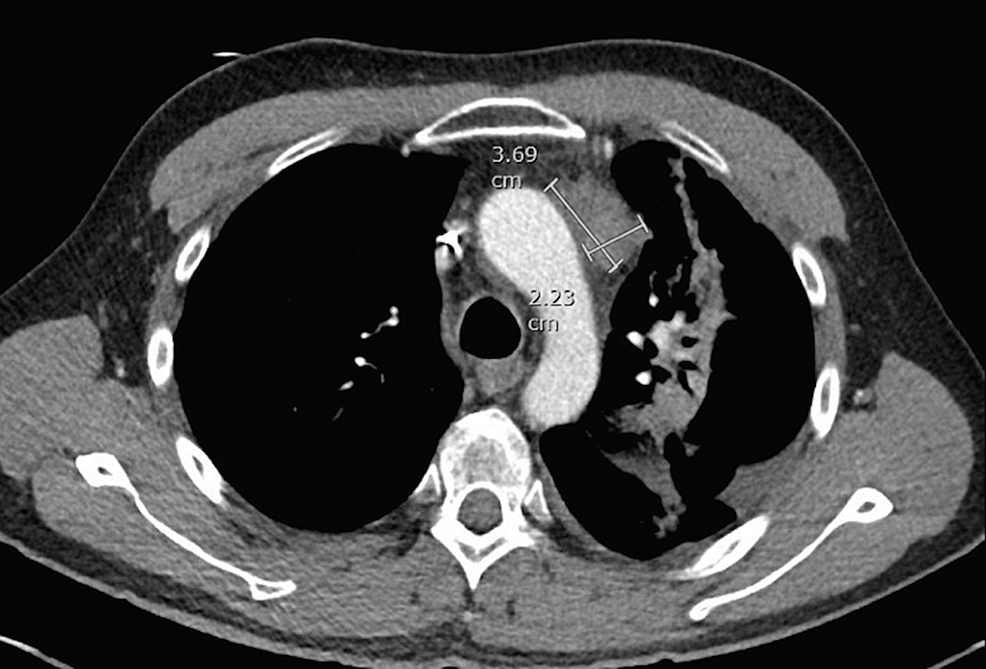 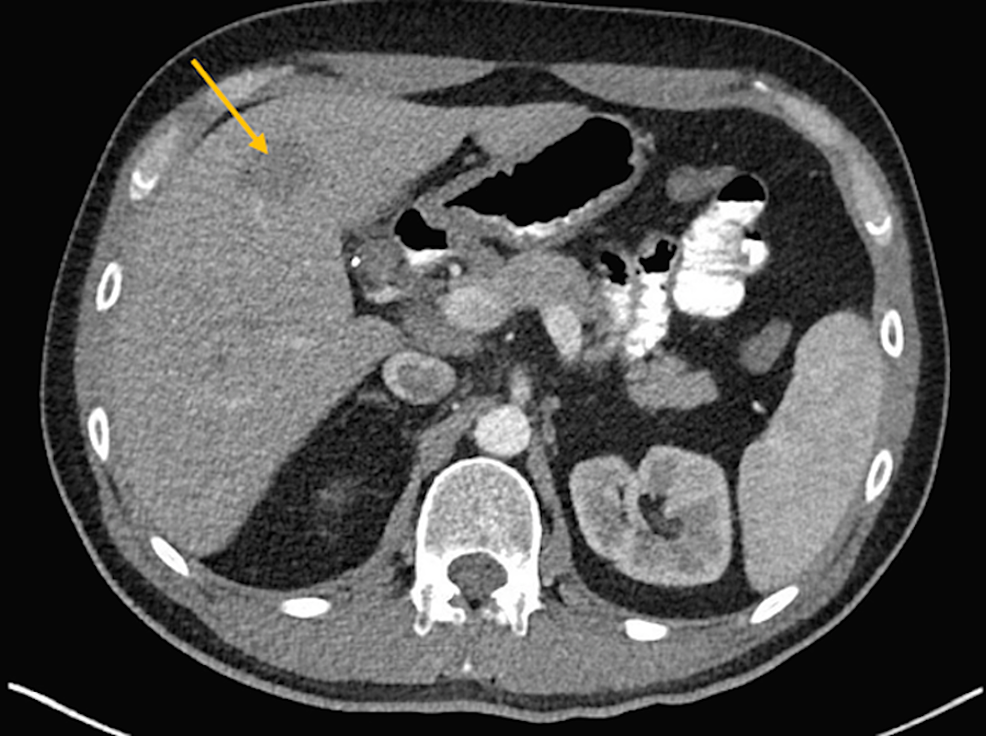 Figure 2: Computed tomography (CT) scan of the liver showing a mass in the left lobe

A liver biopsy of the mass showed recurrent classical Hodgkin lymphoma. He was started on brentuximab vedotin at a dose of 1.8 mg/kg after administration of oral diphenhydramine 25 mg and oral acetaminophen 650 mg. Three weeks later, the second cycle was administered at the same dose with the same premedications. After receiving 10 mL of the medication, he developed facial flushing, swelling, generalized rash, and a scratchy sensation in his throat. He was given hydrocortisone 100 mg intravenously and his symptoms improved. Prior to the next cycle of treatment, the diphenhydramine 25 mg was changed to the intravenous (iv) route and dexamethasone sodium phosphate 20 mg iv and famotidine 20mg iv were added. During his third brentuximab vedotin infusion, he developed facial flushing and swelling, scratchy throat, and a rash. The infusion was stopped and he was given diphenhydramine 25 mg iv. His symptoms resolved gradually. It was decided to admit him to the hospital for cycle four for brentuximab vedotin desensitization. He was premedicated with methylprednisolone 60 mg iv, acetaminophen 650 mg orally, famotidine 20 mg iv, diphenhydramine 50 mg iv, and montelukast 10 mg orally. The following protocol was used for brentuximab vedotin at 1.8 mg/kg (Table 1).

The patient had no complications during the desensitization process. For cycle five, he was admitted as well, and similarly, had no hypersensitivity reactions. The dose of brentuximab vedotin was reduced to 1.2 mg/kg on cycle six for worsening neuropathy, but the desensitization was continued. After cycle six, the treatment with brentuximab vedotin was discontinued due to worsening neuropathy and progression of the cancer. The PET scan showed several new hypermetabolic foci in the liver with mildly hypermetabolic lung nodules slightly progressed from prior imaging studies. He was started on nivolumab for further management of his Hodgkin lymphoma.

In relapsed Hodgkin lymphoma, patients can undergo re-induction with the same chemotherapy or another chemotherapy regimen followed by autologous hematopoietic stem cell transplant. Subsequently after stem cell transplant, if there is a relapse, an involved-field radiation therapy for residual masses could be performed [1]. Another option is brentuximab vedotin, which is a monoclonal antibody which targets the CD30 antigen on the Reed-Sternberg cells [5]. It is FDA (US Food and Drug Administration) approved for patients who have relapsed after autologous stem cell transplantation or have failed at least two lines of therapy. On March 20, 2018, the FDA approved brentuximab vedotin to treat adult patients with previously untreated stage II or IV classical Hodgkin lymphoma in combination with chemotherapy based on results from the ECHELON-1 trial [6]. As brentuximab vedotin is an important treatment option for patients with Hodgkin lymphoma, it is crucial to know about its hypersensitivity reaction and its plausible method of desensitization. Our case describes a hypersensitivity reaction to brentuximab vedotin, which manifested as a rash and mild airway obstruction. Based on case reports about brentuximab vedotin desensitization, we implemented the protocol in our patient (Table 2).

We implemented the desensitization protocol and premedicated our patient with 50 mg iv diphenhydramine, 20 mg iv famotidine, 60 mg iv methylprednisolone, 10 mg oral montelukast, and acetaminophen. We then followed the 12-step desensitization protocol, in which the concentration of the drug was gradually increased. Our patient underwent successful brentuximab vedotin desensitization and was able to undergo further treatment. Routinely, when there is disease progression with brentuximab vedotin then the next step would be to start treatment with anti-program cell death (PD)1 inhibitor, such as nivolumab.

Through our case, we have highlighted that brentuximab vedotin is an important treatment option for patients with advanced Hodgkin lymphoma. Hypersensitivity reactions can occur with this drug, which can be successfully managed with desensitization.

Figure 2: Computed tomography (CT) scan of the liver showing a mass in the left lobe