The support of the pelvic organs is contributed to by the cardinal, uterosacral, and uterovesicular ligaments and the pelvic floor musculature. Of these, known by several names, the cardinal ligament (Figure 1) is a structure that provides the support and stabilization of the cervix and the upper vagina to the pelvic wall. It is important to note that the cardinal ligament is not a skeletal ligament and contains arteries, veins, and nerves. Various inconsistencies appear in the literature regarding this structure due to the variability and complexity of pelvic pathology. This review aims to highlight the anatomical and clinical significance of the cardinal ligament to provide a better understanding for clinicians. 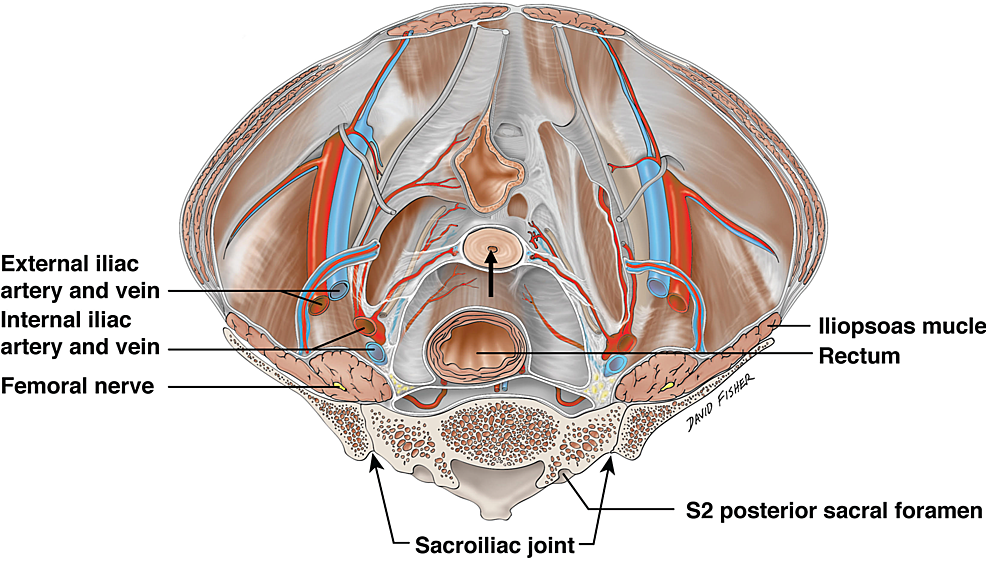 Figure 1: Superior view of the female pelvis external to the peritoneum

The cardinal ligament can be subdivided based on histological characteristics. Range and Woodburne [6] revealed variable arrangement in collagen fibers and inconsistent cellular and vascular components in different regions of the cardinal ligament on microscopic examination. Another histologic study revealed increased expression of collagen III and tenascin with decreased elastin in the cardinal ligaments of women with a prolapsed uterus [10]. On the other hand, some studies have reported decreased levels of collagen in women with pelvic organ prolapse and urinary incontinence [11-13]. Salman et al. [14] found that the collagen fibers were more densely arranged and were thicker in women without uterine prolapse.

Although many disagreements exist regarding the terminology, the clinical implications of the cardinal ligament related to disorders of the pelvic floor and cervical malignancy must be acknowledged. It is important to note that the pelvic floor musculature and the pelvic fascia mutually contribute to the stability of the pelvic floor [18]. The levator ani muscle provides support to the pelvic organs and consists of the puborectalis, pubococcygeus, and iliococcygeus muscles [19]. In a study using 3D models from MRI, authors have developed four patterns of levator ani avulsion pathology that was associated with pelvic organ prolapse. This study also revealed that there was a significant difference in the morphology of the puborectalis and pubococcygeus parameters in women with prolapse compared to the control group while there was no difference in the morphology of the iliococcygeus muscle [19]. Otcenasek et al. [18] performed a similar study to classify the causes of pelvic prolapse and revealed that prolapse may occur due to a defect of the fascia and can be either partial or complete tears while the muscle defects can be variable. Some authors have identified the cardinal ligament as a structure consisting of the lateral parametrium observed from the dissected paravesical space while the transverse cervical ligament is observed from the dissected pararectal space [9]. Yabuki describes the cardinal ligament and the transverse cervical ligament as two different structures that comprise the supporting system of the pelvis [20]. He emphasizes that the cardinal ligament represents only the medial side of the supporting system while the transverse cervical ligament is the lateral continuation of the cardinal ligament that forms a complex with the lateral ligament of the rectum and the umbilical ligament [20].

From a surgical perspective, the cardinal ligament still remains a vital landmark, as it is one of the pedicles to be secured during a hysterectomy. According to Cruikshank and Kovac [21], the traction and cutting of the cardinal ligament are the main factors that affect ureter movement during vaginal hysterectomy. This leads to the movement of the ureter out of the operative field, thereby protecting the ureter from possible injury. One recent study evaluating different guideline protocols proposed that the possibility of pelvic prolapse after hysterectomy may decrease by the suspension of the vaginal vault to the cardinal and uterosacral ligaments [22]. Another important surgical consideration is the prediction of the uterine anatomy based on the cervical position, which is an important consideration for several gynecological procedures. Fidan et al. [23] revealed that the anatomy of the uterus and adjacent tissues can be predicted by pelvic examination and confirmed with ultrasonography. This study revealed that the uterus was anteverted in 90% of cases with the cervix being in the posterior fornix position while uterine anteversion was present in 64.2% of cases with an anterior cervix [23].

In addition, the cardinal ligament is also involved in radical hysterectomy for cervical cancer due to the lymphatic drainage of the cervix. Girardi et al. [24] revealed that both positive and negative pelvic nodes can be found in variable locations along the parametrium, even at the most lateral region near the pelvic side wall. This study also revealed that positive parametrial lymph nodes are strongly associated with the presence of positive pelvic lymph nodes and a higher recurrence rate of cervical cancer [24]. This may suggest more extensive resection of the cardinal ligament to ensure a disease-free state. However, one must also consider possible damage to the pelvic plexuses traveling in these ligaments to avoid urinary bladder, rectal, and sexual complications that may arise when these ligaments are resected during a radical hysterectomy [25]. It was previously reported that the nerve content is variable along the length of the cardinal ligament; however, there is an increased nerve content in its lateral thirds from the pelvic wall [16].

Ramanah et al. [26] analyzed the literature and describes the cardinal and uterosacral ligaments as “visceral ligaments,” which contain blood vessels, nerves, connective tissue, and adipose tissue. These authors described the origin of the internal iliac artery as the proximal insertion point and the cervix and upper vagina as the distal insertion point of the cardinal ligament [26]. Another review also revealed similar findings and inconsistencies relating to the description and characteristics of the cardinal ligament [27]. This signifies the importance of obtaining a consistent description of these ligaments in order to better understand the pathologies of the pelvic floor.

The aim of this review was to highlight some of the disagreements and to provide a better understanding of the nature of the cardinal ligament. Due to the complexity of the pelvic floor, further research is warranted to clear some of the inconsistencies in the literature. Despite the differences in terminology, the clinical and surgical significance of this ligament is paramount in providing ideal patient care.

© Copyright 2018
Eid et al. This is an open access article distributed under the terms of the Creative Commons Attribution License CC-BY 3.0., which permits unrestricted use, distribution, and reproduction in any medium, provided the original author and source are credited.

Figure 1: Superior view of the female pelvis external to the peritoneum

Wastage of Blood Units at Tertiary Care Hospitals of Lahore

National Institutes of Health Funding in Obstetrics and Gynecology: Analysis ...