Ultrasound-guided peripheral intravenous line (PIV) placement is associated with increased success rates, decreased time to cannulation, and fewer skin punctures than traditional, landmark-based techniques. However, it is unclear which technique is best. This review compares the short-axis (SA) and long-axis (LA) techniques for PIV placement.

The existing literature suggests that the SA technique is associated with greater success than the LA technique. Based upon the data, short-axis may be considered as the first approach for ultrasound-guided PIV placement among providers comfortable with both techniques, though further studies are needed.

Peripheral intravenous line (PIV) placement is one of the most commonly performed procedures in the Emergency Department (ED) [1]. Traditional, landmark-based PIV placement has a success rate of approximately 91% in the emergency setting [2]. However, certain medical conditions such as diabetes, sickle cell disease, and intravenous drug use are associated with increased difficulty with PIV placement [3]. Failed landmark-based PIV placement has previously required central venous or intraosseous access, which can be associated with an increased risk of complications [4]. Recently, there has been a growing body of literature supporting the use of ultrasound-guided PIV placement among ED nurses, technicians, and physicians [5-8]. Multiple studies have demonstrated that ultrasound-guided PIV access is associated with increased success rates, decreased time to cannulation, and fewer skin punctures [5-7,9]. Although studies have shown increased success with ultrasound-guided PIVs, there is currently no standard method for insertion. Some users favor the longitudinal, in-plane approach whereas others prefer the short axis, out-of-plane technique. The aim of this paper was to perform a systematic review and meta-analysis of existing trials that compare the short- and long-axis techniques for ultrasound-guided PIV placement.

This protocol (#CRD42017073249) was registered with and is available for review at the PROSPERO website (https://www.crd.york.ac.uk/PROSPERO/). Our study conforms to the Preferred Reporting Items for Systematic Reviews and Meta-Analyses (PRISMA) guidelines for systematic reviews and was performed in accordance with best practice guidelines [10]. In conjunction with a medical librarian, we conducted a search of PubMed, Embase, Scopus, the Cochrane Database of Systematic Reviews, and the Cochrane Central Register of Controlled Trials to include citations from inception to August 4, 2017. Details of the search strategy are included in the Appendix. We reviewed the bibliographies of identified studies and review articles for potential missed articles. We also consulted with topic experts to help identify any further relevant studies.

Inclusion criteria consisted of all prospective, observational and randomized, controlled trials assessing the first pass success rates of the short- versus long-axis approach for ultrasound-guided PIV placement. Secondary outcomes included time to placement, number of needle passes, and incidence of posterior wall puncture. Exclusion criteria included retrospective studies, case series, and studies published in abstract format only. There were no language exclusions. Two physician-investigators independently assessed studies for eligibility based upon the above criteria. All abstracts meeting initial criteria were reviewed as full manuscripts. Studies determined to meet the eligibility criteria on full text review by both extractors were included in the final data analysis. Any discrepancies were resolved by consensus.

A total of 11,094 studies were identified. PubMed yielded 7,858, Scopus identified 3,132, the Cochrane Database of Systematic Reviews found one article, and the Cochrane Central Register of Controlled Trials yielded 103 studies. After removal of duplicated, 6,591 abstracts were screened with 14 selected for full text review (Figure 1). No additional papers were identified through bibliographic review. 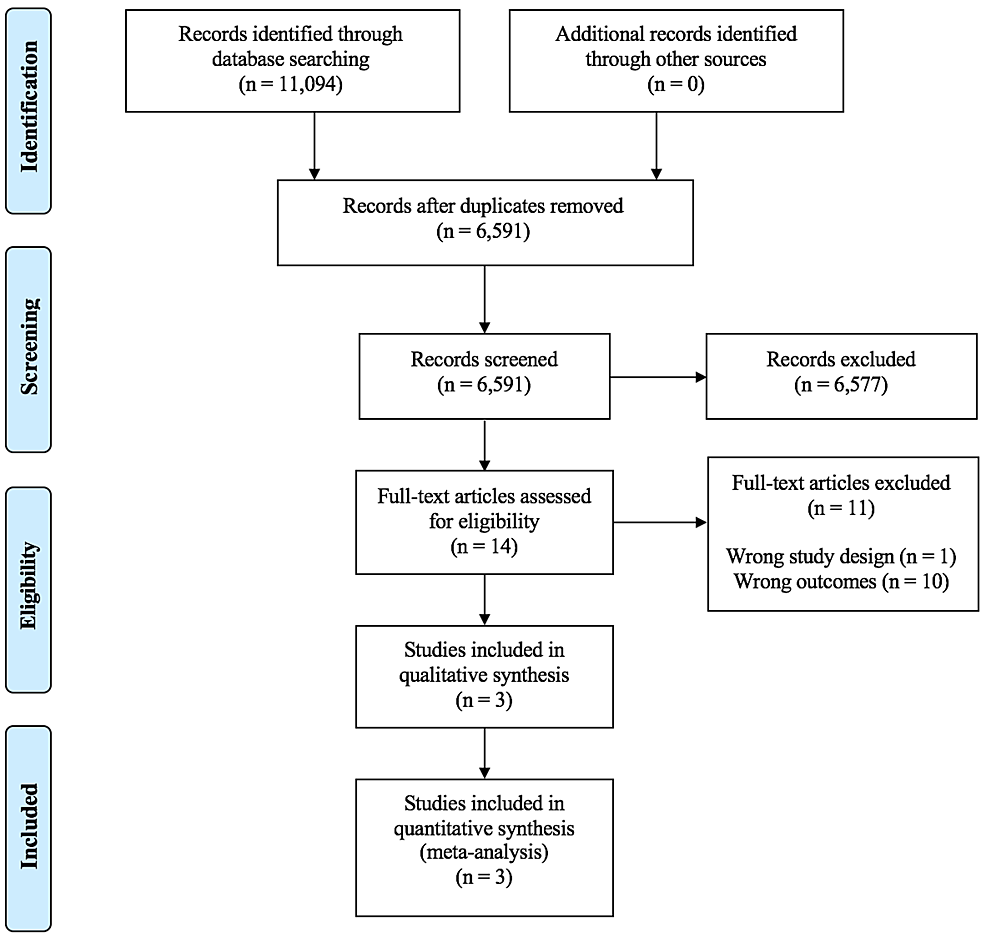 Three studies, comprising 198 total assessments, were selected for the final analysis (Table 1). There was one prospective, observational study [12] and two randomized, controlled trials [13,14]. Two studies were performed on a phantom model [12,14] and one was performed in live patients [13].

Figure 2: Difference in success rates between the short-axis and long-axis techniques. 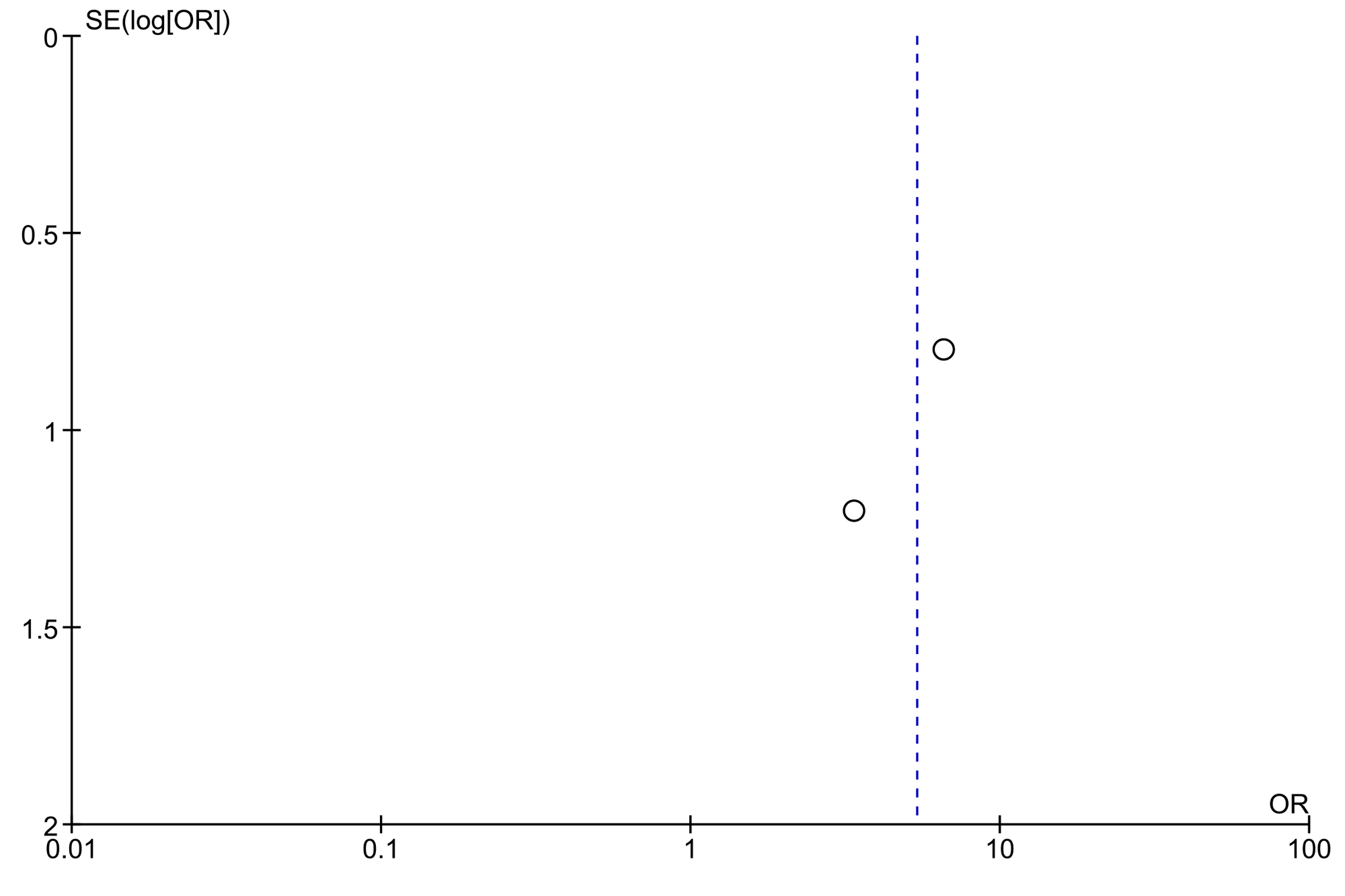 Table 4: Assessment of study quality for the randomized, controlled trial.

To the best of our knowledge, this is the first systematic review and meta-analysis comparing the short-axis versus the long-axis technique specifically for peripheral intravenous line placement. Overall, this study demonstrated that the short-axis approach was associated with a greater likelihood of successful placements when compared with the long-axis.

Gao et al. performed a systematic review and meta-analysis comparing the short-axis with the long-axis technique for all vascular access in 2016 and was unable to identify a significant difference between the techniques for first pass success, mean placement time, or number of attempts [15]. However, that review was performed two years prior to the current study with limited search criteria and, consequently, only identified one trial comparing these techniques for peripheral line placement. Our current review was able to identify two additional studies, which allowed for greater power to detect a difference in success rates.

We believe that it is important to separate out PIV placement from other forms of vascular access (e.g., central venous access, arterial access), as the skills involved in peripheral intravenous access differ significantly from other techniques. While central venous and arterial access are performed using a Seldinger technique, peripheral line placement requires advancement of the catheter without the assistance of a guidewire, which may be more challenging for many providers [16]. As such, we sought to intentionally determine the effectiveness, number of needle passes, and time to placement among this specific group.

It is important to consider several limitations with respect to this review. Overall, there were a limited number of studies, which comprised only 198 total assessments. Additionally, two of the studies were performed in a vascular access phantom, which may not completely replicate live tissue. However, the success rates were not significantly different between the live patients and vascular access phantoms, with both favoring the short-axis technique. Furthermore, this study only assessed peripheral vascular access and intentionally excluded central venous and arterial access. However, the latter two techniques utilize a Seldinger approach, which may not require as precise identification of the needle tip within the vessel. As the intention of this study was to specifically assess PIV placement, studies using large bore needles for aspiration were excluded. Finally, we were unable to combine the data for insertion times due to differences in reporting methods and lack of access to the original data. Therefore, it is not possible to reliably determine which technique was more rapid to perform.

Further studies are recommended to assess differences in insertion times between techniques to ascertain which is more efficient. Future studies should also compare the short-axis versus the long-axis technique in a larger sample of live patients, as well as among providers of varying levels of training.

The existing literature suggests that the short-axis technique is associated with a greater success rate than the long-axis technique. Based upon the data, short-axis may be considered as the first approach for ultrasound-guided PIV placement among providers comfortable with both techniques, though further studies on live patients are needed.

The authors would like to thank Tania Rivero, MLIS for her assistance with the literature search.

© Copyright 2018
Gottlieb et al. This is an open access article distributed under the terms of the Creative Commons Attribution License CC-BY 3.0., which permits unrestricted use, distribution, and reproduction in any medium, provided the original author and source are credited.

Figure 2: Difference in success rates between the short-axis and long-axis techniques.

Table 4: Assessment of study quality for the randomized, controlled trial.

Role of Tranexamic Acid in the Clinical Setting