Intracranial lipomas are rare lesions generally felt to represent the abnormal persistence of the meninx primitiva. They represent approximately 1% of intracranial lesion and are commonly accompanied by various developmental brain abnormalities. Most lipomas reported are located near the midline and are pericallosal in nature with agenesis of the corpus callosum commonly observed [1]. Cortical dysplasia is often found in patients with other intracranial pathology including lipomas, neoplasia, and vascular lesions. An association between cortical dysplasia and intracranial lipomas located near the cortical surface has been reported [2,3]. We report a case of midline intracranial lipoma and evolving frontal lobe fluid-attenuated inversion recovery (FLAIR) signal abnormality concerning for glial neoplasm found to represent cortical dysplasia in a patient with intractable epilepsy.

Our patient is a 43-year-old ambidextrous male with a 20-year history of intractable seizures. His seizure semiology typically included a hot flash and other sensory auras with evolution into focal motor activity predominately on the right. Workup for seizure etiology included magnetic resonance imaging (MRI) revealing the large midline lipoma, partial callosal agenesis, and an adjacent lesion in the left frontal lobe presumed to represent a glial neoplasm based on the radiographic appearance. The left anterior medial frontal lobe lesion consisted of nodular calcification with peripheral enhancement and extensive FLAIR signal changes involving bilateral cingulate gyri and the left frontal lobe (Figure 1). 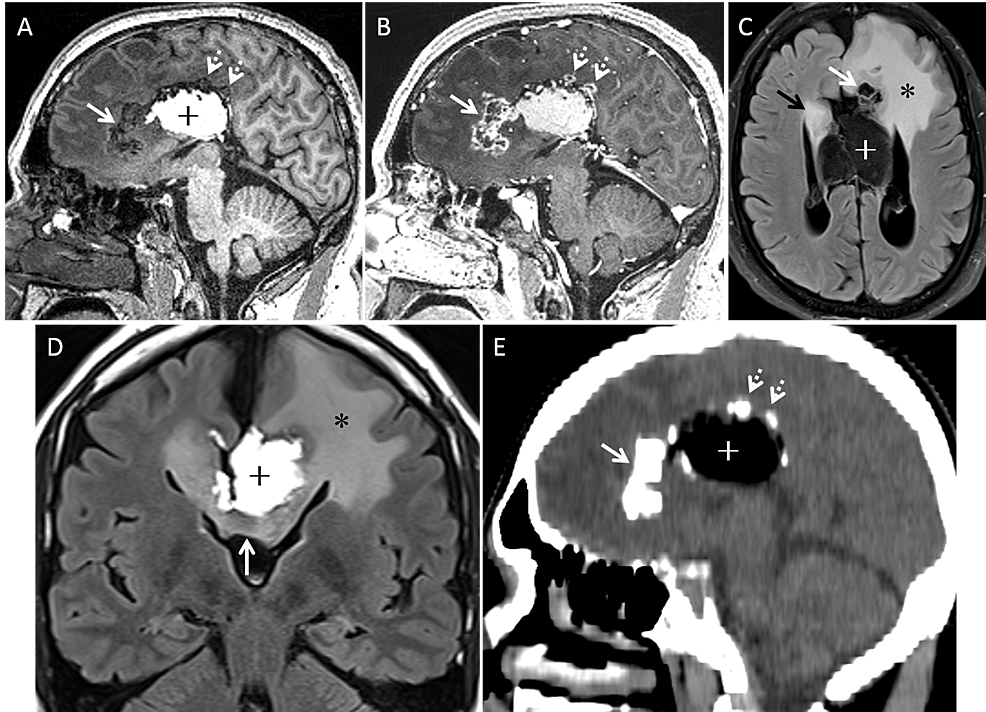 Medical management efforts had failed to control his seizures and he was referred for surgical treatment options. The enhancing lesion was noted to progress with additional imaging and the extent of edema also expanded. The concern for progressive glial neoplasia and poor seizure control prompted a recommendation for surgical resection. The decision was made to proceed with neuronavigation-guided resection of the left frontal enhancing mass and partial frontal lobectomy utilizing intraoperative electroencephalogram (EEG), cortical mapping, and somatosensory evoked potentials (SSEP) monitoring. 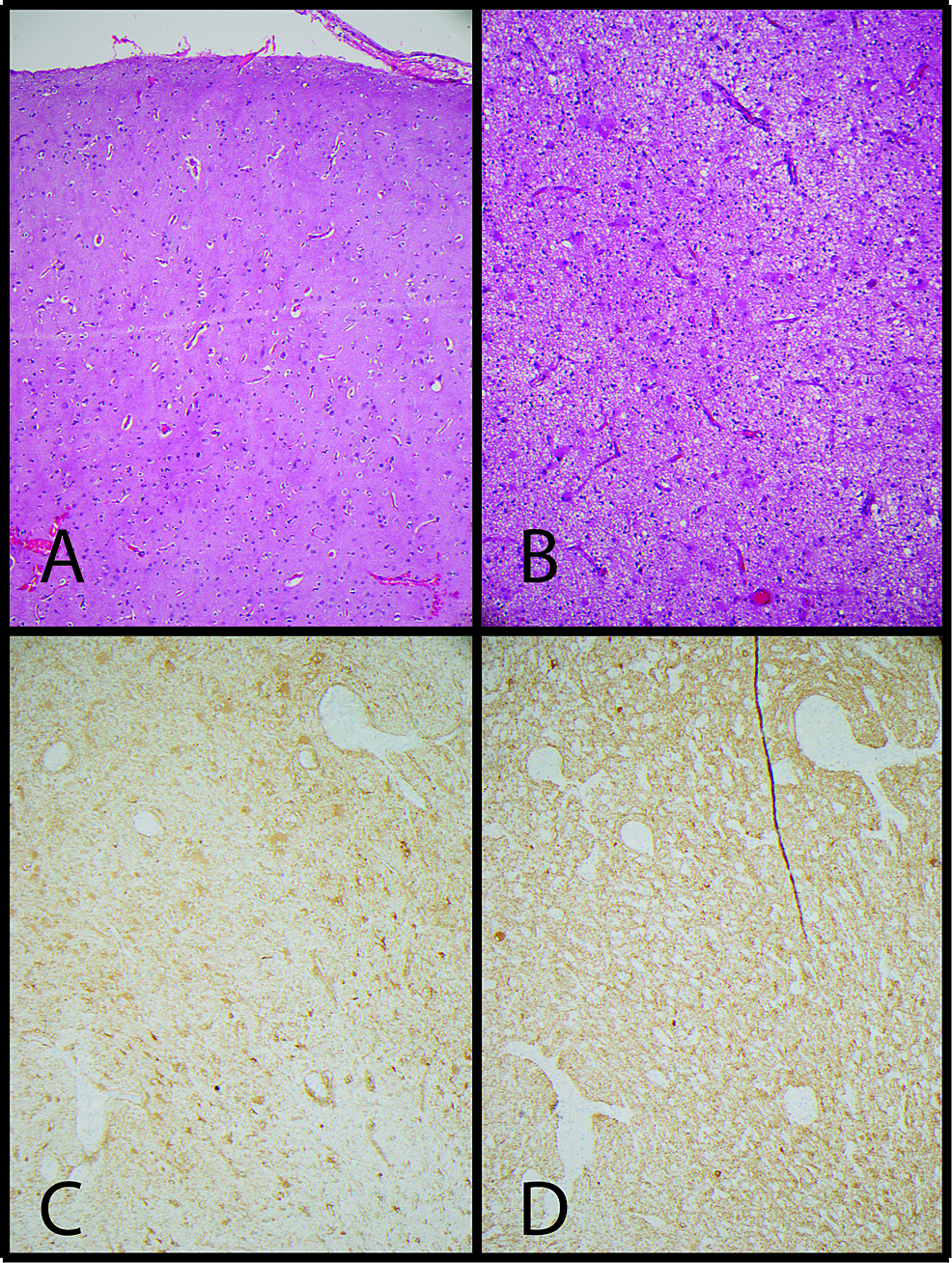 Post-operative imaging (Figure 3) shows a near-total resection of the peripherally enhancing lesion in the left frontal lobe and cingulate gyrus. A significant reduction in vasogenic edema was noted on FLAIR imaging. The midline lipoma was unchanged. 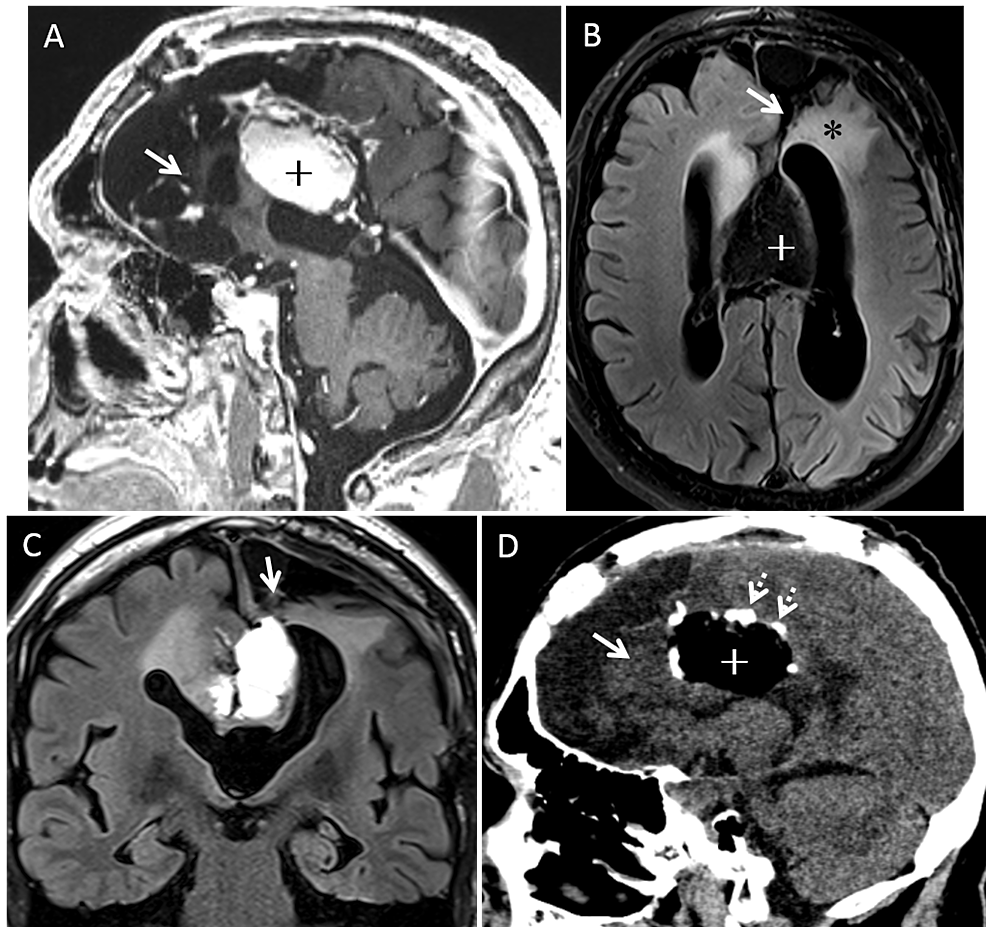 Intracranial lipomas are commonly accompanied by other abnormalities of development which are likely a result of a defect in differentiation of the meninx primitiva during neural tube flexion. Although various cortical abnormalities have been described in association with intracranial lipomas, the underlying pathology remains poorly understood [4,5]. A few sporadic reports are available describing cortical dysplasia and intracranial lipomas located most often at the convexity [5,6]. Neoplasia has been well documented to cause intractable epilepsy with several reports noting a significant coincidence of cortical dysplasia [7,8]. Our case shows evolving MRI features over two decades raising suspicion for neoplasm which ultimately were found to represent cortical dysplasia. It is unclear whether the intracranial lipoma and dysplasia arise together or if the presence of the lipoma resulted in cortical developmental abnormalities. The evolving MRI features were felt to indicate an active process of parenchymal change with neoplasm suspected.

While concurrent abnormalities are often related to a common underlying developmental pathology, this is simply unknown. In the setting of lipomas, cortical dysplasias may change over time.

© Copyright 2018
Anderson et al. This is an open access article distributed under the terms of the Creative Commons Attribution License CC-BY 3.0., which permits unrestricted use, distribution, and reproduction in any medium, provided the original author and source are credited.