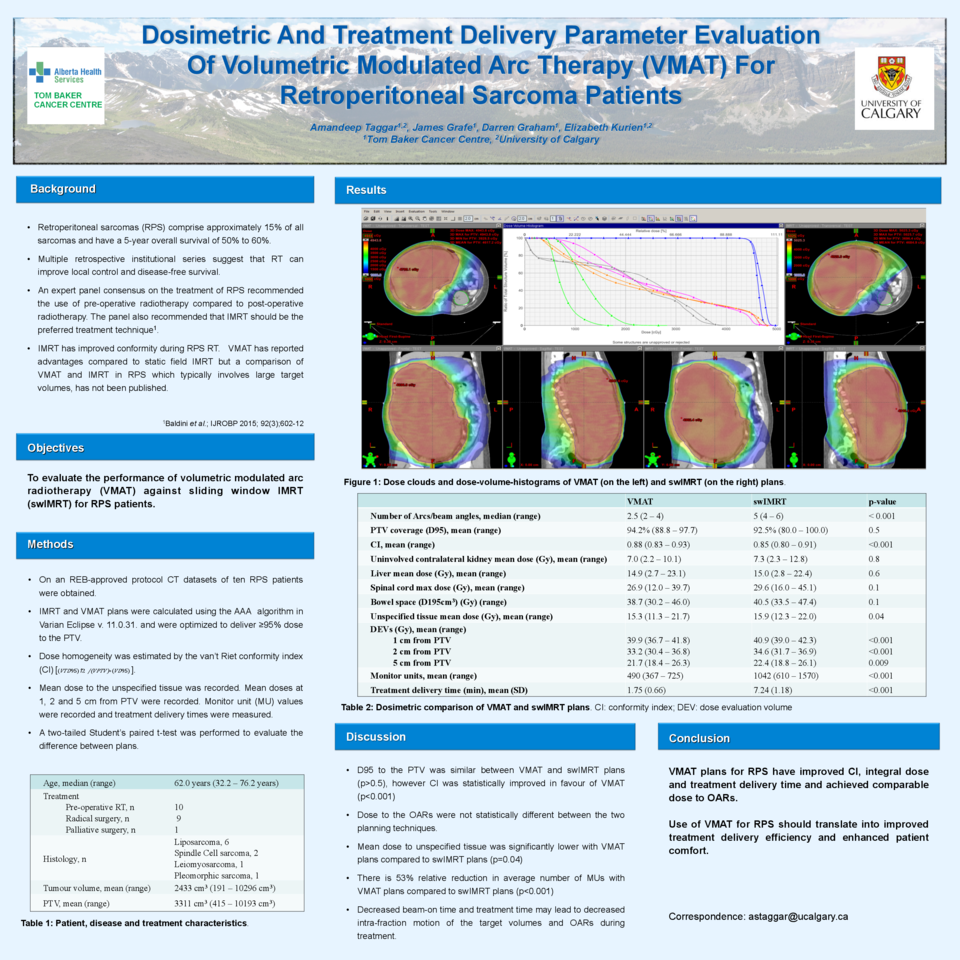 Purpose: Retroperitoneal sarcomas (RPS) present a unique challenge due to their large size and location in relation to many sensitive organs. Therefore, strategies to improve treatment plans and delivery are desirable. A treatment planning study was performed to evaluate the performance of volumetric modulated arc radiotherapy (VMAT) against sliding window IMRT on RPS patients.

Methods and materials: CT datasets of ten RPS patients treated with neo-adjuvant radiotherapy in 2012-2013 were obtained. New IMRT and VMAT plans were generated and calculated using the AAA algorithm in Varian Eclipse v. 11.0.31. Plans were optimized to deliver ≥ 95% dose to the PTV, while respecting QUANTEC based organs at risk (OAR) dose constraints for kidney, liver, spinal cord, and bowel space. Plans were evaluated for homogeneity as estimated by the van’t Riet conformity index (CI) and on pre-defined parameters obtained from dose-volume histograms. Mean dose to the unspecified tissue was recorded to estimate the integral dose. Mean doses at 1 cm, 2 cm and 5 cm from PTV were recorded to estimate dose fall-off. Monitor unit (MU) values were recorded and treatment delivery times were measured to estimate the efficiency. A two-tail Student’s paired t-test was performed to evaluate the difference between plans.

Malignant Melanoma of the Female Genital Tract: Experience of an Oncology Ce ...

© Copyright 2015
Taggar et al. This is an open access poster distributed under the terms of the Creative Commons Attribution License CC-BY 3.0., which permits unrestricted use, distribution, and reproduction in any medium, provided the original author and source are credited. 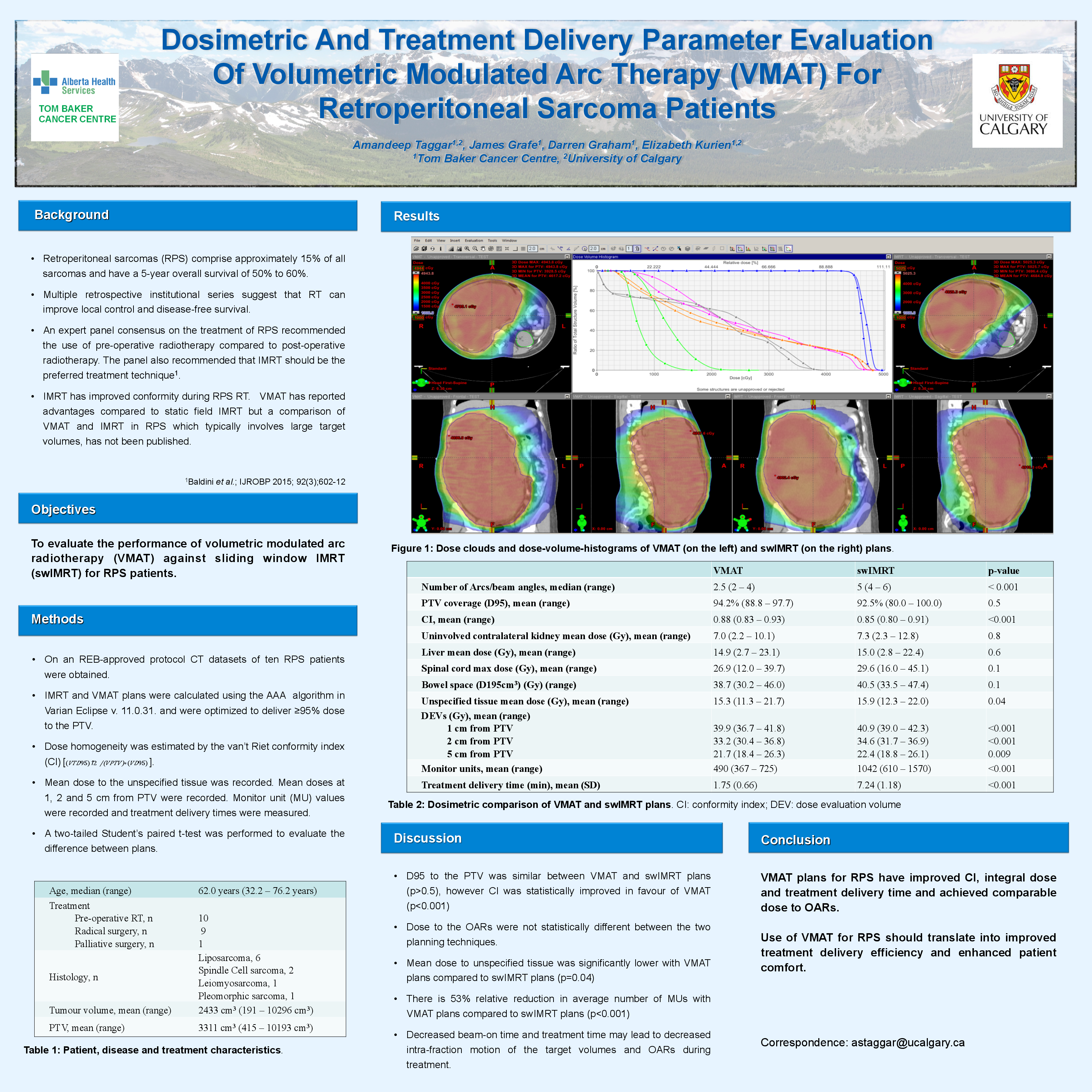