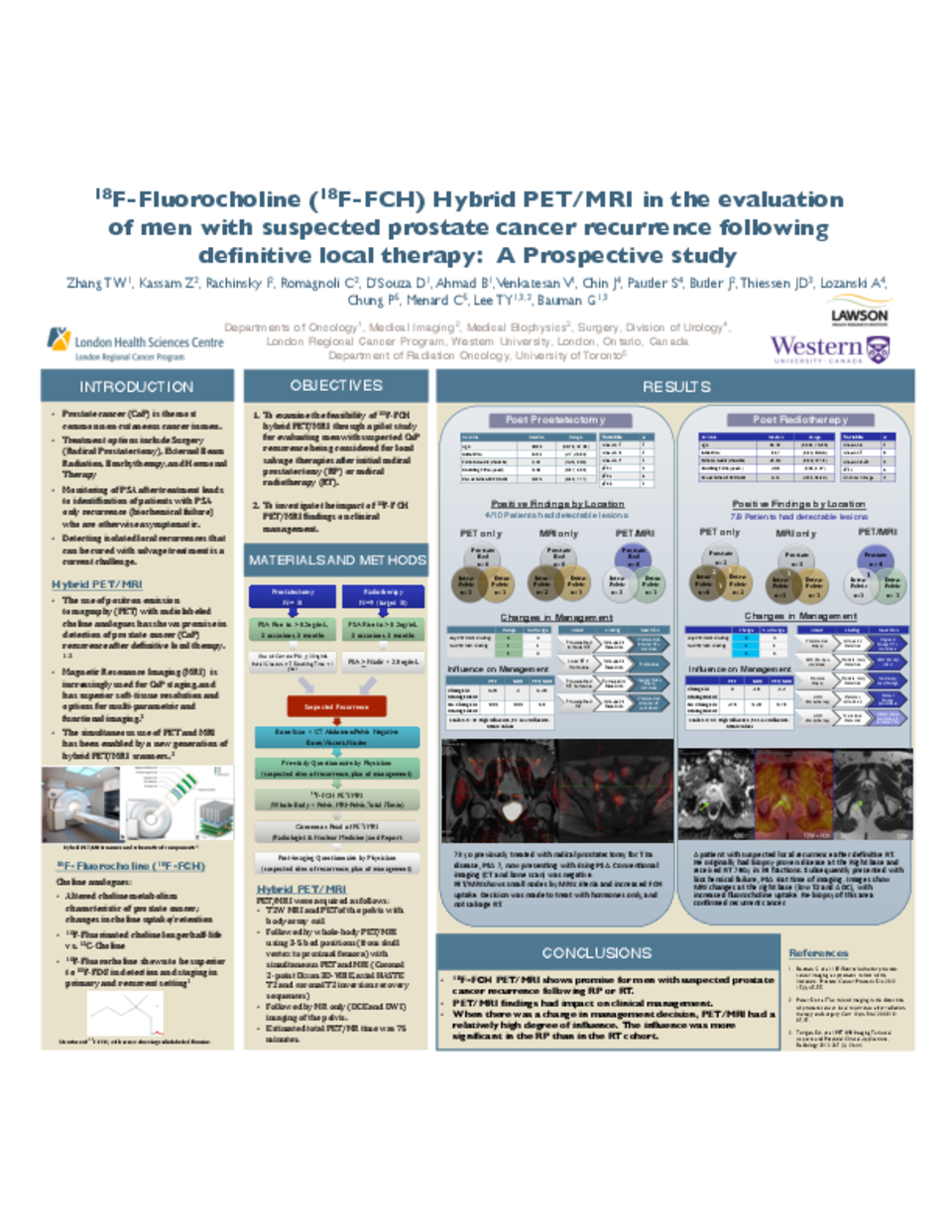 Introduction:Positron emission tomography (PET) with radiolabeled choline analogues has shown promise in detection of prostate cancer (CaP) recurrence after definitive local therapy.1-2 Magnetic Resonance Imaging (MRI) is increasingly used for CaP staging, and has superior soft-tissue resolution and options for multi-parametric and functional imaging.3 The simultaneous use of PET and MRI has been enabled by a new generation of hybrid PET/MRI scanners. 3  We designed a pilot study examining the feasibility of hybrid PET/MRI using 18F-FCH for evaluating men with suspected CaP recurrence who were being considered for local salvage therapies after initial radical prostatectomy (RP) or radical radiotherapy (RT).

Materials and Methods: Nineteen men with suspected CaP recurrence and negative conventional restaging (bone scan and computed tomography) being considered for local salvage were accrued: 10 post-RP and 9 post-RT.  PET/MRI were acquired as follows: T2W MRI and PET of the pelvis with body-array coil followed by whole-body PET/MRI using 3-5 bed positions (from skull vertex to proximal femora) with simultaneous PET and MRI (Coronal 2-point Dixon 3D-VIBE, axial HASTE T2 and coronal T2 inversion recovery sequences) followed by MR only (DCE and DWI) imaging of the pelvis. A PET/MRI consensus report was generated by joint read by a radiologist and nuclear medicine physician. Questionnaires were completed by the referring physicians prior to and after imaging reports to investigate the clinical impact of PET/MRI.

Prognostic Factors for Recurrence in Esophageal Cancer Patients Treated With ...

© Copyright 2015
Zhang et al. This is an open access poster distributed under the terms of the Creative Commons Attribution License CC-BY 3.0., which permits unrestricted use, distribution, and reproduction in any medium, provided the original author and source are credited. 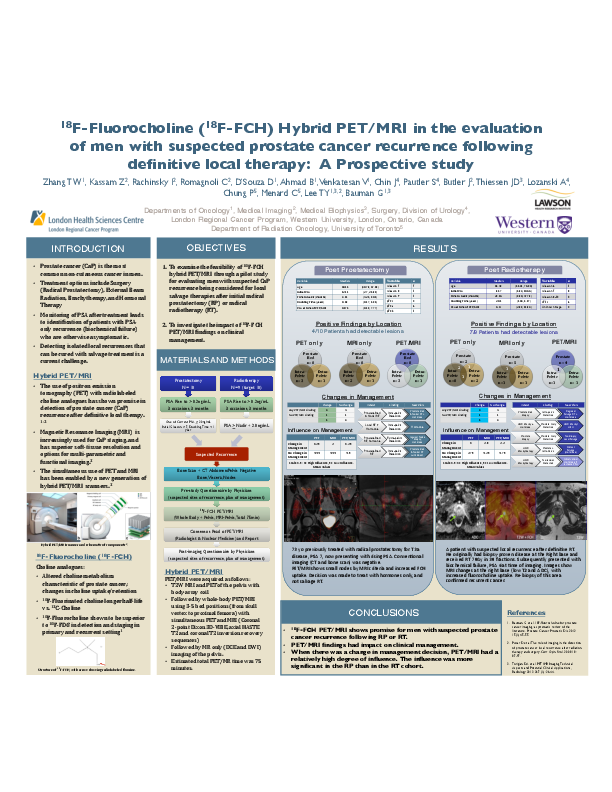