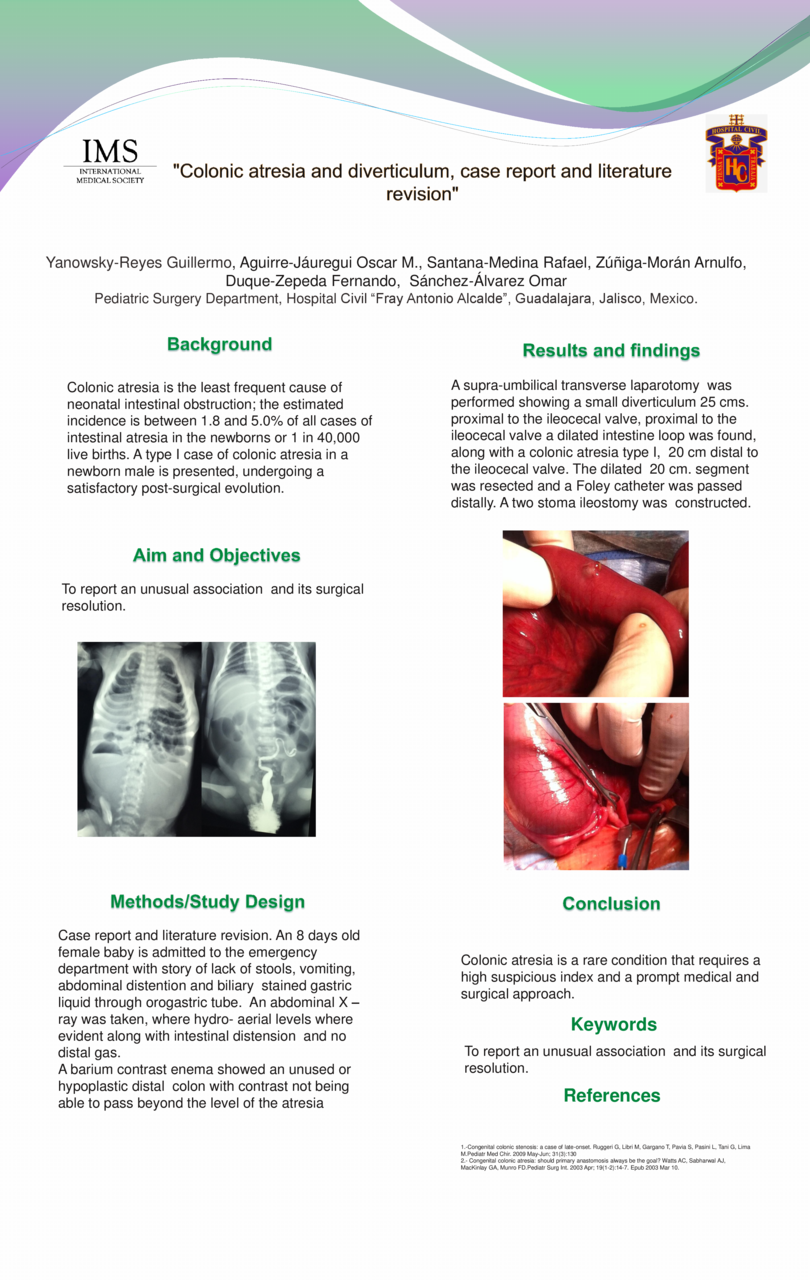 Background: Colonic atresia is the least frequent cause of neonatal intestinal obstruction; the estimated incidence is between 1.8 and 5.0% of all cases of intestinal atresia in the newborns or 1 in 40,000 live births. A type I case of colonic atresia in a newborn male is presented, undergoing a satisfactory post-surgical evolution.

Aim and Objectives: To report an unusual association  and its surgical resolution.

Methods/Study Design: Case report and literature revision. An 8 days old female baby is admitted to the emergency department with story of lack of stools, vomiting, abdominal distention and biliary  stained gastric liquid through orogastric tube.  An abdominal X –ray was taken, where hydro- aerial levels where evident along with intestinal distension  and no distal gas.

Conclusion: Colonic atresia is a rare condition that requires a high suspicious index and a prompt medical and surgical approach.

Acute Appendicitis in a Child With Acute Leukemia and Chemotherapy-Induced N ...

A Child With a Gastrocolic Fistula After Ingesting Magnets: An Unusual Compl ...

Selective Dorsal Rhizotomy for the Treatment of Spastic Hemiplegic Cerebral ...

© Copyright 2015
Sanchez Alvarez et al. This is an open access poster distributed under the terms of the Creative Commons Attribution License CC-BY 3.0., which permits unrestricted use, distribution, and reproduction in any medium, provided the original author and source are credited. 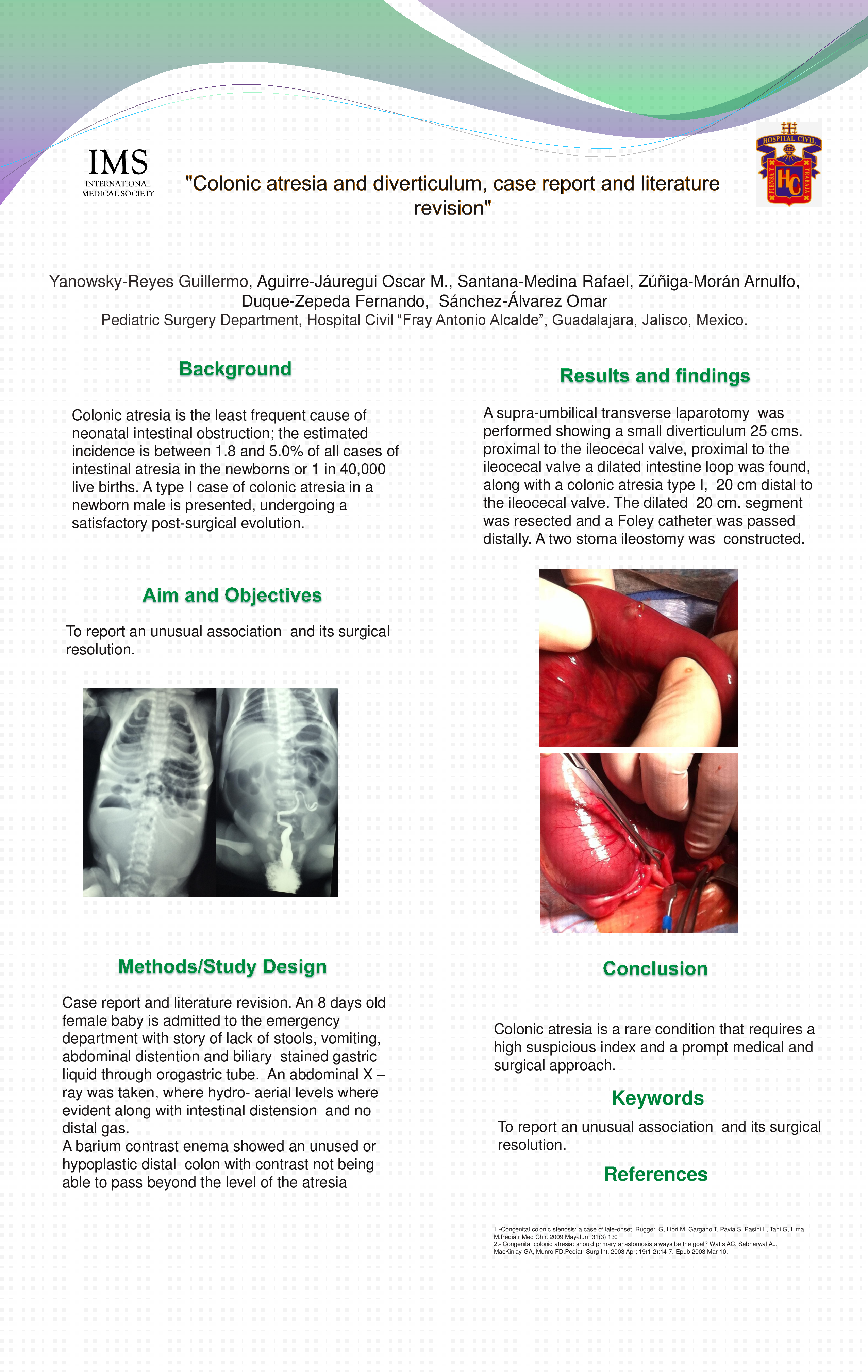