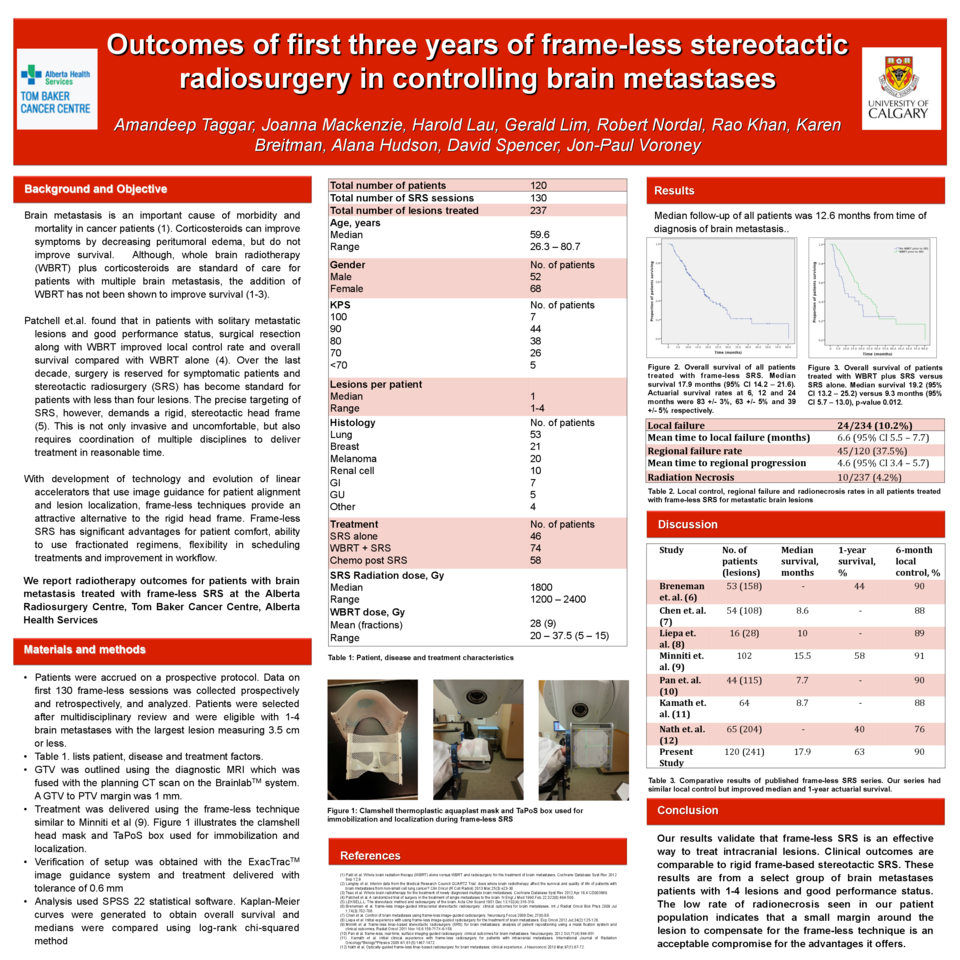 Materials and Methods: We reviewed electronic charts of all patients undergoing SRS at the Tom Baker Cancer Centre, Calgary, Alberta between June 2010 and September 2013. A total of 235 lesions in 120 patients were treated in 130 SRS sessions. Median age of patients undergoing SRS was 58.5 years (range 26-81). Median Karnofsky Performance Status (KPS) was 80 (range 60-100). Patients had non-small cell lung cancer (51), breast cancer (21), melanoma (20), renal cell carcinoma (10), colorectal cancer (seven) and others (13). Number of lesions treated in a single session ranged from one to four.

Conclusions: This is so far the largest frameless SRS series. Our results are comparable if not better than previously reported. Frameless SRS is an effective, non-invasive option for patients with less than four metastatic lesions as well as patients with residual or growing lesions post WBRT. Patients who underwent chemotherapy post-SRS had better overall survival regardless of WBRT prior to SRS or number of lesions treated with SRS.

© Copyright 2014
Taggar. This is an open access poster distributed under the terms of the Creative Commons Attribution License CC-BY 3.0., which permits unrestricted use, distribution, and reproduction in any medium, provided the original author and source are credited. 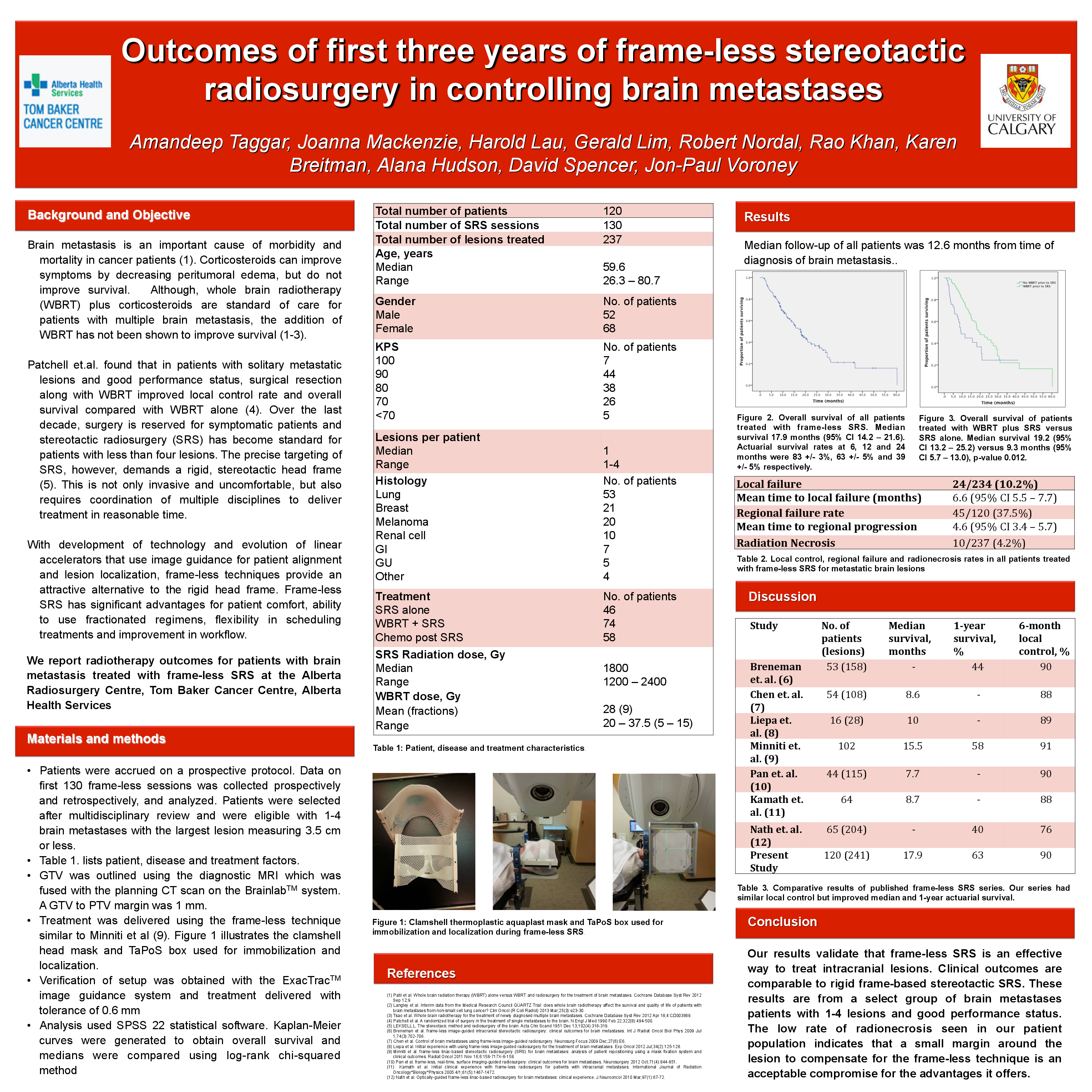