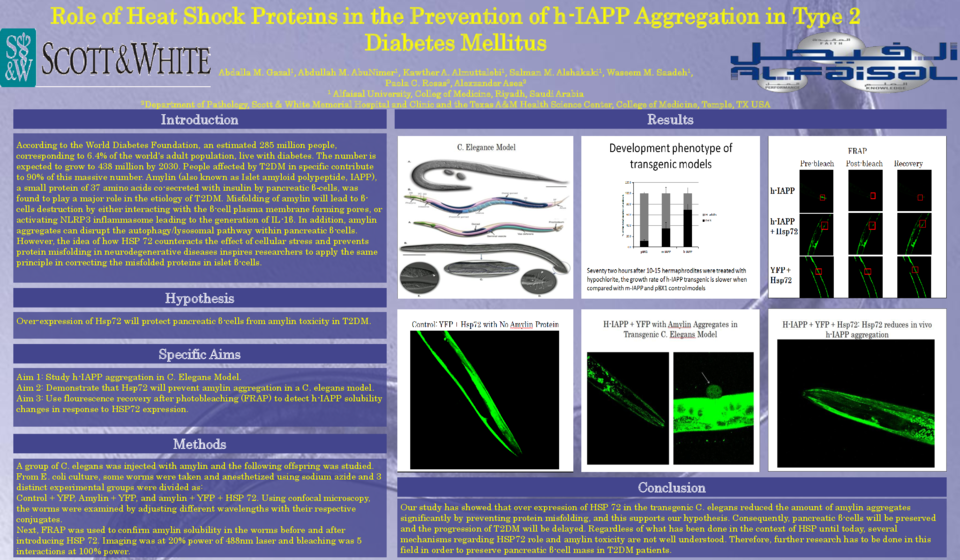 According to the World Diabetes Foundation, an estimated 285 million people, corresponding to 6.4% of the world's adult population, live with diabetes. The number is expected to grow to 438 million by 2030. People affected by T2DM in specific contribute to 90% of this massive number. Amylin (also known as Islet amyloid polypeptide, IAPP), a small protein of 37 amino acids co-secreted with insulin by pancreatic β‐cells, was found to play a major role in the etiology of T2DM. Misfolding of amylin will lead to β-cells destruction by either interacting with the β-cell plasma membrane forming pores, or activating NLRP3 inflammasome leading to the generation of IL-1β. In addition, amylin aggregates can disrupt the autophagy/lysosomal pathway within pancreatic β-cells. However, the idea of how HSP 72 counteracts the effect of cellular stress and prevents protein misfolding in neurodegenerative diseases inspires researchers to apply the same principle in correcting the misfolded proteins in islet β-cells. Our hypothesis is that over-expression of Hsp72 will protect pancreatic β-cells from amylin toxicity in T2DM.
ADVERTISEMENT

© Copyright 2012
Gazal et al. This is an open access poster distributed under the terms of the Creative Commons Attribution License CC-BY 3.0., which permits unrestricted use, distribution, and reproduction in any medium, provided the original author and source are credited. 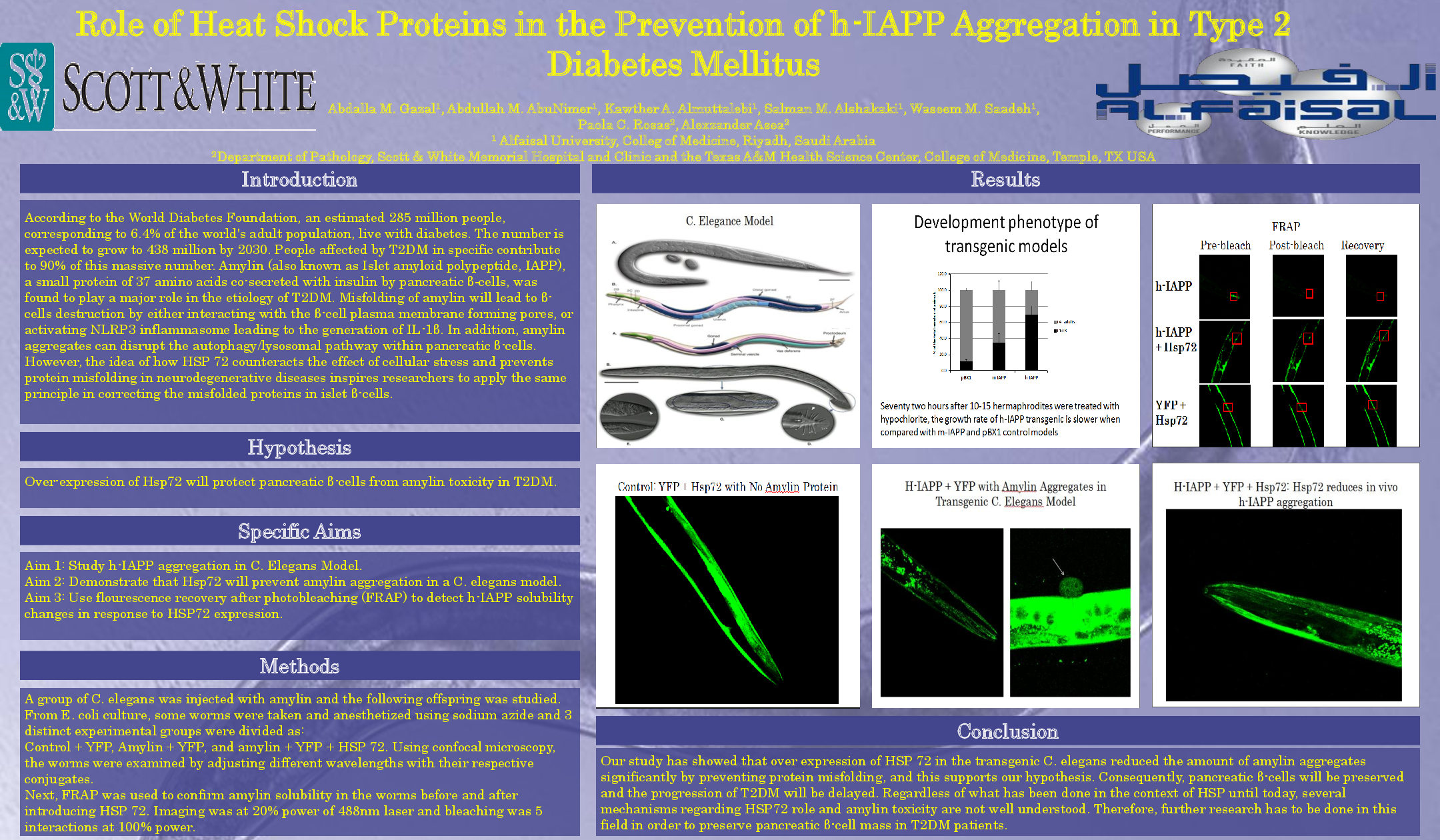