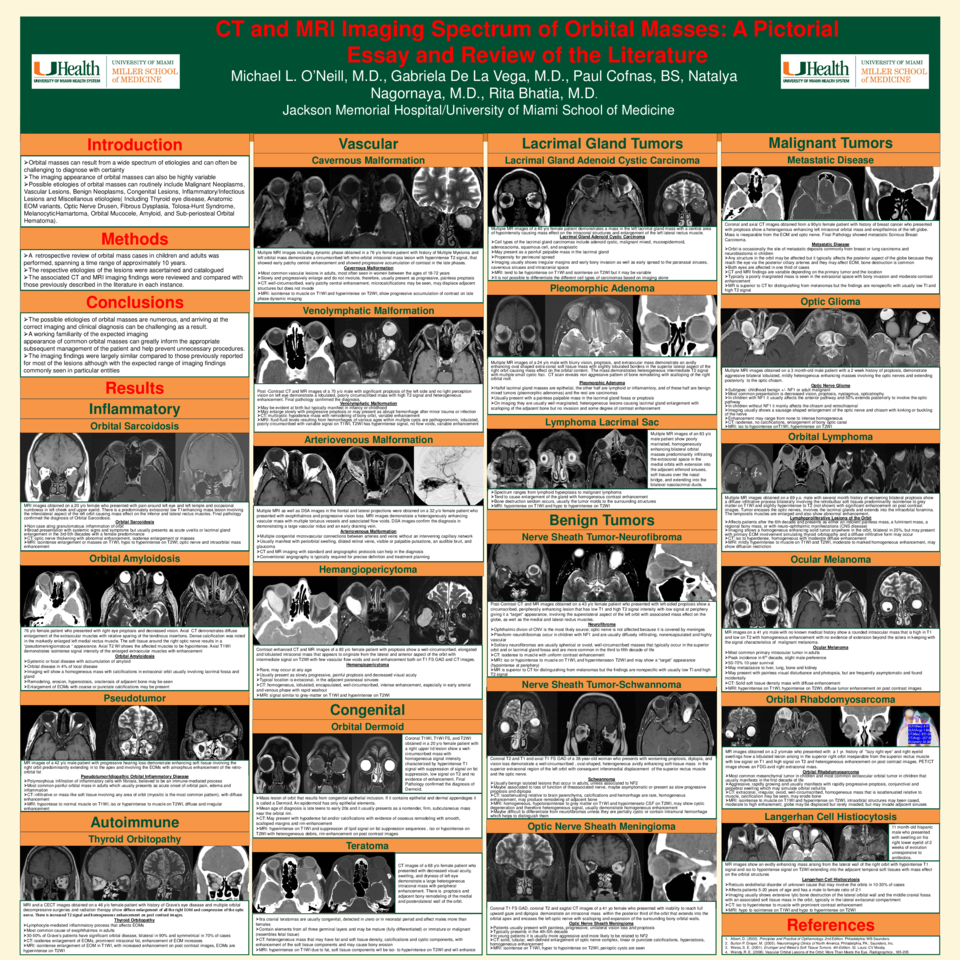 CT and MRI Imaging Spectrum of Orbital Masses: A Pictorial Essay and Review of the Literature

Purpose: To discuss the salient imaging findings of a variety of types of orbital masses in our experience over the past 10 years, to include additional types of masses observed in the literature. Review of the literature in regard to CT and MRI findings associated with the orbital masses discussed. Materials and Methods: A retrospective review of orbital mass cases in children and adults was performed, spanning a time range of approximately 10 years. The respective etiologies of the lesions were ascertained and catalogued, and the associated CT and MRI imaging findings were reviewed and compared with those previously described in the literature in each instance. Results: The various etiologies of the orbital masses that we observed corresponds to that generally observed in routine clinical practice, as previously reported. A total of 70 cases were identified and reviewed. The etiologies we observed included Malignant Neoplasms ( Including Lymphoma, Metastases, Hemangiopericytoma, Melanoma, Eosinophilic Granuloma, and Rhabdomyosarcoma), Vascular Lesions (Including Veno-lymphatic malformations, Hemangiomas, and Cavernomas), Benign Neoplasms (Including Nerve Sheath Tumors and Meningiomas), Congenital Lesions, such as Dermoids, Inflammatory or Infectious Lesions (Sarcoidosis and other granulomatous diseases, Inflammatory Pseudotumor, Subperiosteal Orbital Abscess, Papillitis, Episcleritis), Infectious Lesions such as Sub-periosteal Orbital Abscess, and Miscellanous etiologies( Including Thyroid eye disease, Anatomic EOM variants, Optic Nerve Drusen, Fibrous Dysplasia, Tolosa-Hunt Syndrome, Melanocytic Hamartoma, Orbital Mucocele, Amyloid, and Sub-periosteal Orbital Hematoma). The imaging findings were largely similar compared to those previously reported for most of the lesions although with the expected range of imaging findings commonly seen in particular entities. Conclusion: Clinically and/or Radiologically observed orbital masses can result from a diverse group of etiologies, which can be first be divided by anatomic location (Intraconal vs. Extraconal), and then by broad categories such as Congenital, Vascular, Inflammatory/Infectious, Neoplastic (Including Benign and Malignant Tumors), and the Miscellaneous category (Including multiple lesion types, which do not correspond entirely to any one of the above categories. In conclusion, the possible etiologies of orbital masses are numerous, and arriving at the correct imaging and clinical diagnosis can be challenging as a result. However, a working familiarity of the expected imaging appearance of common orbital masses can greatly inform the appropriate subsequent management of the patient and help prevent unnecessary procedures.
ADVERTISEMENT

Does the Position of the Polyaxial Screw Head in Patients With L5-S1 Stabili ...

CT and MRI Imaging Spectrum of Orbital Masses: A Pictorial Essay and Review of the Literature

© Copyright 2012
O'Neill. This is an open access poster distributed under the terms of the Creative Commons Attribution License CC-BY 3.0., which permits unrestricted use, distribution, and reproduction in any medium, provided the original author and source are credited. 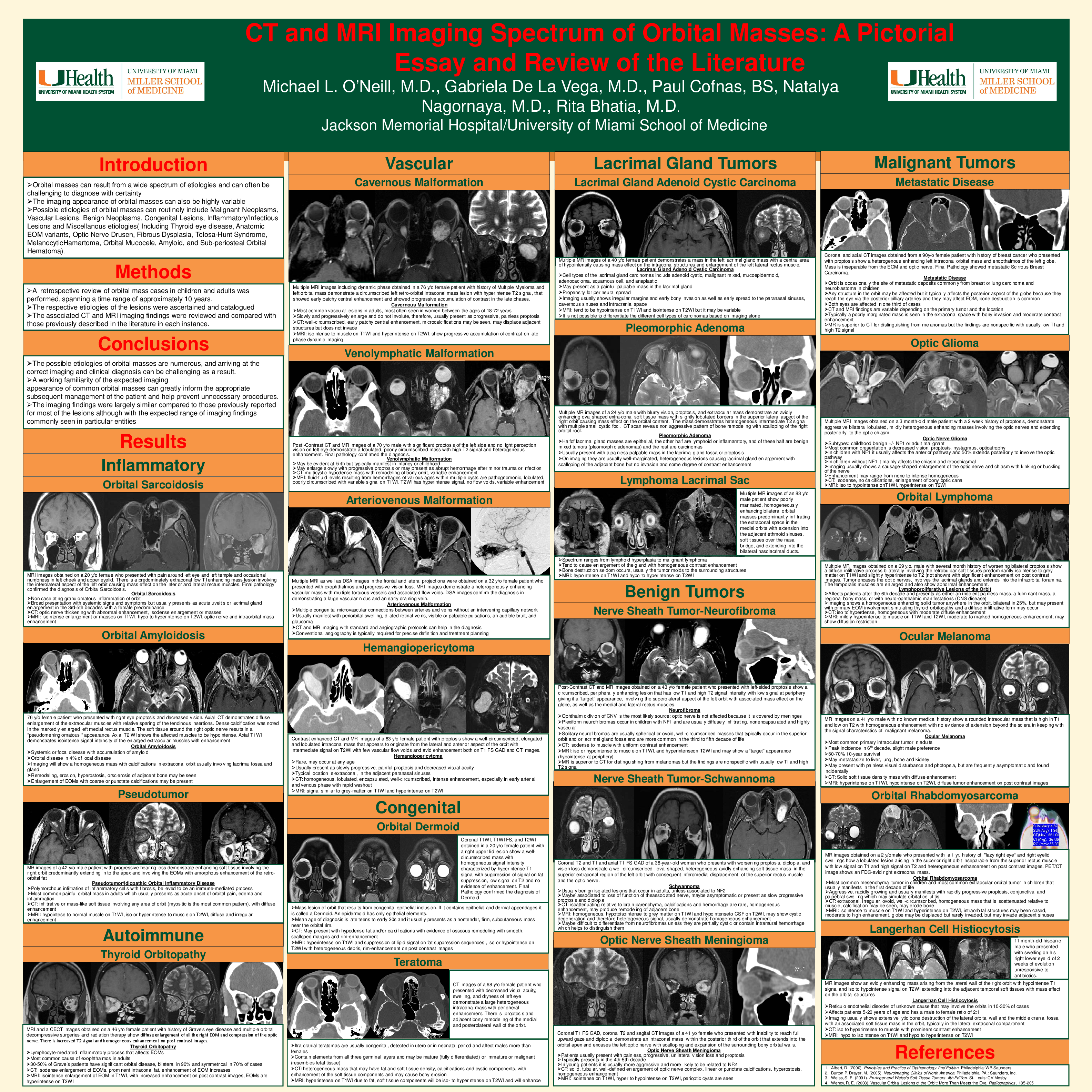