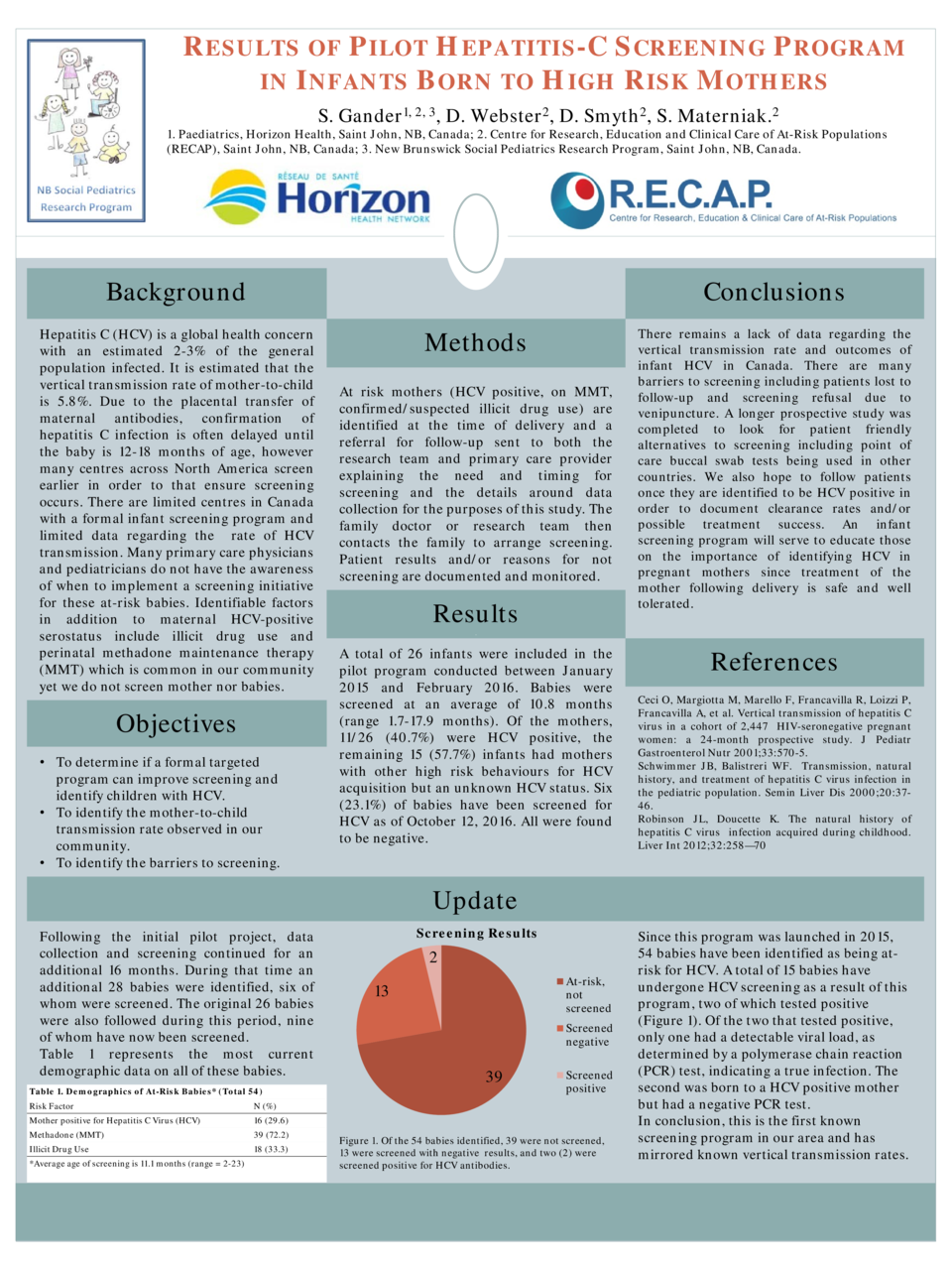 Background: Hepatitis C (HCV) is a global health concern with an estimated 2-3 % of the general population infected. It is estimated that the vertical transmission rate of mother-to-child is 5.8%. Due to the placental transfer of maternal antibodies, confirmation of hepatitis C infection is often delayed until the baby is 12-18 months of age, however many centres across North America screen earlier in order to ensure screening.

There are limited centres in Canada with a formal infant screening program and limited data regarding the rate of HCV transmission. Many primary care physicians and pediatricians do not have the awareness of when to implement a screening initiative for these at-risk babies. Identifiable factors in addition to maternal HCV-positive serostatus include illicit drug use and perinatal methadone maintanence therapy (MMT) which is common in our community yet we do not screen mother nor babies.

1. Does a formal targeted program improve screening and identify children with HCV?

2. What is the mother-to-child transmission rate observed in our community?

3. What are the barriers to screening?

Methods: At risk mothers (HCV positive, on MMT, confirmed/suspected illicit drug use) are identified at the time of delivery and a referral for follow-up sent to both the research team primary care provider explaining the need and timing for screening and the details around data collection for the purposes of this study. The family doctor or research team then contacts the family to arrange screening. Patient results and/or reasons for not screening are documented and monitored.

Conclusions: There remains a lack of data regarding the vertical transmission rate and outcome of infant HCV in Canada. There are many barriers to screening including patients lost to follow-up and screening refusal due to venipuncture. A longer prospective study is now underway to look for patient friendly alternatives to screening including point of care buccal swab tests being used in other countries. We also hope to follow patients once they are identified to be HCV positive in order to document clearance rates and/or possible treatment success. An infant screening program will serve to educate those on the importance of identifying HCV in pregnant mothers since treatment of the mother following delivery is safe and well tolerated.

“Better to Die Than Take These Medicines”: A Community-Based Qualitative Stu ...

Coexistence of Mucormycosis and Granulomatosis With Polyangiitis: A Diagnost ...

An Evaluation of the Effect of the Use of N95 Respirators by Surgical Teams ...

© Copyright 2018
Gander et al. This is an open access poster distributed under the terms of the Creative Commons Attribution License CC-BY 3.0., which permits unrestricted use, distribution, and reproduction in any medium, provided the original author and source are credited. 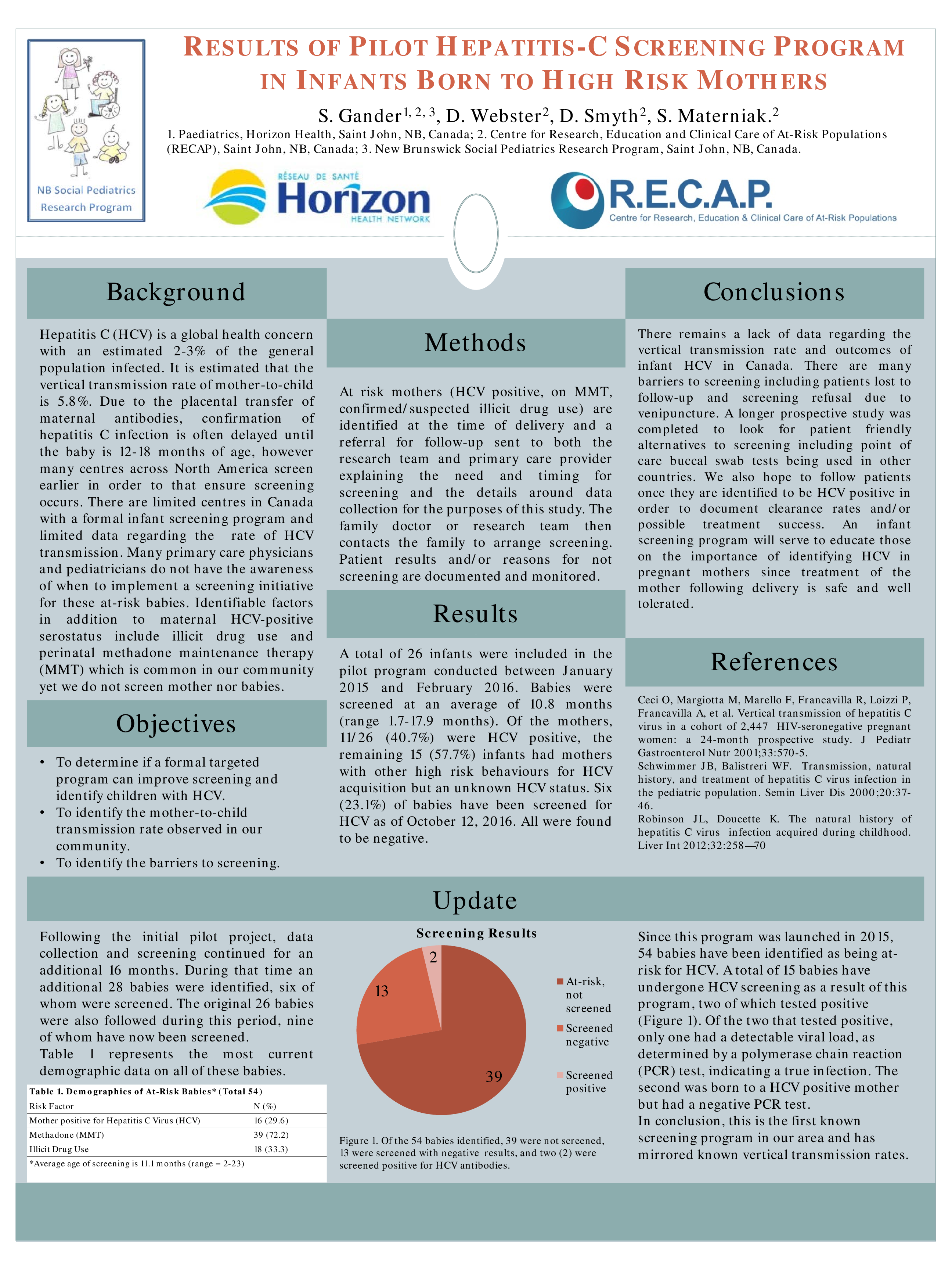