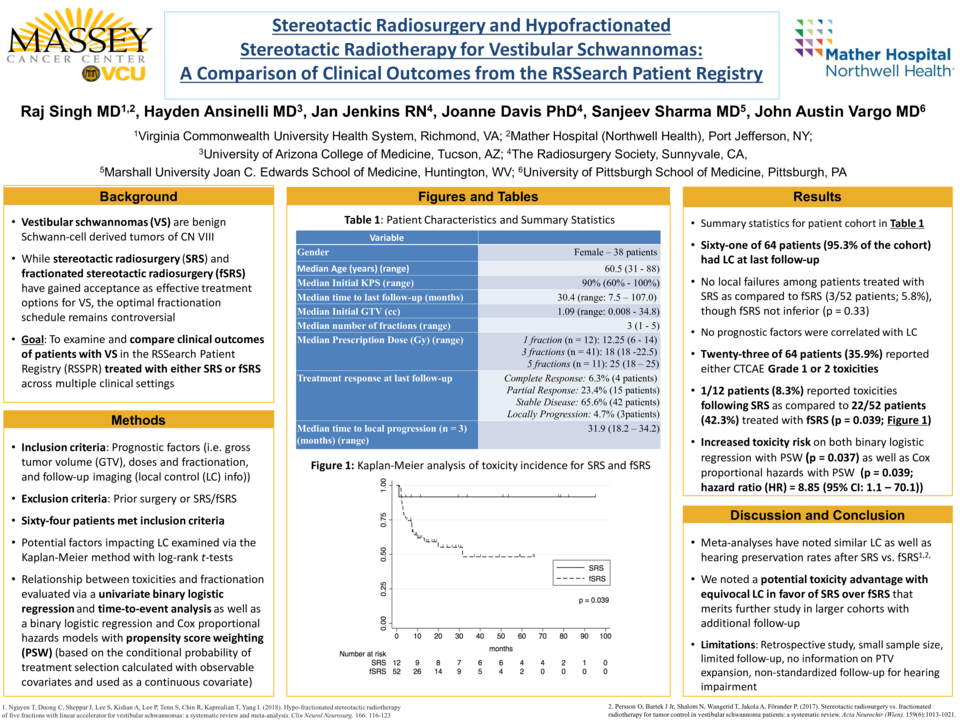 Methods: We searched the prospectively-maintained RSSPR for VS patients treated with SRS and HSRT from January 2008 to November 2016. Patients that had received previous surgery or radiation therapy were excluded. Potential factors predictive of toxicity and local control (LC) were estimated using time-to-event analysis and log-rank t-tests with the Kaplan-Meier method and a propensity-score weighted Cox proportional hazards model. Toxicity incidence was also analyzed with univariate and propensity-score weighted binary logistic regressions adjusting for all observable covariates.

The Neural Sulcus of the Cervical Vertebrae: A Review of Its Anatomy and Sur ...

Epidemiology of Spinal Cord Injuries and their Outcomes: A Retrospective Stu ... 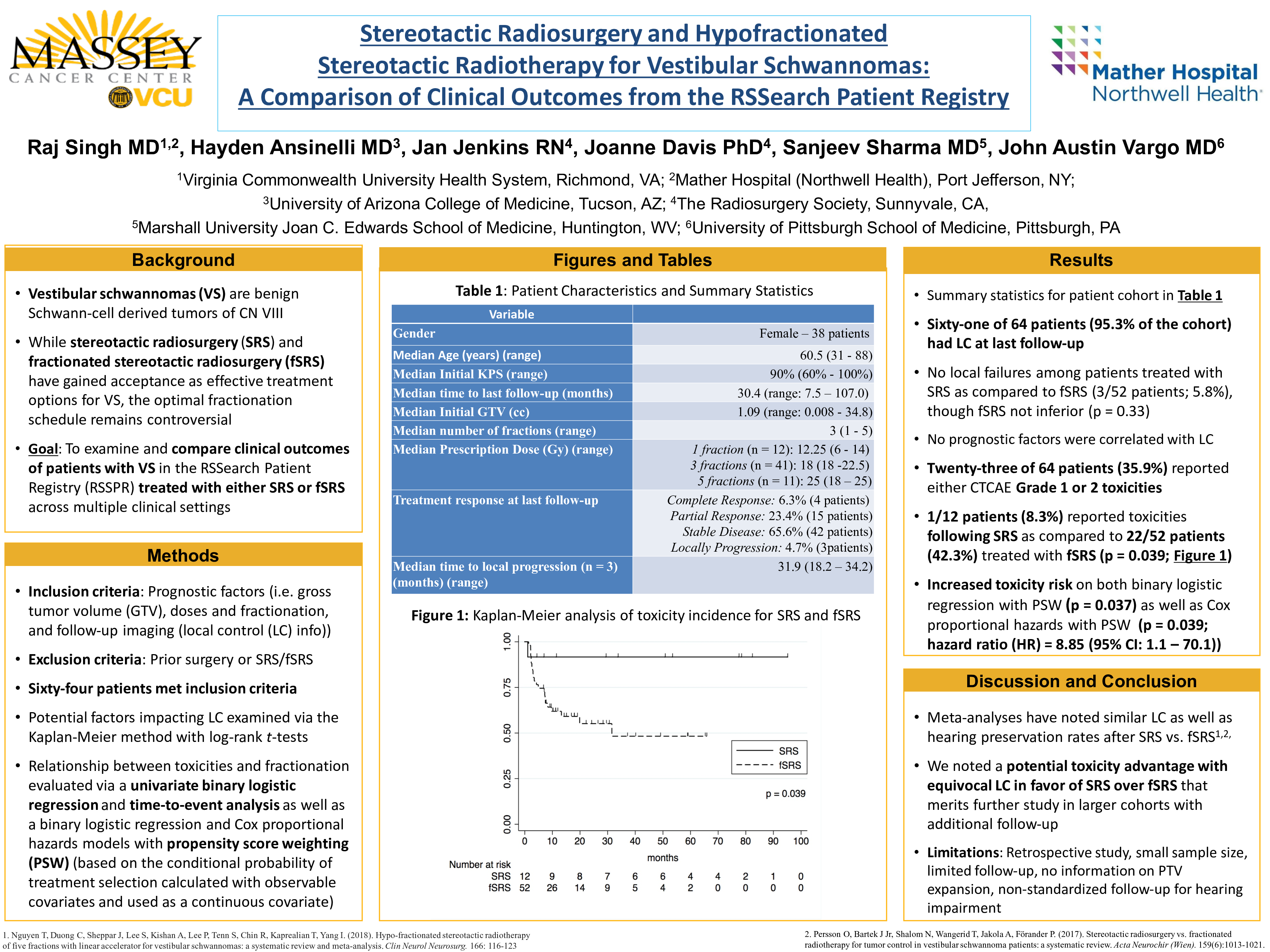