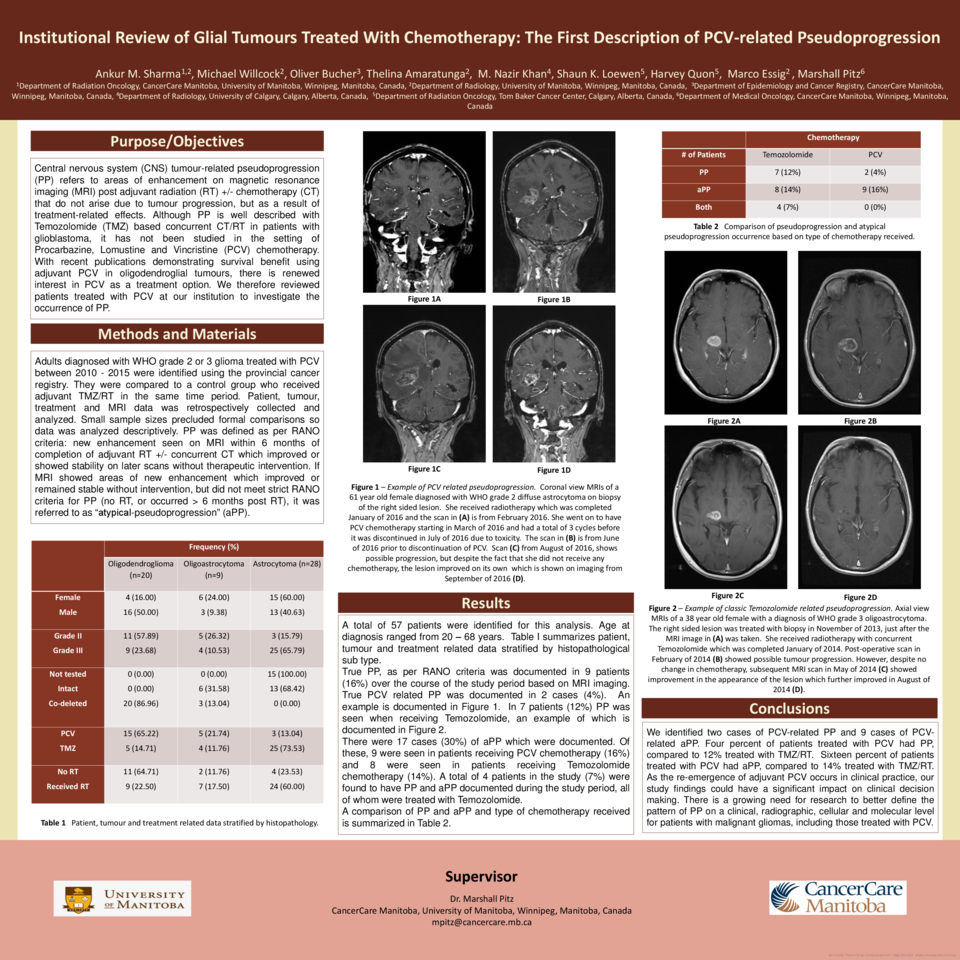 Central nervous system (CNS) tumour-related pseudoprogression (PP) refers to areas of enhancement on magnetic resonance imaging (MRI) post adjuvant radiation (RT) +/- chemotherapy (CT) that do not arise due to tumour progression, but as a result of treatment-related effects. Although PP is well described with Temozolomide (TMZ) based concurrent CT/RT in patients with glioblastoma, it has not been studied in the setting of Procarbazine, Lomustine and Vincristine (PCV).  With recent publications demonstrating survival benefit using adjuvant PCV in low grade oligodendroglioma, there is renewed interest in PCV as a treatment option. We therefore reviewed patients treated with PCV at our institution to investigate the occurrence of PP.

Adults diagnosed with WHO grade 2 or 3 glioma treated with PCV between 2010 - 2015 were identified using the provincial cancer registry. They were compared to a control group who received adjuvant TMZ/RT in the same time period. Patient, tumour, treatment and MRI data was retrospectively collected and analyzed. Small sample sizes precluded formal comparisons so data was analyzed descriptively. PP was defined as per RANO criteria: new enhancement seen on MRI within 6 months of completion of adjuvant RT +/- concurrent CT which improved or showed stability on later scans without therapeutic intervention. If MRI showed areas of new enhancement which improved or remained stable without intervention, but did not meet strict criteria for PP (no RT, or occurred > 6 months post RT), it was referred to as “Pseudo-pseudoprogression” (PPP).

Quantifying the Impact of COVID-19 on Cancer Patients: A Technical Report of ...

Development and Testing of an Adjuvant Radiotherapy Decision Aid for Older W ...

© Copyright 2017
Sharma et al. This is an open access poster distributed under the terms of the Creative Commons Attribution License CC-BY 3.0., which permits unrestricted use, distribution, and reproduction in any medium, provided the original author and source are credited. 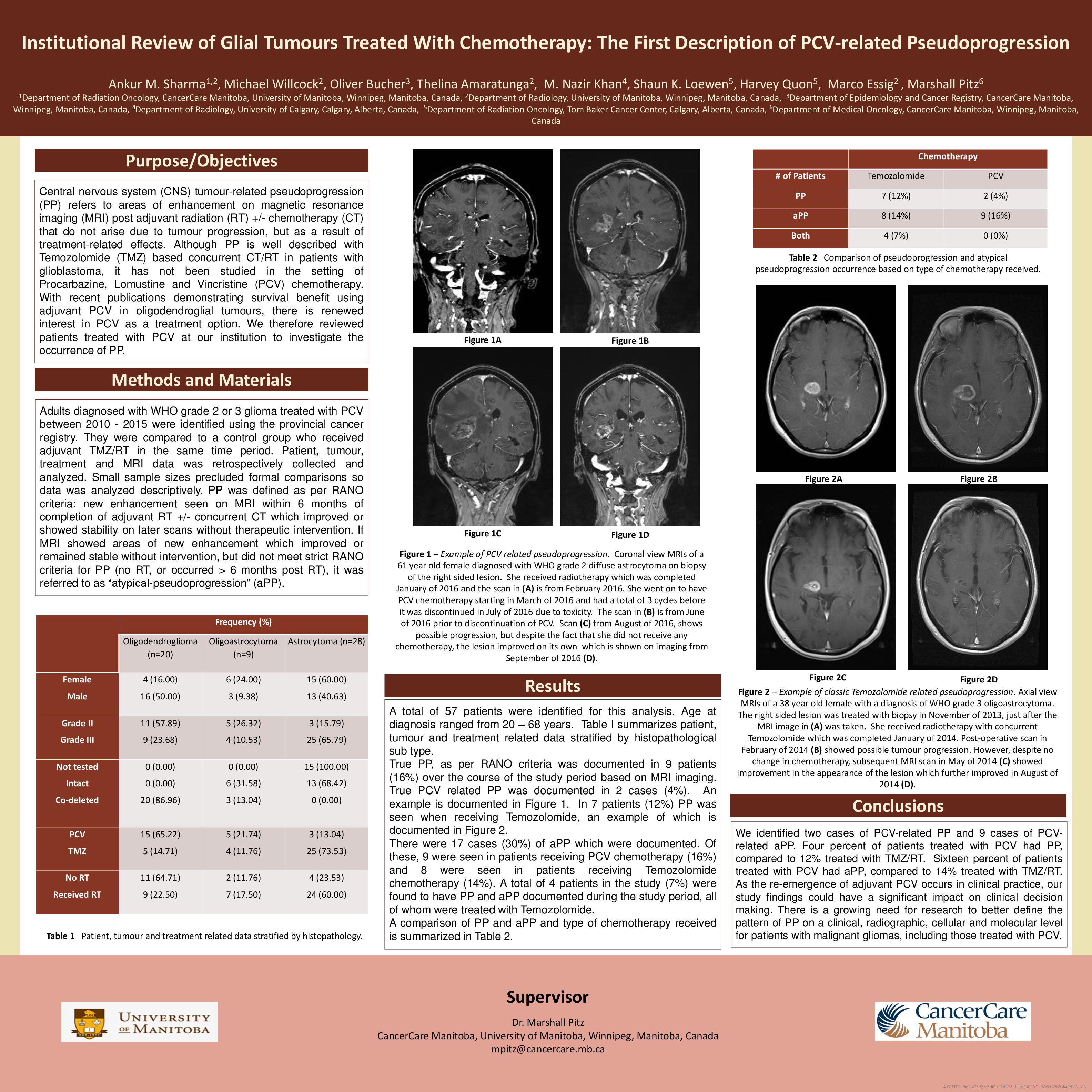