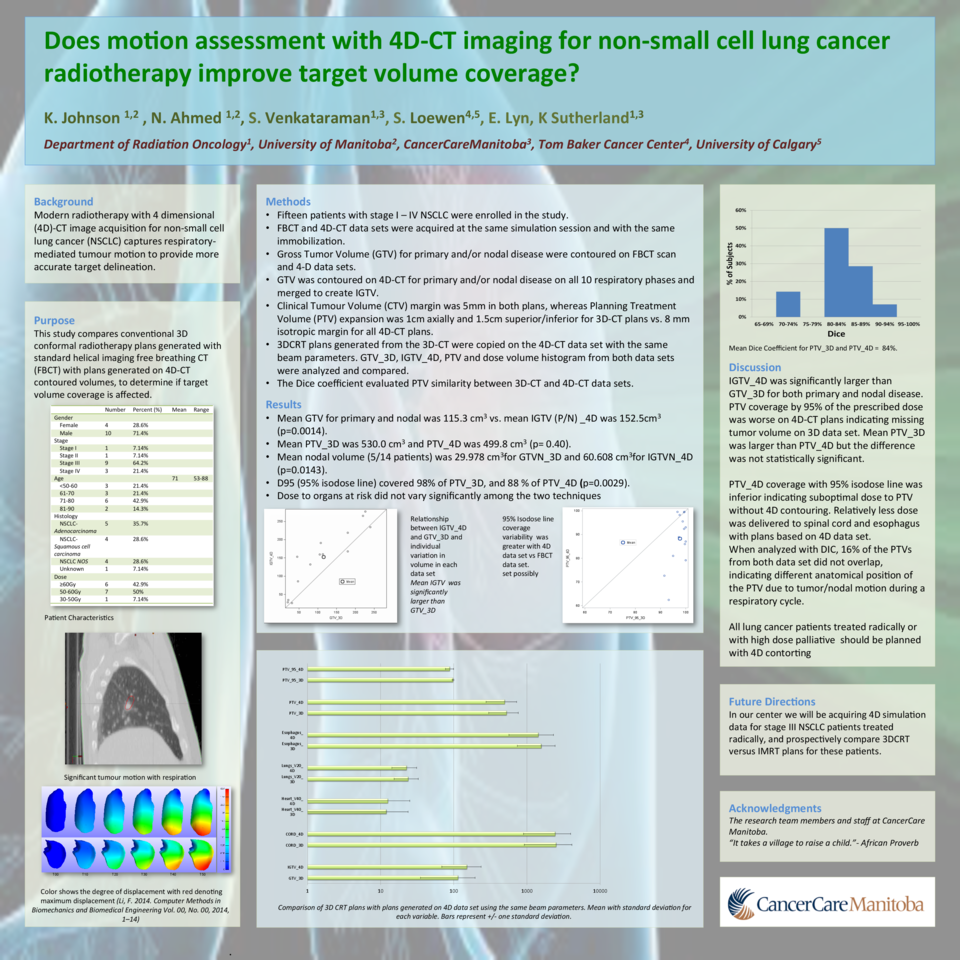 Results: Fourteen of the fifteen patients were analyzed. One patient was excluded, as there

Conclusions: IGTV_ 4D was significantly larger than GTV_3D for both primary and nodal disease. Mean PTV_3D was larger than PTV_4D but the difference was not statistically significant. PTV_4D coverage with 95% isodose line was inferior than PTV_3D indicating suboptimal dose to the target without 4D volume delineation. There was no statistically significant difference in the dose received by OAR. When analyzed with DIC, 16% of the PTVs from both data sets did not overlap, possibly indicating different anatomical position of the PTVs due to tumor/nodal motion. All lung cancer patients treated radically or with high dose palliative should be planned.

Chronic Morbidity in Patients with Endometrial Cancer who Received Adjuvant ...

Department of Oncology, University of Calgary 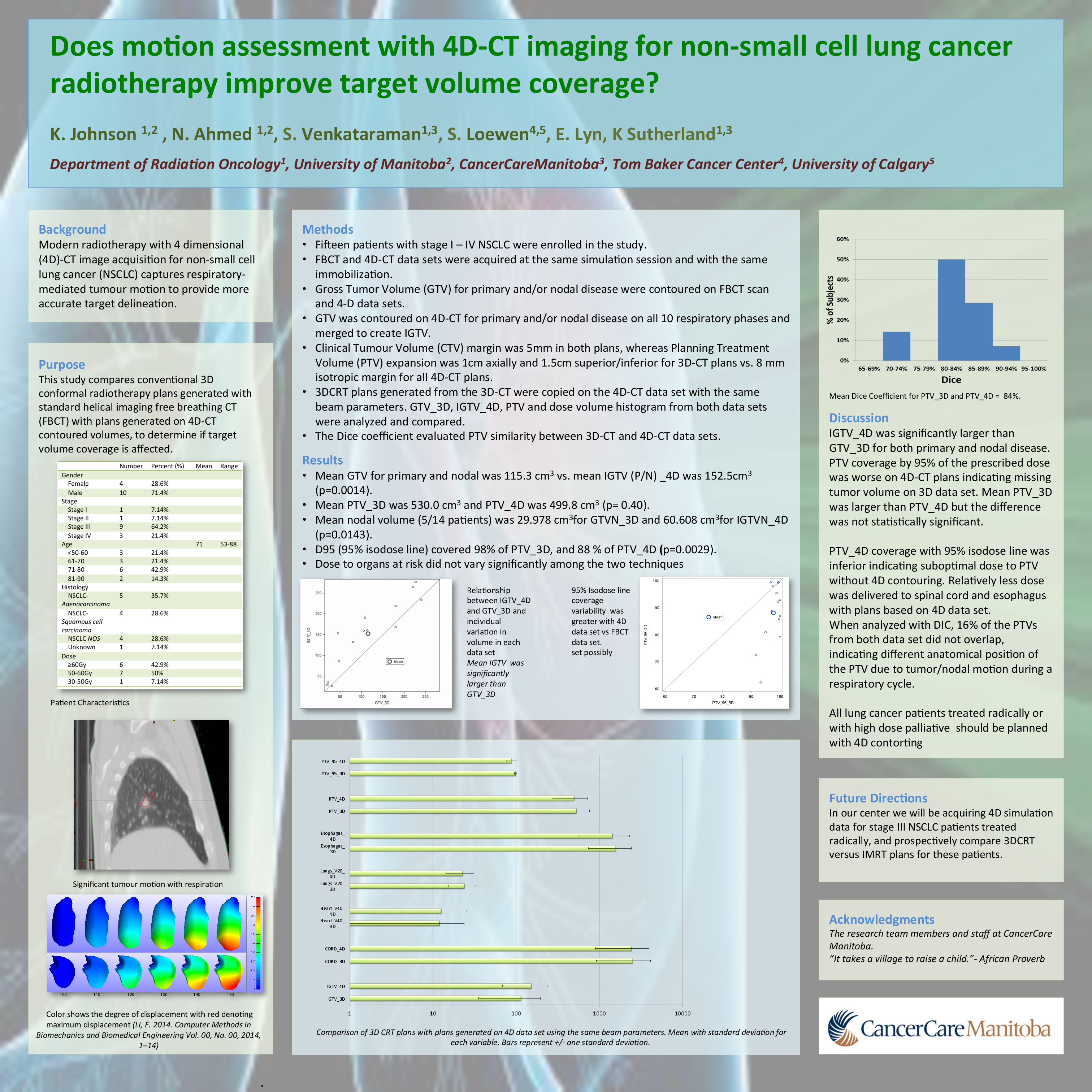