Results: Out of a total of 8,385,861 hospitalizations due to CAP, ventilation assistance was required in 552,395 (6.6%). The overall ventilation use increased slightly; however, IMV utilization decreased, while NIV utilization increased. In multivariable regression analysis, males, Asian/others and weekend admissions were associated with higher odds of any ventilation utilization. Concurrent diagnoses of septicemia, congestive heart failure, alcoholism, chronic lung diseases, pulmonary circulatory diseases, diabetes mellitus, obesity and cancer were associated with increased odds of requiring ventilation assistance. Ventilation requirement was associated with high odds of in-hospital mortality and discharge to facility.

Conclusion: The use of NIV among CAP patients has increased while IMV use has decreased over the years. We observed numerous factors linked with a higher use of ventilation support. The requirement of ventilation support is also associated with very high chances of mortality and morbidity.

Community-acquired pneumonia (CAP) refers to acute pulmonary parenchymal inflammation in a person who has not been hospitalized in the previous 14 days or is not living in a nursing home or long-term care facility [1]. CAP is estimated to occur in five million cases in the USA, leading to over one million hospitalizations and 60,000 deaths each year [2].

The indications of ventilation in CAP remain controversial. The American Thoracic Society and the Infectious Disease Society of America suggested cautious trials of non-invasive ventilation (NIV) while its application is still not a recommendation provided by the evidence-based clinical practice guidelines of CAP [3]. A study conducted in 2018 showed that the 30-day mortality was 33%, 16% and 6% in invasive mechanical ventilation (IMV), NIV and non-ventilation groups, respectively [4]. Based on this study, the use of IMV can be considered as an independent predictor of mortality in severe CAP patients.

Most of previous research studies on ventilation use among CAP patients were conducted on relatively small sample sizes or in single centers. Therefore, lack of generalized statistics from large sample size impedes the accurate acknowledgement of utilization trends, predictors and outcomes. We used a large, nationally representative database to describe temporal trends, predictors and outcomes of invasive and non-invasive ventilation use in patients with CAP.

We extracted our study cohort from the National (Nationwide) Inpatient Sample (NIS) of the Healthcare Cost and Utilization Project (HCUP), Agency for Healthcare Research and Quality (AHRQ) [5]. NIS is one of the largest all-payer publicly available databases on inpatient discharges from U.S. hospitals maintained by the AHRQ [5]. The NIS approximates a 20% stratified sample of discharges from U.S. community hospitals, excluding rehabilitation and long-term acute care hospitals and contains more than seven million hospitalizations annually. With the established weights in NIS, this data could be weighted to represent the standardized U.S. population and obtain national estimates with high accuracy [6].

To establish the trend, we calculated the proportion of CAP hospitalizations that required IMV or NIV for each year and used the Cochran-Armitage trend test for analysis purpose. Descriptive statistics were performed to present the baseline difference in socio-demographics, comorbidities and hospital-level characteristics among those who did not require any ventilation, those who required IMV and those who required NIV. Categorical variables were compared with the chi-square test, and continuous variables were compared with Student's t-test or Wilcoxon rank-sum test. To estimate the impact of IMV or NIV on CAP outcomes, we used logistic outcomes/variables (in-hospital mortality and discharge to a long-term facility) and adjusted them for potential confounders. We utilized SAS 9.4 (SAS Institute Inc., Cary, NC, USA) for all analyses and included designated weight values to produce nationally representative estimates [6]. For regression models, we used survey procedures to account for the inherent survey design of NIS to produce more robust estimates [15]. We considered a two-tailed p-value <0.05 as statistically significant.

Temporal trends of NIV and IMV utilization during CAP hospitalizations

Baseline characteristics of the study cohort 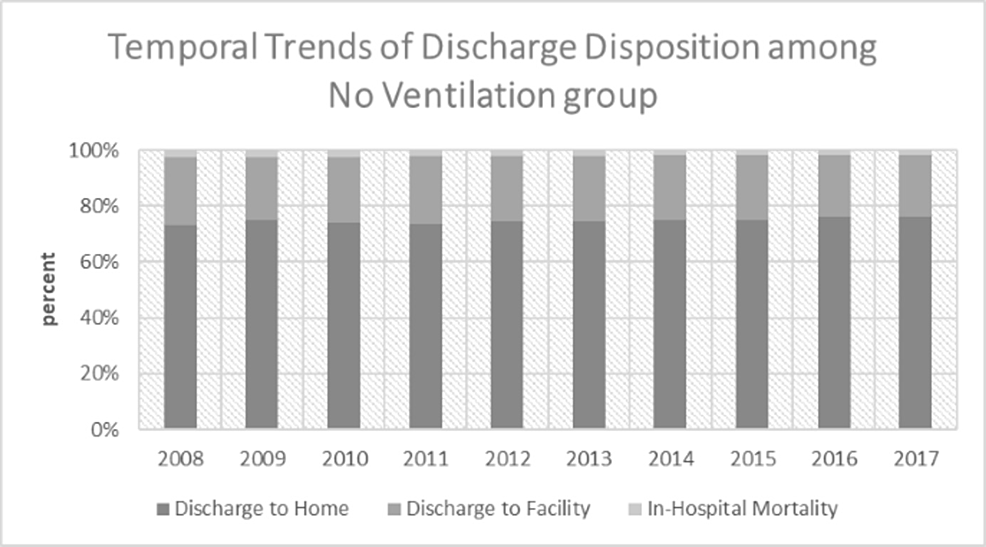 Figure 2: Temporal trends of discharge disposition among the no ventilation group 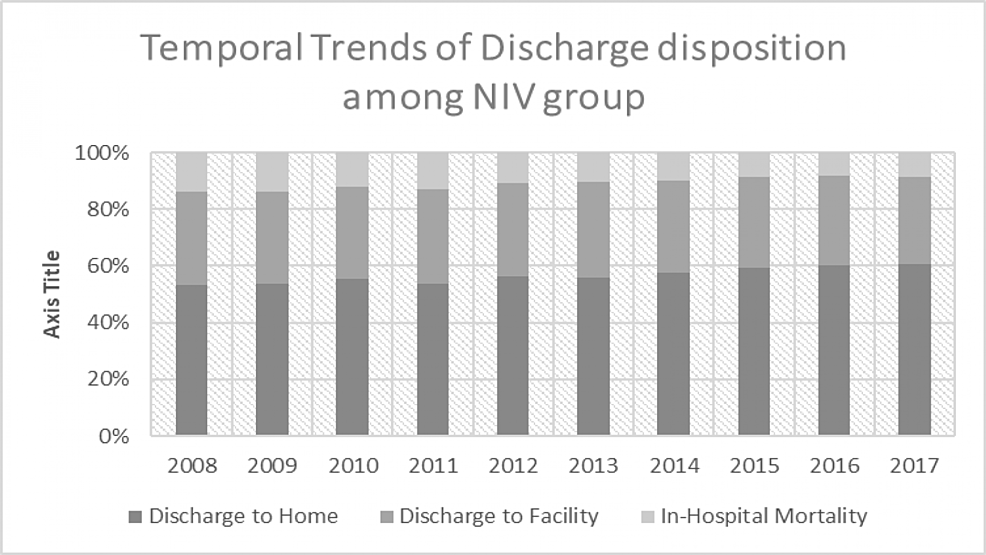 Figure 3: Temporal trends of discharge disposition among the NIV group 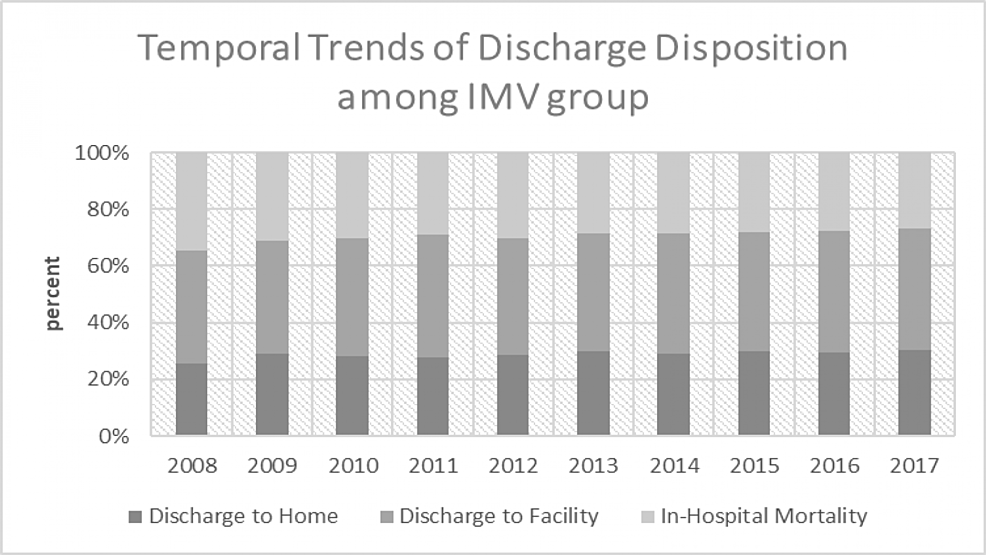 Figure 4: Temporal trends of discharge disposition among the IMV group

The results of our study suggest that the age range 50-64 is associated with the highest NIV/IMV utilization rate whereas age >80 years had reduced NIV/IMV utilization. A decreased NIV/IMV usage rate in people older than 80 is notable on account of an increase in DNR (do not resuscitate) orders among patients aged >75 compared with those aged <65, according to a previous meta-analysis [19]. Furthermore, women received more trails of NIV compared to men that was also supported by the Taiwanese study by Shen et al. [20]. Additionally, we found obese patients were at higher odds of receiving ventilation that was even validated by Anzueto et al., and due to an increasing incidence of increased body weight in the general population, it is likely that more overweight patients will require mechanical ventilation in the future [21]. A number of studies have documented a marked increase in respiratory issues, especially respiratory failure in paralysis patients following either spinal cord injury or neuromuscular diseases due to several mechanisms, and the impact of NIV use on those cases [22]. Therefore, it could be an obvious explanation for the increase in ventilation usage in paralysis patients.

Furthermore, uninsured/self-pay patients had lower odds of receiving any sort of ventilation as these patients are more likely to receive the lowest intensity of care such as radiographic and surgical procedures, consultations, and ICU care, which might be the leading contributing factor for lower utilization of invasive or non-invasive ventilation [23-25]. Additionally, our study showed that small and rural hospitals were associated with a lower rate of ventilation utilization that can be attributed to restricted facilities and fewer resources in small and rural hospitals serving as a reason to transfer patients to a greater extent to larger or academic hospitals capable of providing the required definitive care [26]. It is hypothesized that patients treated by a health care provider or admitted to a medical facility on a weekend or holiday might experience worse outcomes than patients treated on weekdays [27]. Proposed reasons for this include a decreased availability of staff or other resources on the weekend, limited access to laboratory or diagnostic tools, or selection bias stemming from a general reluctance by patients to solicit care during the weekend, which we found in our study as well as patients admitted during the weekend who received mechanical ventilation compared to the weekday admissions [27].

This study was able to track the trends of in-hospital mortality and discharge to facility among the three groups in a 10-year period. This can serve as a gateway to conduct different studies into identifying useful tools to decrease mortality and also improve quality of care. The overall in-hospital mortality has decreased in all ventilation groups from 2007 to 2017. This finding was also consistent with 15-year trends in CAP patients that reported a decrease in in-hospital mortality in patients who received non-invasive or invasive ventilation or both [28]. This may be attributed to a better understanding of CAP treatment, adoption of better practice guidelines and care bundles, improved quality of care, and early and/or aggressive treatment. A study conducted by Dean et al. showed that the implementation of a pneumonia practice guideline was associated with a reduction in 30-day mortality among elderly pneumonia patients [29].

The proportion of mortality still remains the highest among those who required IMV. This may be explained by the increased severity of disease in patients where they require invasive ventilation, as evidenced by higher CURB-65 scores, Acute Physiology and Chronic Health Evaluation II (APACHE-II) scores and other predictors, including acute respiratory failure [30]. Overall discharge to facility has been relatively consistent throughout 2008 to 2017 in the respective ventilation groups, while discharge to home has mildly increased in each group, with the highest in the NIV group. This is supported by the studies by Nicolini et al. that concluded that NIV treatment had a high rate of success [31-33]. However, the same studies also concluded the use of NIV in severe CAP as controversial due to greater variability in success compared to other pulmonary conditions. This was echoed by other studies that associated NIV with high failure rates without improvement in mortality [3,34,35]. Further studies into the role of NIV and variables impacting its efficacy in CAP are required. The length of stay at hospital was predictably lowest in those who did not require any ventilation and highest among those who required IMV. This may be attributed to early recovery in those who did not need ventilation. The IMV group typically has more severe disease and likely to have further complications thus extending the length of stay at the hospital.

Our study has several limitations. First, our study is a retrospective study that makes it subjectable to selection bias. Secondly, the selection of samples relies on accurate coding practices that could have confounded our results. Despite its limitations, our study has several strengths. Our study is the first comprehensive nationwide study looking at the noninvasive and invasive ventilation utilization during hospitalization due to CAP and our sample size most closely represents the 95% standardized U.S. population, which reduces the chance of selection bias [5].

Our study showed that the total hospitalizations due to CAP have trended downwards from 2008 to 2017. Also, there was an increase of NIV use in CAP while the trend of IMV use in CAP has decreased. Furthermore, several predictors associated with an increased NIV/IMV usage rate are age 50-64, septicemia, congestive heart failure, history of chronic pulmonary disease and pulmonary circulatory disease; LOS was also higher among the ventilation groups. As per our study, there are various modifiable factors that can improve the outcomes of the patients admitted with CAP requiring ventilation support and future studies should focus on assuaging the outcomes of patients.

© Copyright 2021
Shah et al. This is an open access article distributed under the terms of the Creative Commons Attribution License CC-BY 4.0., which permits unrestricted use, distribution, and reproduction in any medium, provided the original author and source are credited.

Figure 2: Temporal trends of discharge disposition among the no ventilation group

Figure 3: Temporal trends of discharge disposition among the NIV group

Figure 4: Temporal trends of discharge disposition among the IMV group