There have been very few studies on the association of polypharmacy with clinical course. In this paper, we seek to evaluate the relationship between polypharmacy and hospitalization period.

We retrospectively analyzed 322 patients hospitalized from February to September 2017, after excluding short-term and orthopedic cases. Patients with polypharmacy were defined as those who were prescribed more than five drugs at the time of admission. The primary endpoint for all subjects regardless of polypharmacy was the hospitalization period. Using Mann-Whitney U test results, we compared the average number of hospital days between patients with and without polypharmacy. Secondary endpoints were hospitalization period with and without polypharmacy for each disease type.

Polypharmacy is related to an extended hospitalization period and is found to occur more frequently in patients hospitalized for an infection.

Polypharmacy refers to multiple drug administration and is considered to be a factor related to adverse drug events relative to the number of medications prescribed [1]. Notably, elderly individuals show changes in pharmacokinetics and pharmacodynamics due to aging, and the use of multiple drugs can lead to adverse events [2]. However, the potential harmful effects of polypharmacy can vary depending on types of medicine and disease conditions, though few studies have been conducted to examine the association of polypharmacy with clinical course in individual patients. In the present study, we examined cases with an extended stay at our hospital and evaluated differences according to the number of medications administered.

We retrospectively analyzed the records of 846 patients hospitalized at our hospital from February to September 2017. After excluding short-term and orthopedic hospitalization cases, 322 were enrolled.

We noted the age, gender, primary disease leading to hospitalization, number and therapeutic category of medications administered, and period of hospital stay of the enrolled patients. Polypharmacy was defined as the administration of more than five different drugs at the time of admission. The average number of hospital days was compared between those with and without polypharmacy using Mann-Whitney U test findings. We calculated the correlation coefficient between the number of medications and the length of hospitalization for each patient. Furthermore, conditions that led to hospitalization were classified into five groups; infection, malignant disease, heart disease, cerebrovascular disease, and others. Using Mann-Whitney U test findings, the average number of hospital days for each group was compared between the polypharmacy and non-polypharmacy groups. The IBM SPSS Statistics software Version 19 (IBM Corporation, Armonk, NY) was used for all statistical analyses, and a p-value of <0.05 was considered to be statistically significant.

Of the 846 patients hospitalized during the study period, 322 were enrolled, after excluding those with a short-term or orthopedic hospitalization. The average age of the enrolled patients was 80.4 years and the average number of medications being administered at the time of admission was 5.4, with 151 (47%) cases categorized as polypharmacy and 171 (53%) as non-polypharmacy. There was no significant difference in regard to the background characteristics of the polypharmacy and non-polypharmacy groups, though the hospitalization period was significantly longer for patients with polypharmacy (mean ±SD: 31.6 ±2.8 vs. 23.2 ±2.2 days, p: 0.002) (Figure 1). 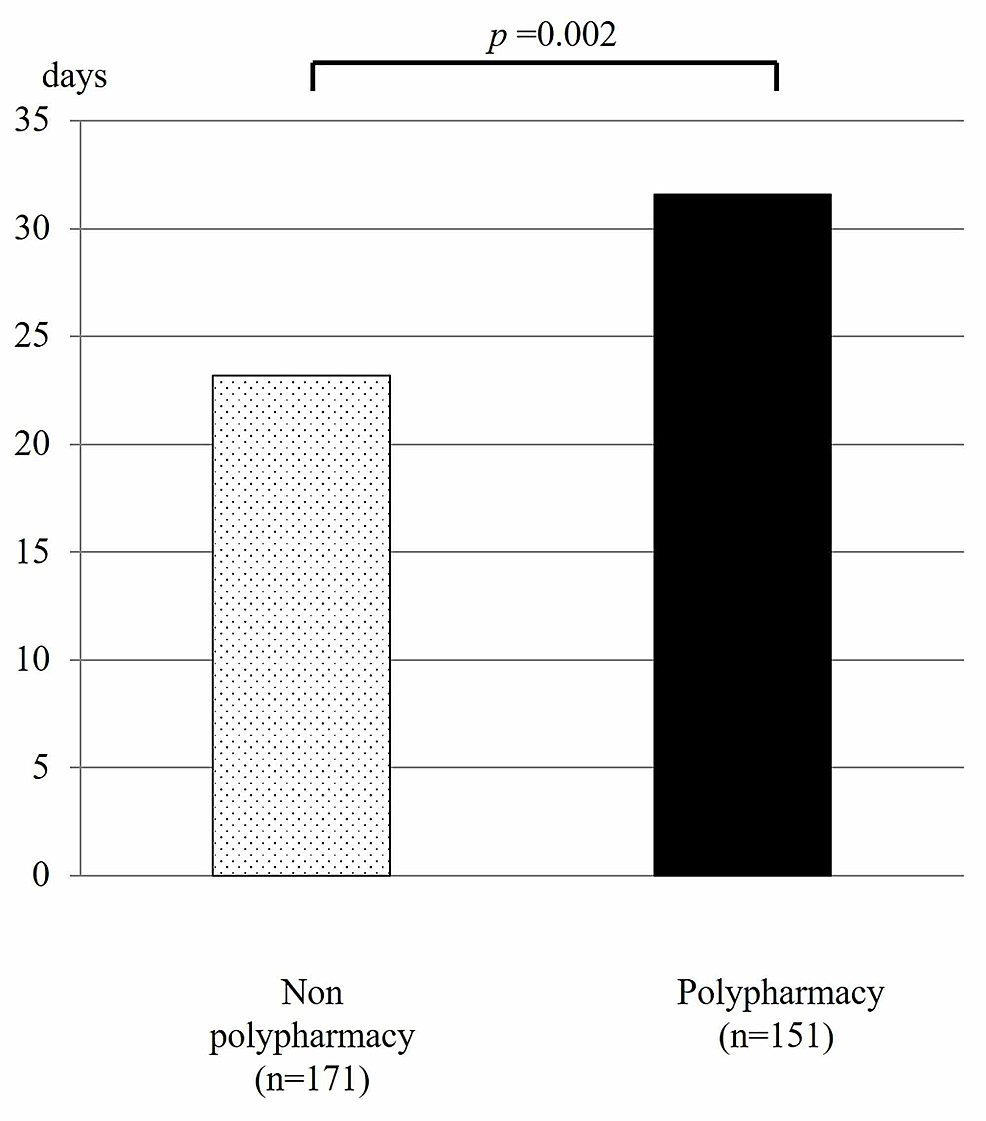 Figure 1: The hospitalization period of patients with or without polypharmacy

Next, we divided the 322 subjects into disease groups and examined the relationship of polypharmacy with the extended length of stay in each. The number of patients in the infection, malignant disease, cerebrovascular disease, heart disease, and others groups was 166 (52%), 84 (26%), 32 (10%), 26 (8.1%), and 14 (4.3%), respectively. In the infection group, the hospitalization period of patients with polypharmacy was significantly longer as compared to those without polypharmacy (mean ±SD: 27.6 ±3.1 vs. 18.1 ±1.5days, p =0.007), while there was no significant difference between with and without polypharmacy in the other 4 disease groups (Figure 2). 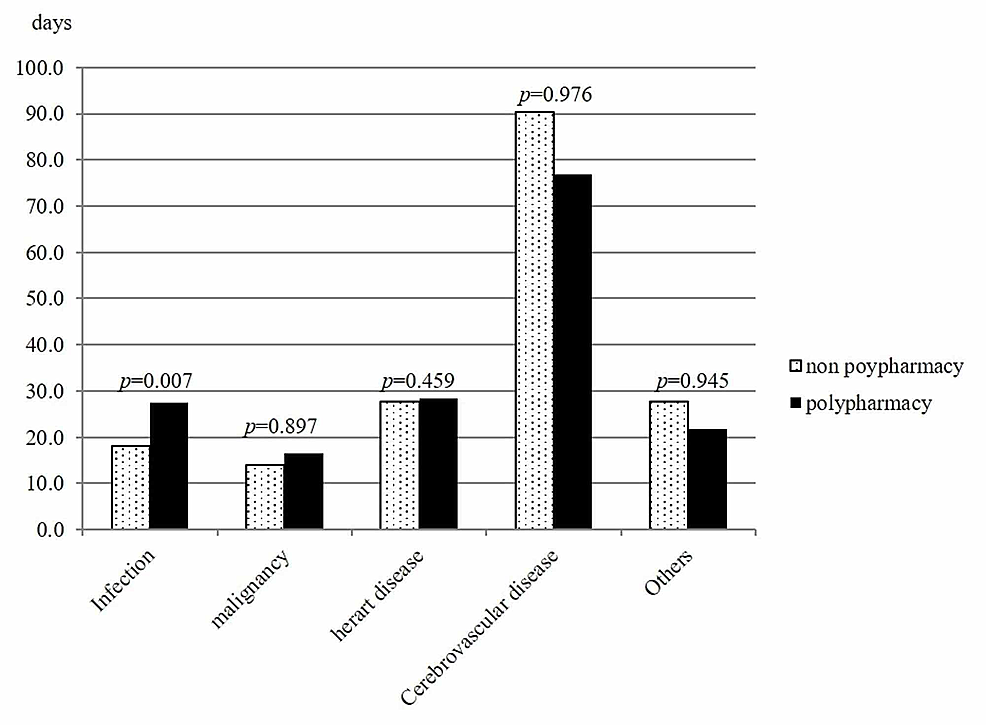 Figure 2: Mean hospitalization period (days) for patients with or without polypharmacy by disease group

Polypharmacy is a condition in which several medications, often more than clinically required, are prescribed, with the classification generally applied when the number of drugs administered is five or more. It has been reported that adverse drug events increase when the number of concomitant drugs exceeds 5 [1]. In the present polypharmacy group, comprised of patients administered more than five different drugs, the hospitalization period was significantly longer as compared to the non-polypharmacy group. Multiple drug administration is suspected to cause adverse events that lengthen hospitalization. For example, one of the most serious adverse events encountered by hospitalized patients is cognitive decline, which is thought to be related to benzodiazepine and/or antihistamine administration. While adverse events are rarely encountered in cases with a single agent, metabolism can be inhibited when more medications are added, resulting in an increase in blood concentration when given in combination with other agents.

In the present study, the number of underlying diseases in our patients was a confounding factor, as drug number increased in cases with several underlying diseases present, leading to polypharmacy. Polypharmacy is a complex problem and a large variety of factors, such as type and dose of each drug, type and degree of underlying disease, patient age, patient organ function status, and those in combinations must be considered. It is clear that polypharmacy is an important issue to be addressed, with additional investigations needed regarding drugs with significant influence and which patients are most likely affected.

We can conclude that polypharmacy is related to an extended period of hospitalization, especially in patients hospitalized for infectious diseases. Polypharmacy is an important issue to be addressed, and further investigations are required to analyze its effects in a comprehensive manner.

© Copyright 2020
Fukuba et al. This is an open access article distributed under the terms of the Creative Commons Attribution License CC-BY 4.0., which permits unrestricted use, distribution, and reproduction in any medium, provided the original author and source are credited.

Figure 1: The hospitalization period of patients with or without polypharmacy

Figure 2: Mean hospitalization period (days) for patients with or without polypharmacy by disease group