Peritonitis is a severe complication encountered in patients undergoing peritoneal dialysis, often causing high morbidity and mortality. High vigilance is required from healthcare providers involved in the management of these patients to prevent this complication. There has been recognition of peritonitis caused by unusual organisms because of improved microbiological detection techniques. Gram-positive organisms are the frequent cause of peritonitis compared to Gram-negative organisms. We report a rare case of peritonitis caused by Enterococcus avium. A 60-year-old male on peritoneal dialysis presented with palpitations, abdominal pain, diarrhea, and cloudy effluent. The peritoneal fluid analysis was consistent with peritonitis, and peritoneal fluid culture grew E. avium. The patient was treated with linezolid after failing to respond to vancomycin. The peritoneal dialysis catheter was removed, and the dialysis modality has been switched to hemodialysis because of refractory peritonitis.

Enterococcus avium is Gram-positive, catalase-negative cocci, and facultative anaerobe [1]. It is a normal commensal of the gastrointestinal and genitourinary tract in humans and animals. The organism was isolated initially from human feces in 1955 [2]. Peritonitis is a significant complication encountered in patients undergoing peritoneal dialysis, which causes significant morbidity and mortality [3]. The incidence of peritonitis from rare organisms is increasing because of improved microbiological identification techniques. We report a case of E. avium associated peritonitis.

A 60-year-old male was admitted with a chief complaint of palpitations, abdominal pain, and diarrhea. Palpitations were sudden in onset and woke up the patient from sleep and were persistent, which prompted him to seek medical attention. The patient was having diarrhea and abdominal pain for two days before the presentation. Past medical history was significant for polycystic kidney disease resulting in end-stage renal disease, bilateral nephrectomies with living unrelated kidney transplant that failed after 13 years, and he was on peritoneal dialysis for two years. Other history details include hypertension, diabetes, hyperlipidemia, and coronary artery disease with four-vessel coronary artery bypass grafting. Home medications include aspirin 81 milligrams (mg) daily, ticagrelor 90 mg twice a day, calcitriol 0.25 micrograms daily, carvedilol 6.25 mg twice a day, olmesartan 40 mg daily, vitamin d2 50,000 units weekly, and insulin sliding scale. 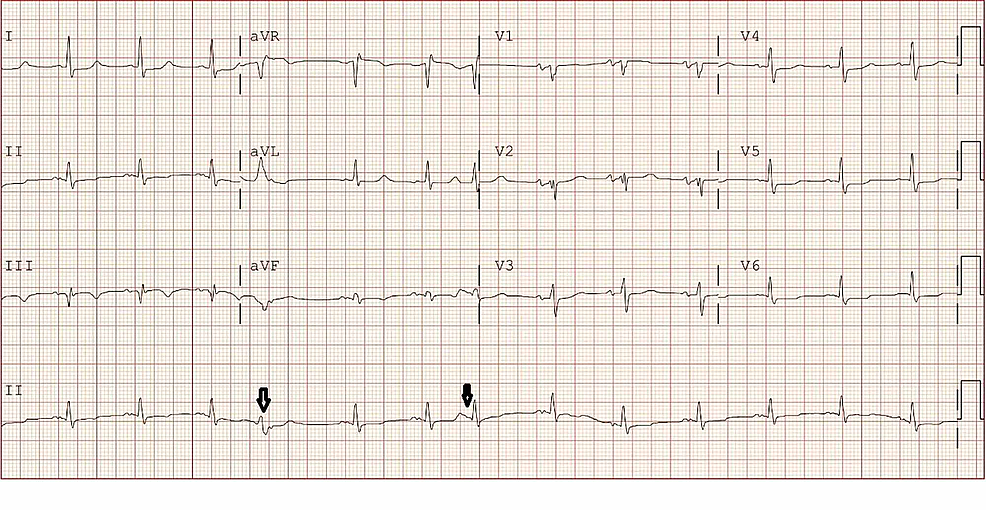 The patient was initially treated with vancomycin and was changed to linezolid because of worsening peritoneal fluid cell count before the antibiotic sensitivities were available. The peritoneal dialysis catheter was removed, and the dialysis modality has been switched to hemodialysis because of refractory peritonitis. The patient was discharged on linezolid and completed the antibiotic course for a total of 14 days. He was followed up in the clinic after completion of antibiotics and was doing well without any signs and symptoms of recurrent infection. He was continued on hemodialysis three times a week as an outpatient for end-stage renal disease.

Enterococcus avium has low virulence [8] and is an opportunistic pathogen in an immunocompromised host. The bacterium colonizes in the gastrointestinal and genitourinary tract, and the mode of transmission could be from contamination of devices or translocation from the colonized body sites. Most of the case reports or series that had been reported in the literature have severe gastrointestinal diseases. They are often associated with other gastrointestinal organisms, and infections tend to be polymicrobial [9]. E. avium has been isolated from the blood and bile of immunocompetent host with acute cholecystitis before [10]. E. avium has been reported to cause bacteremia, meningitis, endocarditis, and intra-abdominal infections. E. avium rarely causes peritonitis, but only a few cases were reported so far as per the review of the literature [11-12].

Enterococcus avium is susceptible to most of the antibiotics, which differentiates, from E. faecalis and E. faecium that tend to be resistant to them [9-10]. However, our patient was initially treated with vancomycin and responded with decreased peritoneal fluid white cell count and then got worse; hence, vancomycin was switched to linezolid before the sensitivities were available. Prompt identification and timely initiation of antibiotics and appropriate intervention will prevent mortality associated with this organism.

Enterococcus avium is an organism with low virulence which causes opportunistic infections. Peritonitis from E. avium in patients receiving peritoneal dialysis is rare and recent diagnostic methods aid in the identification of this organism. The bacterium is usually sensitive to common antibiotics.

© Copyright 2019
Adapa et al. This is an open access article distributed under the terms of the Creative Commons Attribution License CC-BY 3.0., which permits unrestricted use, distribution, and reproduction in any medium, provided the original author and source are credited.