Aortic dissection (AD) is a life-threatening but uncommon and challenging diagnosis to make in the emergency department (ED). While a sudden onset of severe pain is the most common presenting complaint, it can have a wide range of manifestations and classic findings are often absent [1]. Computed tomography angiography (CTA) is the most common initial assessment performed and has high sensitivity and specificity [1-2]. The Stanford classification divides AD into type A, which involves the ascending aorta, and type B, which is limited to the aorta distal to the left subclavian artery. Cardiac point-of-care ultrasound (POCUS) is often used to evaluate patients with chest pain and may be used to rapidly diagnose type A AD in the suprasternal notch view if there is the visualization of a dissection flap [3]. In contrast, a diagnosis of type B AD in the suprasternal notch view is rare and has only been reported in one previous case report. We report the case of a patient who presented with chest pain and was accurately diagnosed with type B AD using the suprasternal notch view.

A 77-year-old male with a history of hypertension presented to the ED with the chief complaint of chest pain. He described excruciating substernal chest pain that was sudden onset, non-radiating, non-pleuritic, and without associated nausea, vomiting, diaphoresis, or shortness of breath. 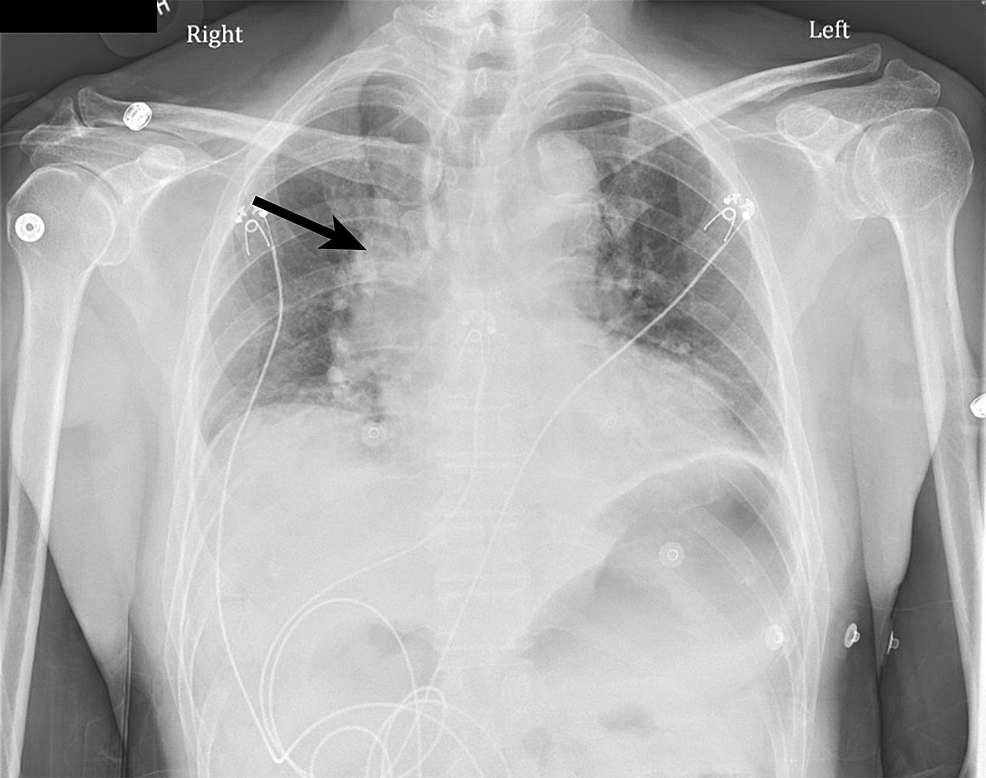 Figure 2: CXR with fullness of the right hilum

About six hours after initial presentation, the patient was noted to be hypertensive to 200/95 mmHg with concern of pain moving to the middle of the abdomen. POCUS of the abdominal aorta at that time revealed an area concerning for an intimal flap, which was more clearly appreciated on the cardiac suprasternal notch view (Videos 1-3, Figure 3). 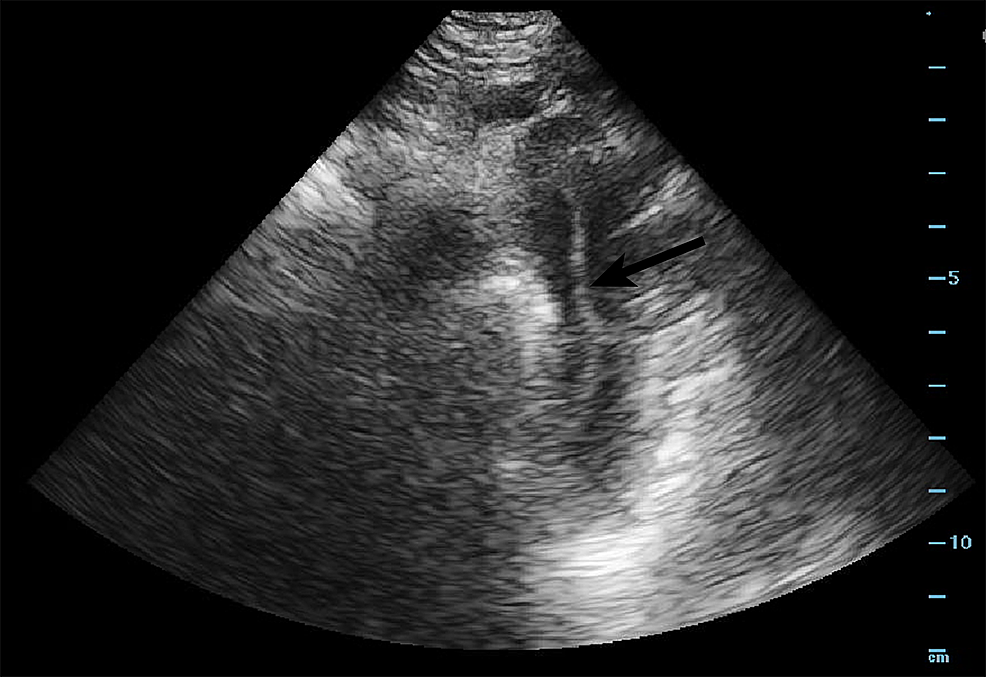 Figure 3: Suprasternal notch view with visualization of a dissection flap

A CTA was performed and showed a type B AD with arch involvement beginning just distal to the takeoff of the left subclavian artery and extending to the infrarenal abdominal aorta (Figure 4). 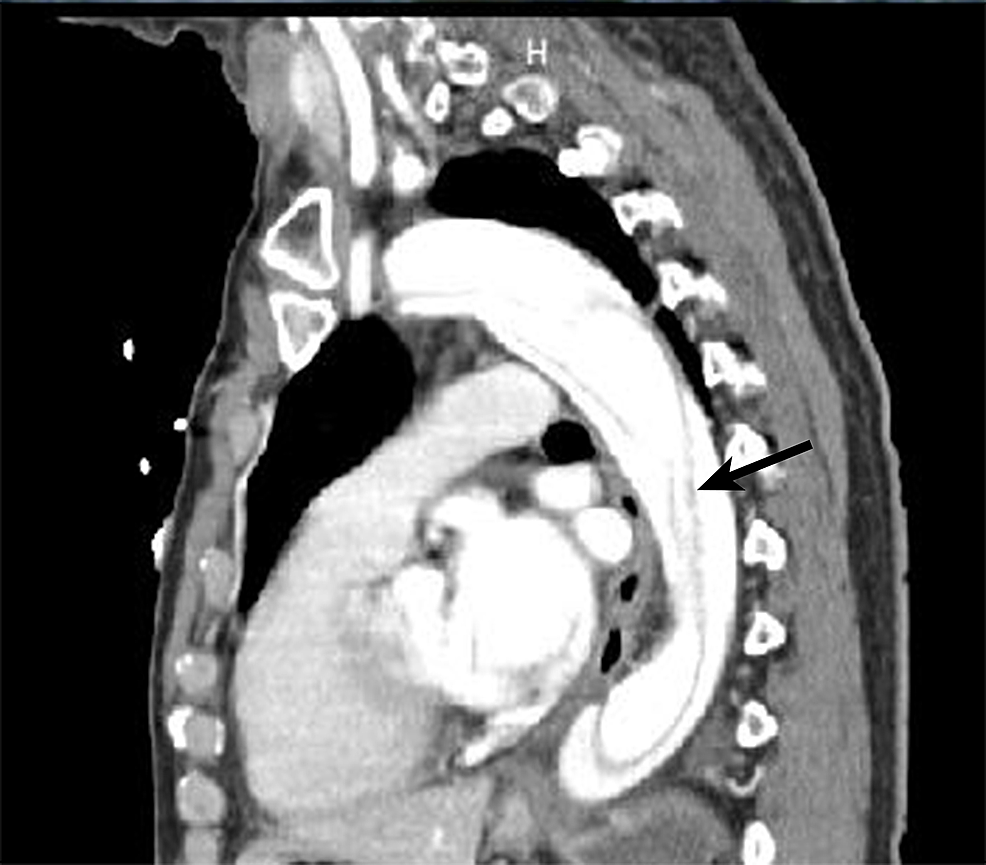 The patient was started on an esmolol drip and admitted to the cardiothoracic surgery service.

An inpatient transthoracic echocardiogram (TTE) revealed a mild to moderate aneurysm of the ascending aorta. A repeat CTA on hospital day two showed no significant interval change of the AD. The patient was medically managed with anti-hypertensives and discharged on hospital day seven. Follow-up CTAs in three weeks, four months, and one year showed stable dissection.

AD is an uncommon diagnosis, with an estimated prevalence of 5,000 to 10,000 cases in the United States per year [4]. It is a difficult diagnosis for emergency physicians to make, and 15%-43% of cases are missed on initial presentation [4]. Missed diagnosis of AD is most common in patients with a working diagnosis of acute coronary syndrome, which is a much more prevalent condition [2]. The Stanford classification divides AD into type A, which involves the ascending aorta, and type B, which is limited to the aorta distal to the left subclavian artery. Type A AD is quoted to have a 1% per hour mortality and, even with surgical intervention, has a reported 30-day mortality of 17% [5]. Type B AD, typically managed medically, has a reported mortality of about 11%, and those on whom surgery is performed have a mortality rate of 31.5% [1]. CTA, magnetic resonance imaging (MRI), and transesophageal echocardiography (TEE) are all reliable diagnostic imaging modalities, reaching 100% sensitivity, and with CTA reaching 100% specificity [2].

Numerous case reports and series have demonstrated that POCUS performed by emergency physicians can diagnose abdominal and thoracic AD by the visualization of the dissection flap via the traditional transabdominal and transthoracic, specifically the parasternal long axis, views [6-9]. The transthoracic view has the disadvantage of visualizing only the proximal aorta and is thus not able to evaluate for type B AD. The suprasternal notch view, not part of routine cardiac POCUS, can be used to rapidly diagnose AD, primarily for type A AD. The view is obtained by placing the cardiac probe (2-4 MHz) over the sternal notch, indicator towards the head of the patient, and then slowly rotating the probe clockwise towards the patient’s left shoulder. One reference notes that this view is only useful for visualization of type A AD and not type B [3]. However, our case illustrates a clearly visualized type B AD with this view. One prior case report in the literature diagnosed a type B AD on suprasternal notch view in a similar manner [10]. As the innominate, left common carotid, and left subclavian arteries can be visualized in this view, either type A or B AD can be diagnosed [10].

© Copyright 2019
Wang et al. This is an open access article distributed under the terms of the Creative Commons Attribution License CC-BY 3.0., which permits unrestricted use, distribution, and reproduction in any medium, provided the original author and source are credited.

Figure 2: CXR with fullness of the right hilum

Figure 3: Suprasternal notch view with visualization of a dissection flap