It is uncertain whether the use of selective serotonin-reuptake inhibitors (SSRI) and other anti-depressants during pregnancy is associated with an increased risk of congenital heart disease (CHD) in newborn. There have been various studies showing a number of adverse outcomes, including gestational hypertension, reduced birth weight, altered neonatal pain responses and persistent pulmonary hypertension of the newborn with exposure to anti-depressant medications. There have been very few longitudinal studies showing CHD association with the use of anti-depressant medications. Our objective is to examine the risk for congenital heart disease of the newborn associated with prenatal exposure to antidepressant medication.

There is a risk of congenital heart disease in patients who are prenatally exposed to anti-depressant medications as evident by the specific echocardiographic abnormalities noted in the study.

Placental passage of antidepressants has been documented in human population. Fluoxetine and citalopram had the highest ratio of umbilical vein-to-maternal serum concentration, indicating greater transfer from mother to fetus. Sertraline and paroxetine had the lowest ratio [5, 6].

In recent years, an increasing body of knowledge has been reported challenging the safety of these drugs during pregnancy. The FDA acknowledges most of the SSRIs and SNRIs as being class C. The official report from the American Psychiatric Association and the American College of Obstetrics and Gynecology states that serotonin reuptake inhibitor usage during pregnancy has been associated with miscarriages, premature and/or low birth weight infants and fetal malformations [1]. Several studies have reported that paroxetine (class D) exposure during the first trimester of pregnancy is associated with fetal cardiac abnormalities such as septal defects, right ventricular outflow tract obstruction defects, left ventricular outflow tract obstruction defects and conotruncal abnormalities [1, 2, 4, 9]. But these findings have not been reproduced in larger prospective trials [10-12]. Another report has indicated that antenatal use of SSRIs, in conjunction with benzodiazepine, is linked to an increase in cardiac maldevelopment, as opposed to SSRIs alone [13]. Other studies suggest an increased risk of pulmonary hypertension in newborns, with the use of SSRIs during the third trimester of gestation [14-16]. In our investigation, we focused on detection of echocardiographic abnormalities in fetuses exposed to SSRIs and SNRIs. These findings were then verified with the performance of postnatal echocardiograms.

A retrospective review of the institutional medical records at Children’s Hospital of New Orleans, from Jan 1st 2009 to December 31st 2014, identified all pregnant women who underwent fetal echocardiography because of an in-utero exposure to either SSRIs or SNRIs. Women who themselves possessed a known congenital heart defect or a genetic abnormality were excluded. We also excluded women taking benzodiazepines or tricyclic antidepressant class of medications. The following information was obtained: age of the mother, anti-depression medications being used, gestational age at the time of the fetal echocardiogram and the echocardiographic findings. Two experienced fetal cardiologists independently reviewed the echocardiograms, and each was blinded to the other’s findings. The institutional review board of Louisiana State University Health Science Center, New Orleans, LA approved this study.

A total of 40 pregnant women were identified, who had undergone a fetal echocardiogram because of in utero exposure of the fetus to SSRIs or SNRIs. Figure 1 shows the percentage of women who were taking each antidepressant. Thirty-one of these women (77.5%) were receiving SSRIs, six (15%) SNRIs and three (7.5%) were on a combination of drugs. 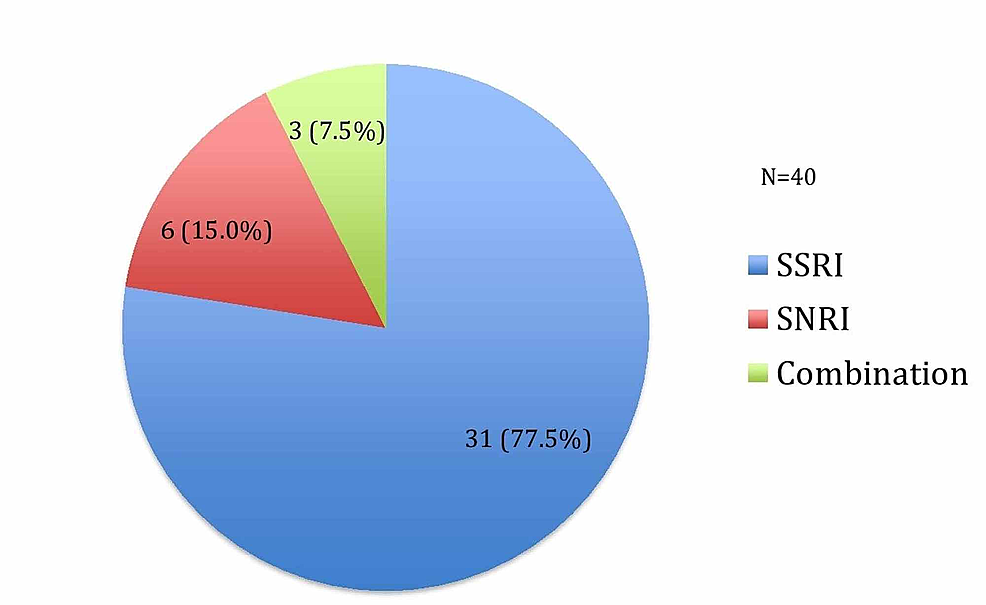 Figure 1: Percentage (%) of mothers on anti-depressant during pregnancy.

Among the 31 women being treated with SSRIs, five were on citalopram, nine were on escitalopram, nine were on fluoxetine, seven were on sertraline and one was on paroxetine. Among the six women treated with SNRIs, two were on venlafaxine, three were on bupropion and one was on duloxetine. Three women were on a combination of anti-depression medications. The combinations consisted of fluoxetine and bupropion, sertraline and paroxetine, and venlafaxine and bupropion.

Among the 40 women who had fetal echocardiograms, seven (18%) were found to have a fetus with congenital heart disease (CHD). Table 1 outlines the cardiac diagnoses of these fetuses.

Table 1: Gestational age at which congenital heart disease diagnosed in utero, type of antidepressant use, echocardiographic findings in the fetuses. 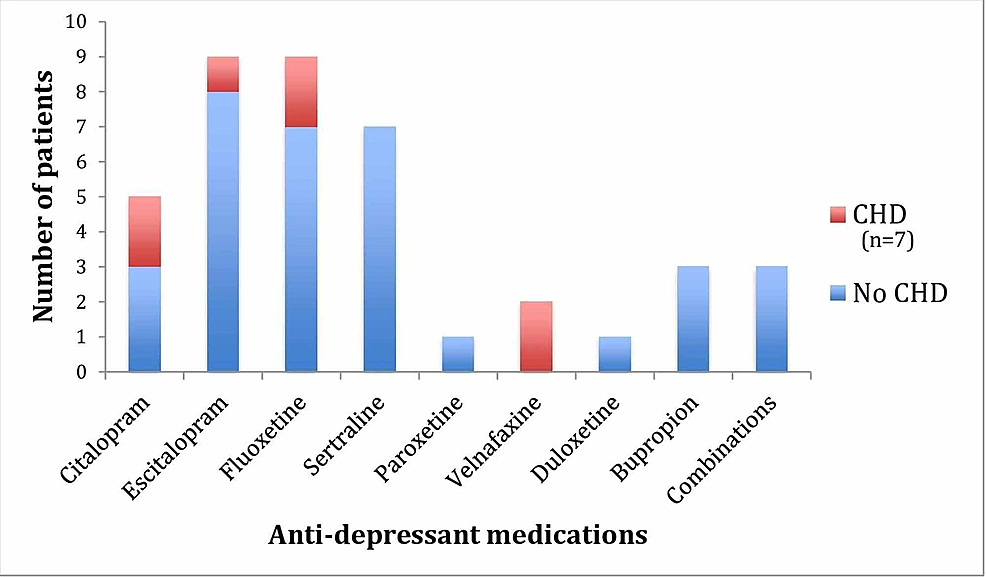 Figure 2: Proportion of patient with CHD and anti-depressant exposure.

The two fetal echocardiographers reviewed the studies independently and arrived at the same conclusion. In each case, the cardiac abnormalities diagnosed in utero were confirmed following birth, with a postnatal transthoracic echocardiogram.

The use of anti-depressive medications during pregnancy has increased steadily over the years, with a reported prevalence of 8 to 13% in the United States. Herein, we report six-year experience of fetal echocardiographic findings in pregnant women treated with SSRIs, SNRIs or combination antidepressants. We found fetal echocardiographic abnormalities in 18% of the fetuses, whereas the incidence of CHD is 1% in general population. According to data from Centers for Disease Control and Prevention (CDC), occurrence of ASD, VSD and coarctation of aorta is 13, 42 and 4 per 10,000 children, respectively. Two of the fetuses were diagnosed with major congenital heart defects requiring cardiac surgery during the newborn period. Four other fetuses were diagnosed with septal defects - ASDs and VSDs. One fetus was diagnosed with ductal constriction secondary to venlafaxine, an SNRI without any known direct cardiac effects; this fetus was not exposed to non-steroidal anti-inflammatory drugs.

A meta-analysis conducted by Myles et al. did not find any congenital malformation in mothers who were on citalopram during their pregnancy [1]. In our study, citalopram was associated with septal defects in two cases. We also did not find any CHD in case of mother taking paroxetine, although we only had one woman out of 40 taking paroxetine. In several studies, paroxetine has been found to be consistently associated with CHD and its risk reflected when, in 2005, FDA issued a public health advisory on its use in first trimester [1, 4, 17]. In our study, fluoxetine was associated with cardiac malformations, which was also consistent with previous study [1].

Like most other epidemiologic studies, our study also had its own strengths and limitations. Our study was a retrospective review, single center study and had a relatively small sample size. Moreover, the study did not take into consideration of maternal intake of other medications such as anti-seizure medications or oral hypoglycemics, and its effect on overall association with infant with CHD. We also did not review the history of CHD in expectant mothers' other children. Despite these limitations, our study had several strengths such as confirmation of anti-depressant medications through chart reviews rather than telephonic interviews. Our study also confirmed the fetal echocardiographic findings with postnatal findings. Additionally, all of the echocardiographic findings were read by two independent fetal cardiologists.

There is a possible association of CHD in patients who are prenatally exposed to SSRIs or SNRIs. Until we have prospective long-term safety studies, careful risk-benefit analysis needs to be applied when considering the use of SSRIs or SNRIs in pregnancy.

© Copyright 2019
Desai et al. This is an open access article distributed under the terms of the Creative Commons Attribution License CC-BY 3.0., which permits unrestricted use, distribution, and reproduction in any medium, provided the original author and source are credited.

Figure 1: Percentage (%) of mothers on anti-depressant during pregnancy.

Figure 2: Proportion of patient with CHD and anti-depressant exposure.

Table 1: Gestational age at which congenital heart disease diagnosed in utero, type of antidepressant use, echocardiographic findings in the fetuses.

A Case of Major Depressive Disorder With Peripartum Onset With Heralding Sym ...