Conclusion: In the community setting of a developing country, a combination of pulse oximetry screening and clinical examination are better at detecting congenital heart defects than either test alone.

Congenital heart disease (CHD) is the commonest group of congenital malformations, affecting 7 to 8 out of every 1,000 newborns [1]. CHD accounts for 6% - 10% of all infant deaths and accounts for 20% - 40% of all infant deaths that occur due to malformation [2]. One of the major contributors to increased infant mortality and morbidity is the clinical deterioration and collapse prior to diagnosis and treatment [1]. Congenital heart defects involve a problem during the development of the heart which can manifest at any age. This problem can be mild with no significant hemodynamic compromise to critical, requiring early intervention and surgeries. About 25% of CHDs are life-threatening and may manifest before the first routine clinical examination [2-3]. Failure to identify these critical lesions immediately after birth leads to a delay in referral and increased mortality and morbidity [4]. Many studies have shown that the measurement of oxygen saturation identifies neonates with mild cyanosis who do not have an audible murmur or other signs of cardiac abnormality and are not detected by routine clinical examination [5]. Combining pulse oximetry with clinical examination can enhance the clinician’s ability to detect life-threatening CHD in a timely manner [6-7]. The American Heart Association (AHA) has recommended future studies across a broad range of delivery systems to determine whether this practice should become the standard of care in the routine assessment of neonates [8]. Recent studies reported high sensitivity and specificity of pulse oximetry screening in newborns to detect congenital heart disease [9-10]. We carried out the study with the objective of 1) screening all newborns admitted in the nursery and neonatal intensive care unit (NICU) to rule out congenital heart disease before discharge from hospital and 2) to find out the utility of pulse oximetry to detect congenital heart disease.

This hospital-based prospective study was conducted at the Aga Khan University Hospital, Karachi from January 2014 to December 2014. All newborns admitted to the Well Baby Unit and NICU during the study period were enrolled after taking informed consent from the parent. All those newborns who had gestational age < 34 weeks, birth weight < 1.5 kg, discharge before 48 hours of life, and those babies who were very sick, on a mechanical ventilator, and in whom stable pulse oximeter signals could not be obtained were excluded from the study. The study protocol was approved by the Ethics Review Committee of Aga Khan University.

Oxygen saturation (SpO2) measurements of all neonates were recorded by registered nurses using the Ohmeda 3700 pulse oximeter. For each newborn, oxygen saturation at birth, 24 hours, and 48 hours of life were obtained. The pulse oximeter probe was applied on either foot. The recordings were noted after obtaining stable pulse oximeter signals. A SpO2 of ≥ 95% was defined as negative pulse oximetry screening (POS). POS was positive when a SpO2 of ≤ 94% was documented and it was rechecked after one hour. If still positive, it was followed by echocardiography. If the POS was negative, no further workup was done. Clinical examination screening was performed for all newborns with special reference to signs and symptoms related to the cardiovascular system to detect congenital heart disease. Presence of central cyanosis, heart murmurs, abnormal peripheral pulses, abnormal precordium, and tachypnea were taken as positive clinical examination findings suggestive of congenital heart disease [9]. The newborns with a positive clinical exam or positive pulse oximetry underwent echocardiography. In case of detection of any abnormality, the type of abnormality detected was also recorded and the parents were counseled regarding appropriate management. For the normal babies, a follow-up evaluation (clinical evaluation or telephonic interview of parents) was performed at six weeks. If this was abnormal, echocardiography was repeated. Collected data were analyzed using the Statistical Package for Social Sciences (SPSS), version 20.0 (IBM SPSS Statistics, Armonk, NY). Sensitivity, specificity, positive predictive value, a negative predictive value of pulse oximetry, and clinical examination were calculated and interpreted accordingly. 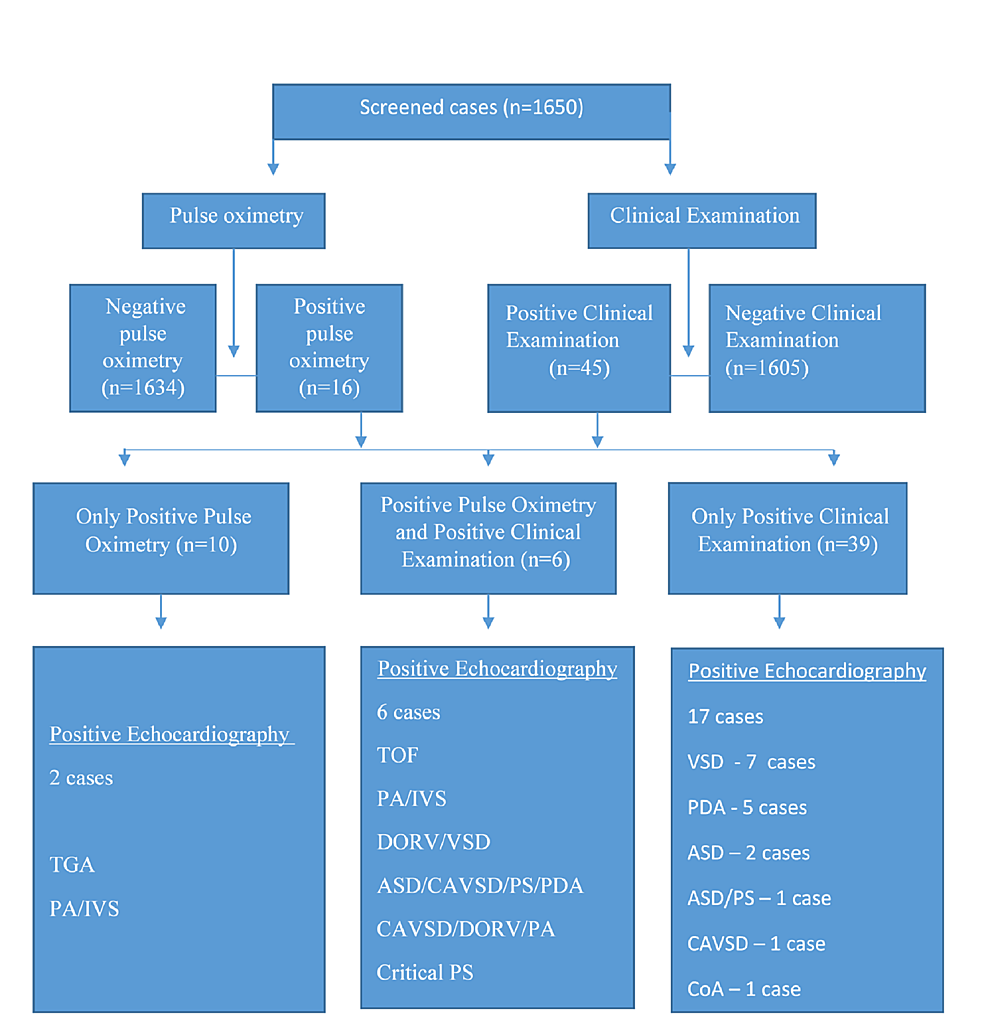 Figure 1: Details of pulse oximetry screening and clinical examination of the newborns under study

We found VSD was the most common congenital heart disease, followed by patent ductus arteriosus (PDA), atrial septal defect (ASD), and pulmonary atresia (PA) with an intact ventricular septum (IVS) in this study.

The findings of our study suggested that the benefits of POS shown in high-income countries could be translated to low-income developing countries (like Pakistan) with great success, but clinical examination should be included as part of the screening to detect congenital heart disease.

© Copyright 2019
Mohsin et al. This is an open access article distributed under the terms of the Creative Commons Attribution License CC-BY 3.0., which permits unrestricted use, distribution, and reproduction in any medium, provided the original author and source are credited.

Figure 1: Details of pulse oximetry screening and clinical examination of the newborns under study

Parenting Styles of Parents Who Had Children With and Without High Risk at B ...