Precursor T-cell lymphoblastic lymphoma usually presents with painless lymphadenopathy and mediastinal mass while precursor B cell type is commonly extranodal with skin (33%) being the most frequently involved site followed by lymph nodes (22%), bone (19%) and mediastinum (5%) [2].

During literature review multiple case reports on adult peritoneal lymphomatosis were found. One of them reported a case of relapsed B cell-acute lymphoblastic leukemia/lymphoma as an isolated omental mass [4].

However, the purpose of reporting this case is to identify omentum as a rare site of precursor B-cell lymphoblastic lymphoma in children.

Informed consent statement was obtained for this study.

An eight-year-old girl presented with massive ascites. Two months ago she developed fatigue, abdominal distention and weight loss of 10–15 pounds over a month. The patient did not have any significant previous medical history. She was taken to a primary care hospital where abdominal tuberculosis was suspected and she was started on anti-tuberculosis medications. Despite treatment her symptoms did not improve. Hence, she was transferred to a tertiary care hospital.

On examination, her vitals were normal. Abdomen was distended without any indication of peritonitis or perforation and bowel sounds were normal. There were no palpable lymph nodes.

She was given supportive care and detailed lab workup was started. Peripheral blood count was unremarkable except for hemoglobin of 14.6 g/dL with low red cell indices (consistent with iron deficiency anemia as serum iron was low as well) and a platelet count of 641,000/micro liter. Peripheral smear showed hypochromia, anisocytosis and microcytosis, few reactive lymphocytes and increased platelets. Routine lab tests were normal except for C-reactive protein test (CRP) of 24.27 mg/L (normal is up to 5 mg/L). Liver function tests and coagulation profile were normal. Ascitic tap was positive for red blood cells with a total lymphocyte count of 122/cumm (30% polymorphs and 70% lymphocytes), protein 2.6 g/dL and lactate dehydrogenase (LDH) 156. Serum-ascites albumin gradient (SAAG) was less than 1.1 g/dL. Occasional pus cells were seen on peritoneal fluid examination but no growth was observed on culture. Ascitic fluid cytology showed mature lymphocytes and reactive mesothelial cells but no atypical cells. Chest X-ray was normal and to rule out suspected abdominal tuberculosis Mycobacterium tuberculosis DNA by PCR was done which came out to be negative. 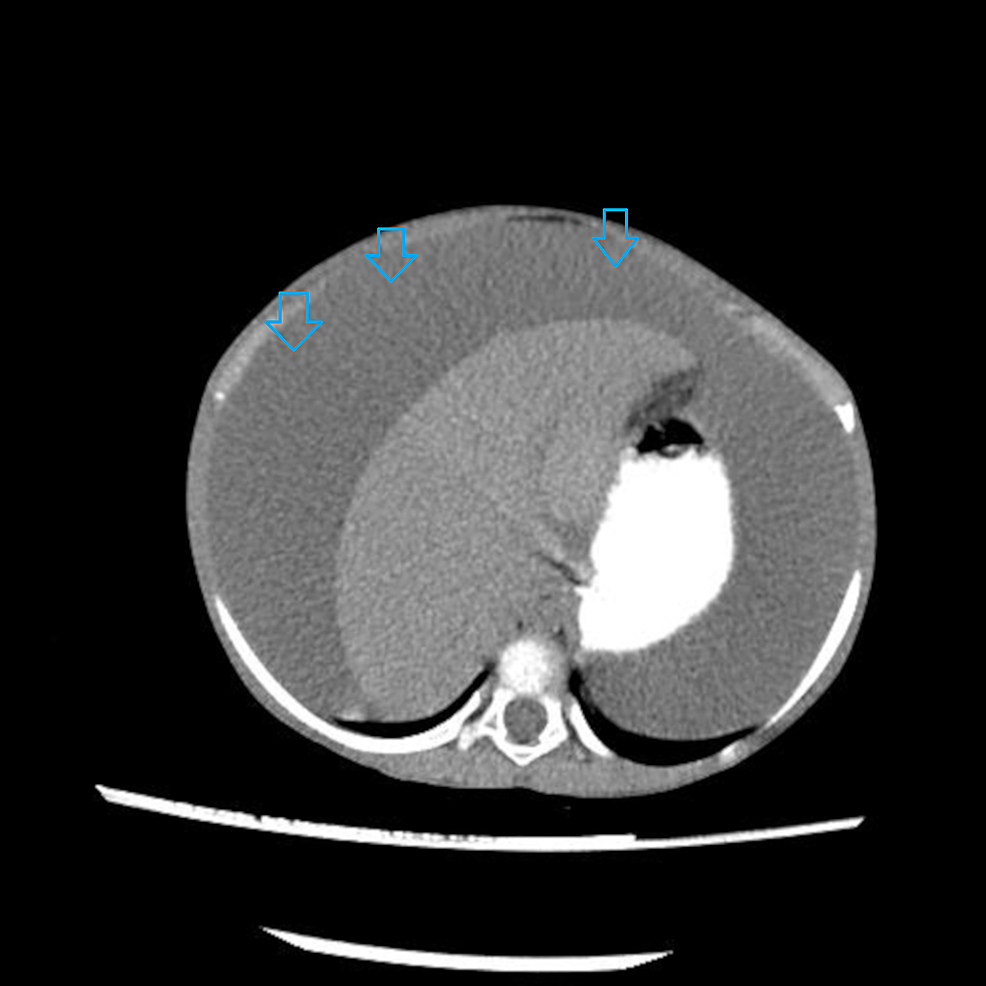 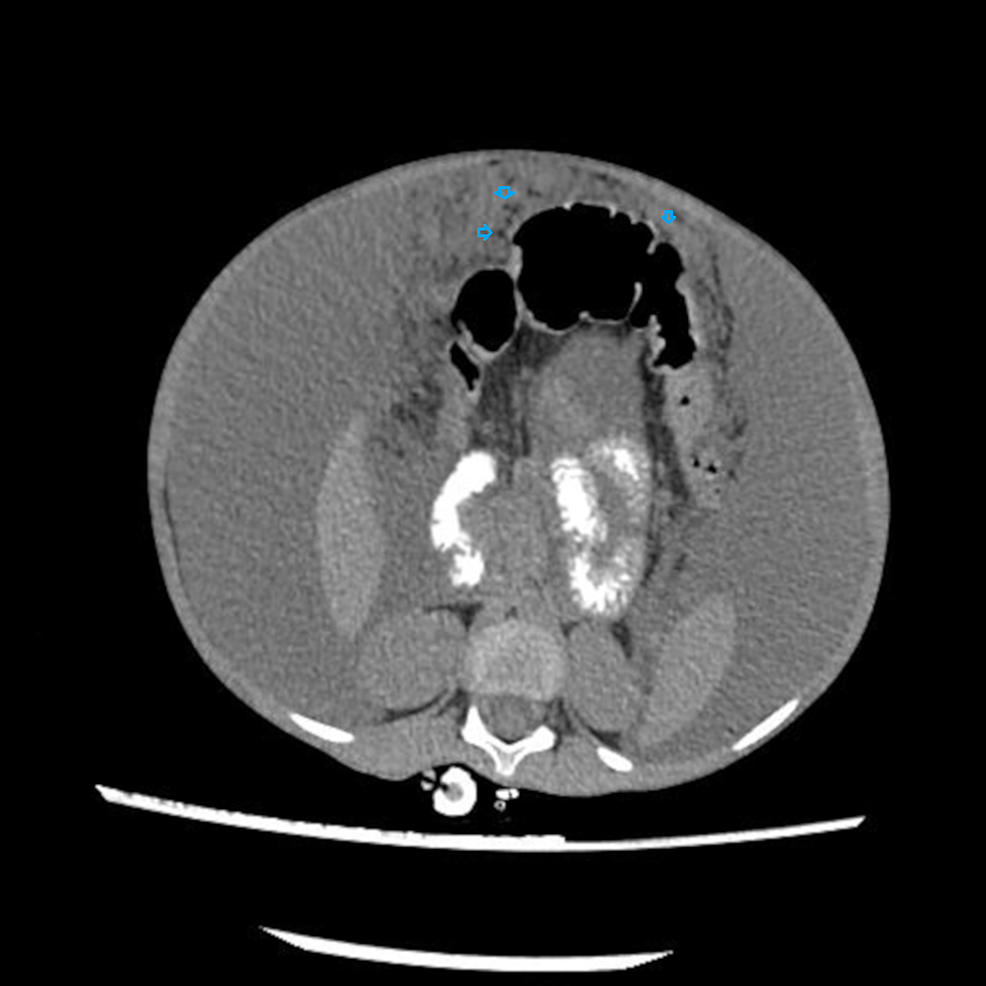 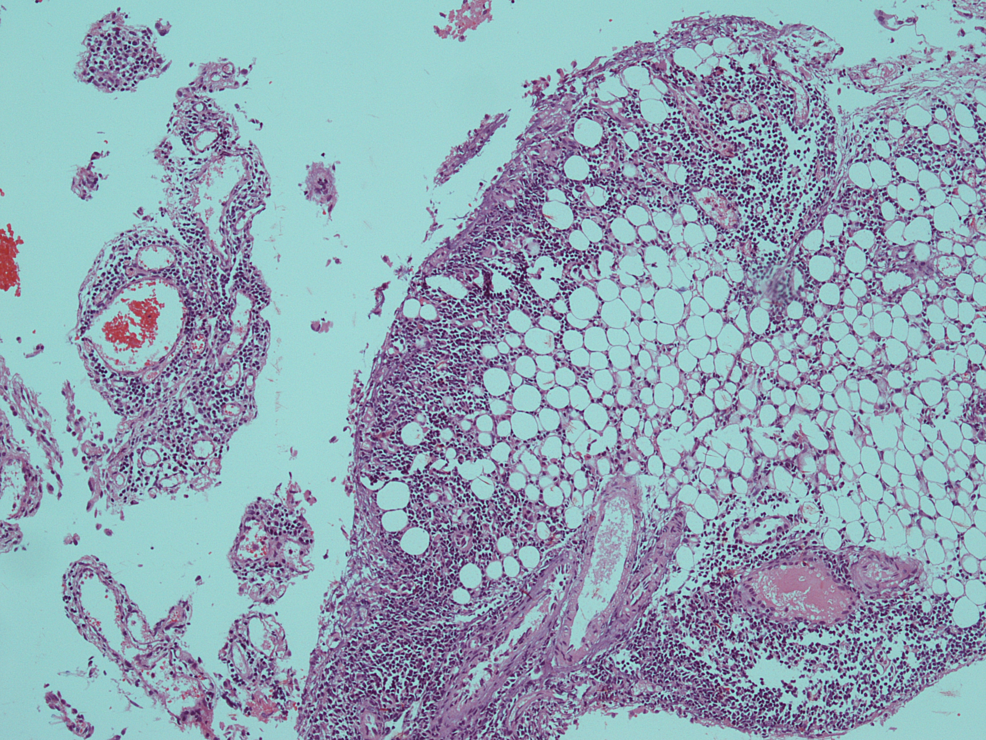 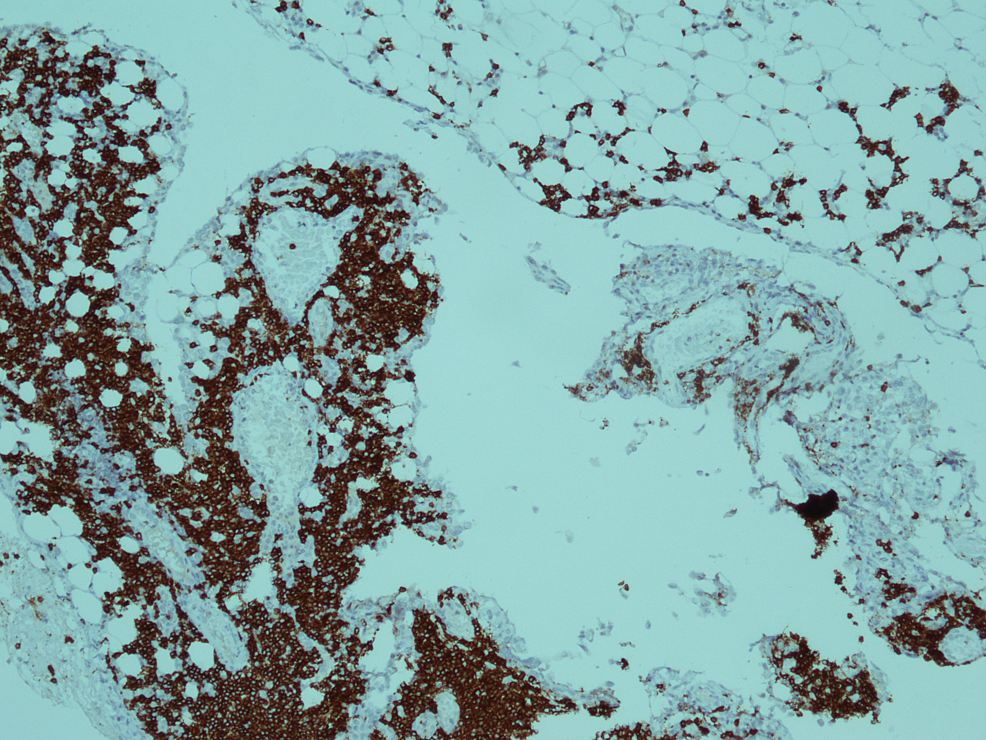 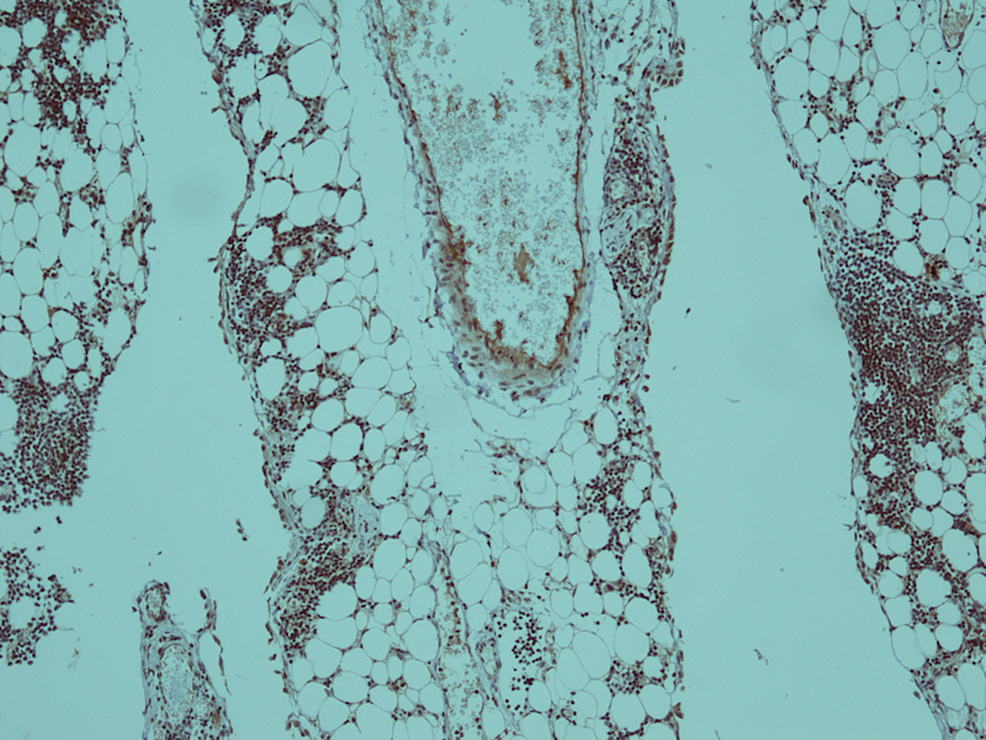 Peritoneal lymphomatosis is a rare presentation of lymphoma. Usually lymphoma does not involve the omentum, a peritoneal surface; because it is a fibrofatty tissue lacking normal lymphoid elements [7]. According to literature speculation B-cell acute lymphoblastic lymphoma/leukemia cells with greater 5T4 oncofetal antigen transcript are attracted by omentum and ovaries. Bone marrows from relapsed patients have a considerably higher proportion of these 5T4 positive leukemic blasts [4].

© Copyright 2018
Javed et al. This is an open access article distributed under the terms of the Creative Commons Attribution License CC-BY 3.0., which permits unrestricted use, distribution, and reproduction in any medium, provided the original author and source are credited.