Small cell carcinoma is rarely found to originate from the hypopharynx and there exists no treatment guidelines due to the small number of cases. Here, we present a case of a female patient with metastatic small cell carcinoma originating from the posterior hypopharynx with lymph node involvement. Her treatment consisted of chemotherapy with etoposide and cisplatin as well as radiation therapy. Her post-treatment computed tomography (CT) scan indicated resolution of the disease at the primary site and follow-up positron emission tomography (PET)-CT scan at three-month post radiation therapy revealed that the patient is clear of the disease.

The patient presented to her family physician with a six-month history of a fluctuating neck mass. An ultrasound of the neck was obtained, which showed an abnormal lesion noted between the submandibular gland and the carotid vasculature suggestive of a grossly abnormal lymph node. A biopsy was obtained, which revealed metastatic small cell carcinoma. A chest X-ray was done, which was normal. A computed tomography (CT) scan of the head, chest, abdomen, and pelvis was done, which showed no evidence of disease in the chest or abdomen, but did show soft tissue fullness in the posterior hypopharynx. A positron emission tomography (PET)-CT scan was done, which showed prominent large left-sided level II lymph nodes measuring 3.9 x 2.1 cm with increased metabolic activity, as seen in Figure 1. The hypopharynx also was fluorodeoxyglucose(FDG)-avid, as well as a contralateral level II lymph node. 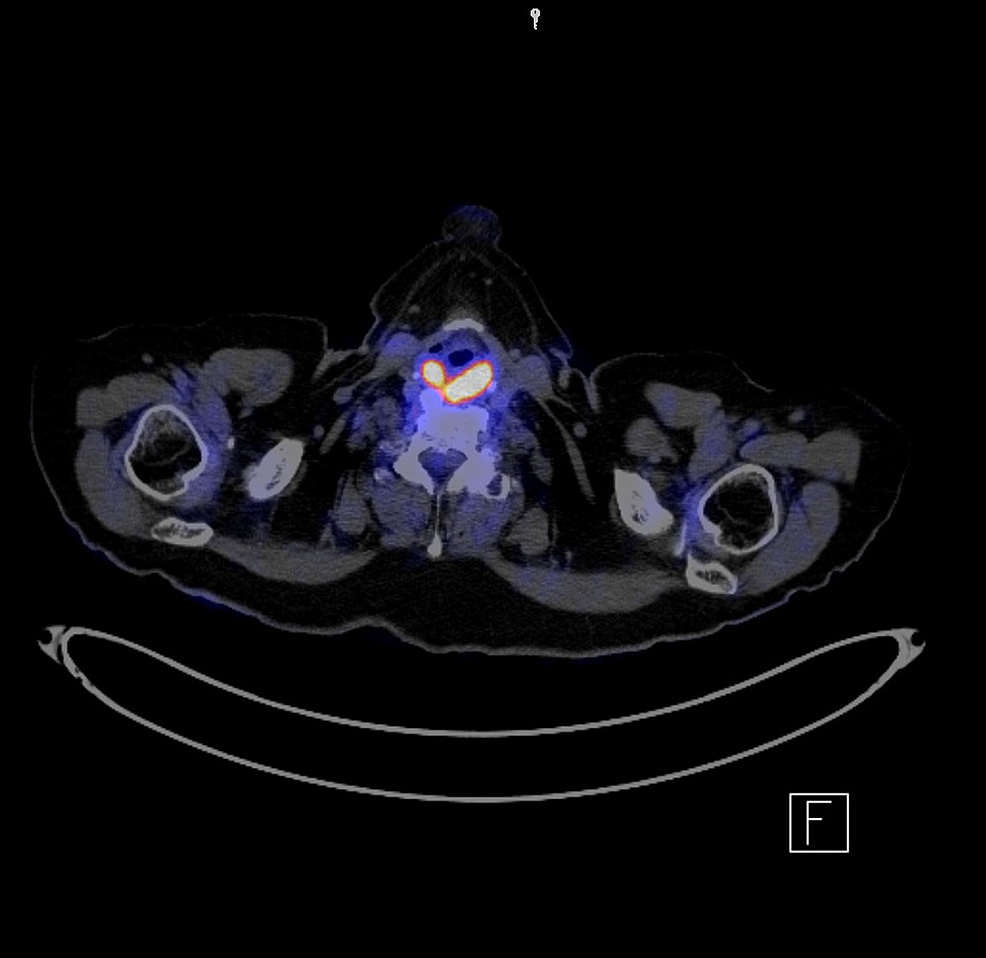 Past medical history was significant for hypertension, dyslipidemia, alcoholism, and hypothyroidism. She is a current smoker, with a previous 50 pack year smoking history.

She was started on cisplatin and etoposide chemotherapy. She began radiotherapy concurrently with her second cycle of chemotherapy. She received 60 Gy in 30 fractions to the gross disease and bilateral neck using a volumetric modulated arc therapy (VMAT) plan. She required placement of a percutaneous endoscopic gastrostomy (PEG) tube at the end of her treatment for nutritional support. She was planned for four cycles of chemotherapy, but only received three due to poor performance status. She did not receive prophylactic cranial irradiation (PCI).

Her initial post-treatment CT scan, done six weeks post treatment, demonstrated resolution of the primary site of disease, and a single remaining lymph node measuring 1 cm where it previously measured 3.9 cm. No distant disease was seen. CT head was normal. She had another PET/CT scan at three months post radiation therapy and was also clear of disease, as seen in Figure 2. 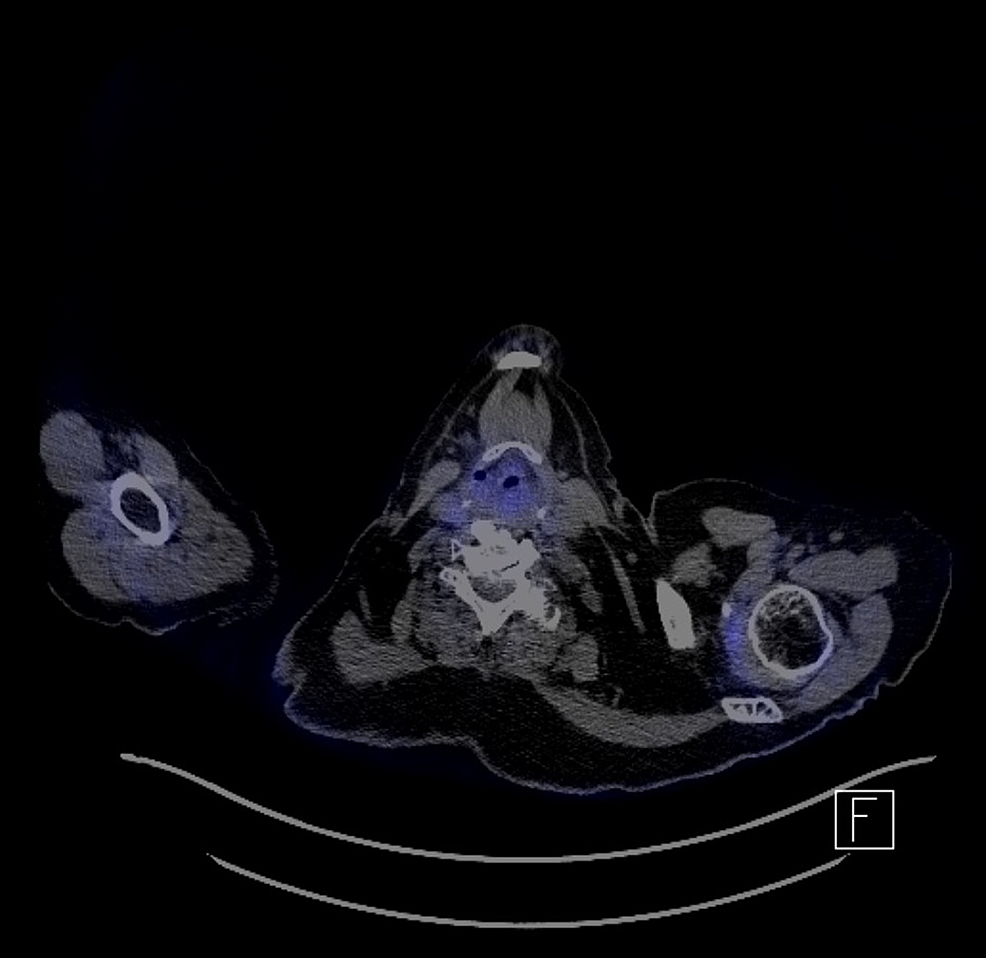 Table 1: Cases of small cell carcinoma of the hypopharynx

There are no guidelines for doses of radiation used to control the disease, although most cases indicate a high dose radical radiation dose of at least 50 Gy, except for palliative cases. This is similar for both laryngeal and hypopharyngeal small cell carcinoma [13]. Most of the cases reviewed employ radiation therapy in conjunction with chemotherapy.

Small cell carcinoma remains a cancer with relatively poor prognosis and due to a low incidence of extrapulmonary cases, especially those in the hypopharynx, large-scale studies and trials cannot be conducted. It would be beneficial to consider advancements in treatment modalities for small cell carcinomas of the lung, such as immunotherapy and apply them to extrapulmonary small cell carcinomas. Small cell lung cancer is closely related to abnormal regulation of autoimmunity, and promising advances have been made with immune checkpoint blockers [16].

Small cell carcinoma is rarely found to originate from the hypopharynx. Due to the low number of cases, there are no guidelines available to guide treatment. Combined chemotherapy and radiation therapy was found to be a common treatment regimen as guided by treatment for small cell carcinoma of the lung.

Faculty of Medicine and Dentistry, University of Alberta, Edmonton, CAN

© Copyright 2018
Sun et al. This is an open access article distributed under the terms of the Creative Commons Attribution License CC-BY 3.0., which permits unrestricted use, distribution, and reproduction in any medium, provided the original author and source are credited.

Table 1: Cases of small cell carcinoma of the hypopharynx