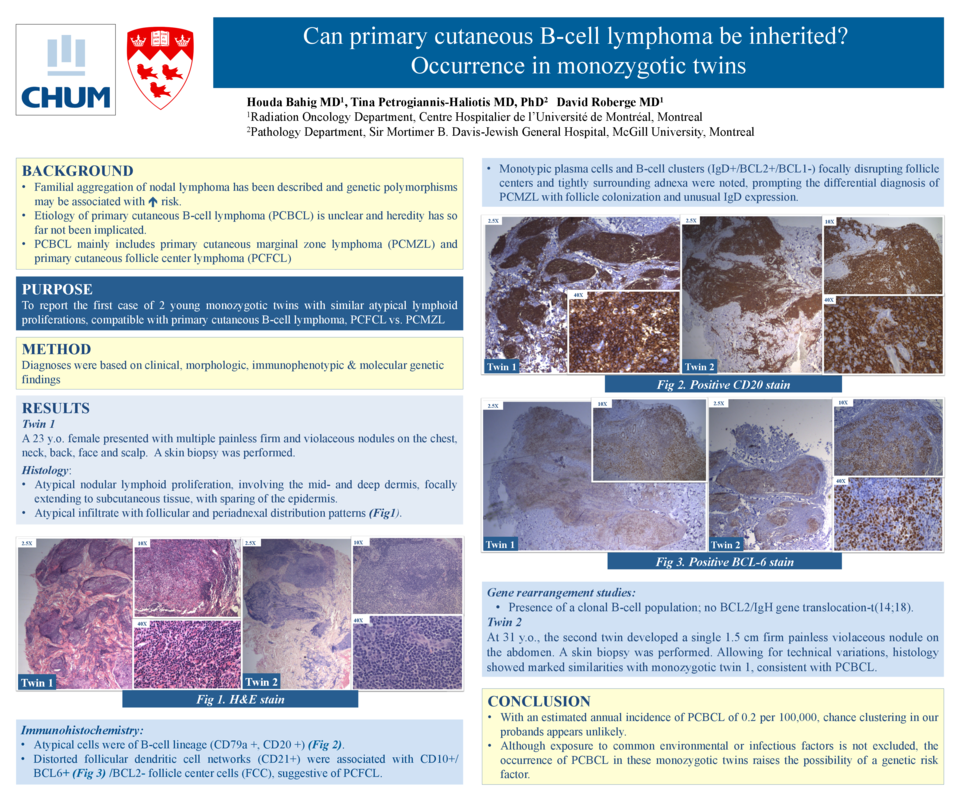 Background Although familial aggregation of lymphoproliferative disorders has been described and genetic polymorphisms may be associated with an increased risk of nodal lymphoma, heredity has not been implicated in the etiology of primary cutaneous B-cell lymphomas (PCBCL). In the vast majority of cases they include primary cutaneous marginal zone lymphoma (PCMZL) and primary cutaneous follicle center lymphoma (PCFCL), whose etiology remains largely unclear. Objective To report, for the first time, a case of two young monozygotic twins with morphologically and immunophenotypically similar atypical lymphoid proliferations, compatible with primary cutaneous B-cell lymphoma, PCFCL vs. PCMZL. Method The diagnoses were based on clinical, morphologic, immunophenotypic and molecular genetic findings. Results The first twin is a 23 year-old woman who presented with multiple firm, violaceous, non-tender skin nodules on the chest, neck, back, face and scalp. Histology showed an atypical nodular lymphoid proliferation, predominantly involving the mid- and deep dermis, focally extending to subcutaneous tissue, with follicular and periadnexal distribution patterns. Atypical cells were of B-cell lineage (CD20+/CD79a+). Variably expanded and distorted follicular dendritic cell networks (CD21+) were mainly associated with CD10+/BCL6+/BCL-2- follicle center cells (FCC), suggestive of PCFCL. A number of monotypic plasma cells and B-cell clusters (IgD+/BCL-2+/BCL1-) focally disrupting follicle centers and tightly surrounding adnexa were also noted, prompting the differential diagnosis of PCMZL with follicle colonization and unusual IgD expression. Gene rearrangement studies revealed the presence of a clonal B-cell population; no BCL-2/IgH gene translocation-t(14;18) was identified. Two years later, the same twin had an abdominal skin nodule biopsied. It showed similar morphologic and immunophenotypic features. At the age of 31, the second twin developed a single firm painless violaceous nodule. Allowing for technical variations, the histology of this biopsy showed marked similarities with those of her monozygotic twin, morphologically consistent with PCBCL. Gene rearrangement studies for this patient are in progress. Conclusion With an estimated annual incidence of primary cutaneous B-cell lymphoma of 0.2 per 100,000 (at least in Europe), chance clustering of PCBCL in our probands appears unlikely. Although exposure to common environmental or infectious factors is not excluded, the occurrence of PCBCL in these young monozygotic twins raises the possibility of a genetic risk factor. Further study of such rare cases may offer insights into the etiology and pathogenesis of this unusual disorder.
ADVERTISEMENT 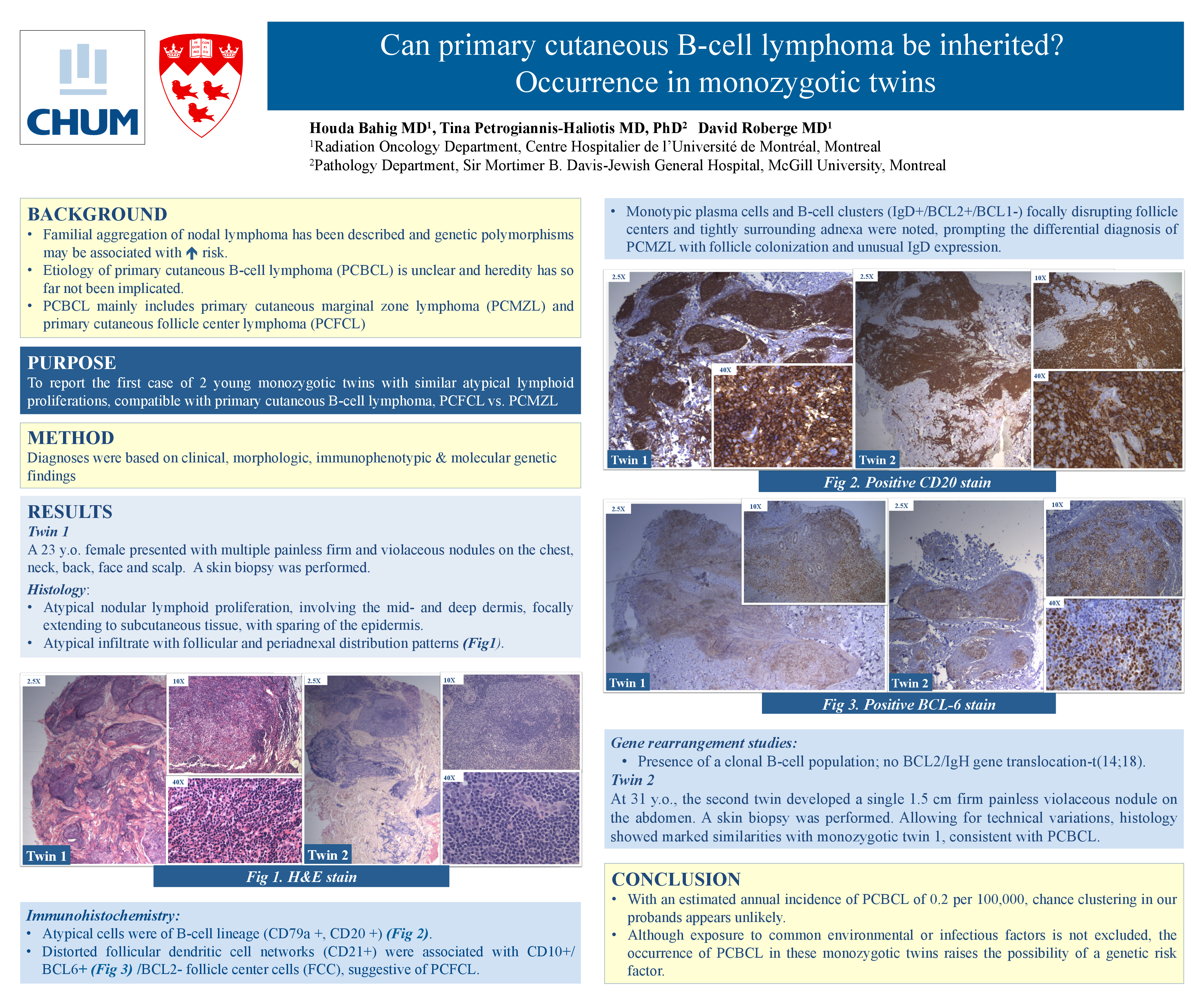